ASTANA – Thanks to steady economic growth, Air Astana’s international passenger traffic posted significant improvement in the first half of the year. 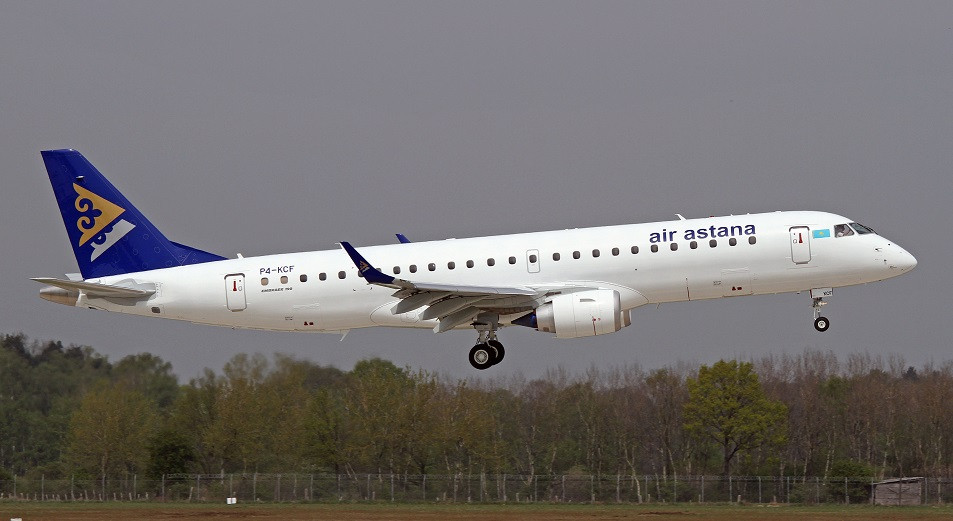 “The economy of Kazakhstan is showing a slight recovery after two difficult years and we expect that the recovery process will accelerate in the process of economic diversification,” company president Peter Foster told the media.

The growth of international passenger traffic is “encouraging, especially in terms of business travel,” he noted.

“Such factors as the international specialised exhibition EXPO 2017 with facilitated visa procedures, the new terminal at the Nursultan Nazarbayev International Airport in Astana and constant work on the development of the airline favourably influenced the restoration of passenger traffic,” he said.

“Despite high prices for aviation fuel in Kazakhstan, the unit cost remains competitive, which allows us to increase our share in the segment of long-haul international air transportation. This is promoted by our reputation as the airline with a high quality of service in foreign markets. Our yet another Skytrax award in the nomination Best Airline of Central Asia and India is a confirmation of that reputation,” he added.

“We recently signed an agreement to purchase five new Embraer E190-E2 aircraft in the fall of 2018. The new Embraer E190-E2 airliners, together with the Airbus A320neo planes, have already been delivered to us. These are aircraft with low fuel consumption. All our steps will further enhance the efficiency of our business and improve the quality of the product,” he said.

The national airline transported 1,894,391 passengers from January-June, according to its Aug. 1 press release.

Air Astana currently has itineraries of more than 60 international and domestic flights operated from the Almaty and Astana airports. The fleet consists of 31 aircraft such as Boeing 767-300ER, Boeing 757-200 and Airbus A320, including A320neo, and Embraer E190.

The airline became the first carrier among the Commonwealth of Independent States (CIS) countries and Eastern Europe to be awarded a prestigious four-star rating by the international agency Skytrax in 2012 and the title of Best Airline in Central Asia and India. Air Astana repeated both awards for the next five years.