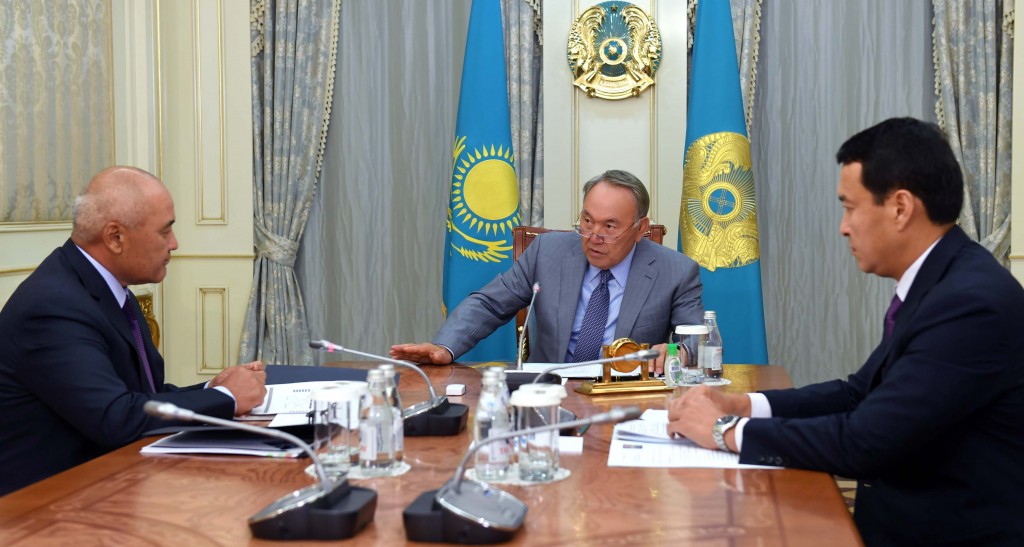 Established in 2008, the fund manages assets, either in whole or in part, worth $66.7 billion in strategic national companies in various sectors, including KazAtomProm, Air Astana, Kazakhstan Temir Zholy and KazPost.

Following the instruction of Nazarbayev in 2013, the fund launched the transformation programme a year later to double the value of the fund assets, boost production efficiency and improve assets management.

The privatisation programme envisaging the sale of 215 companies, unveiled the same year, was meant to optimise the assets portfolio and enhance the performance of companies once they are put into a competitive environment.

Nazarbayev emphasised the importance of the fund for the Kazakh economy.

“Samruk Kazyna serves a special role for the country’s economy. It manages the important state assets. The situation is now good. Prices for metals remain at a good level,” noted the Kazakh President during the meeting with Shukeyev.

Shukeyev reported the progress in the fund activities in the last seven months.

“Production and cost indicators of the fund are much higher compared to the previous year. In general, the situation within the fund is now stable. Currently, we are implementing over 130 transformation projects in subsidiaries. The privatisation of 60 percent of 215 companies sought for privatisation is completed. Now we are proceeding to selling large companies,” Shukeyev said.

He also touched upon the course of preparations for the International Forum of Sovereign Wealth Funds (IFSWF-2017) scheduled for Sept. 5-7 in Astana. The event will bring nearly 200 participants, including representatives of sovereign wealth funds from more than 30 countries, multilateral development and financial institutions and foreign investors, together to review issues for investment community amid unstable global economy.