By Zhanna Shayakhmetova in People on 7 July 2017

ASTANA – What are the prospects of using blockchain? How can genetic profiling transform lives? Why are robotics classes popular in the country?

To learn about the top digital trends and their advantages, The Astana Times interviewed Nazarbayev University Science and Technology School robotics instructor Artur Saudabayev. He was invited to speak about blockchain this year at the Eurasian Media Forum. 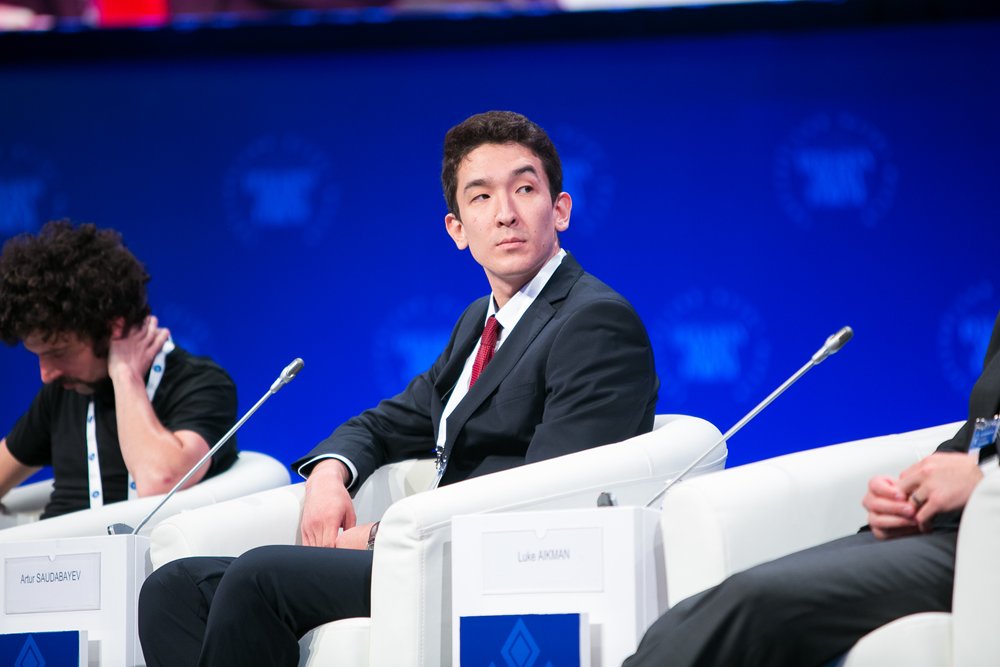 “I had a wonderful opportunity to take part in the forum as a speaker on the panel dedicated to the digital revolution. Talks were mainly focused on blockchain. This technology as one of the most significant trends is a decentralised database for storing and conducting transactions in various fields,” he said.

Saudabayev is confident the transformative, revolutionary technology is a popular topic, as many governments want to create their own cryptocurrency and transfer certain processes to blockchain.

“We need to consider this technology, too,” he said.

Saudabayev, 28, started his career as a robotics department teaching assistant at the university in 2012. He then received a Master’s Degree in Informatics from the University of Edinburgh.

“There are different opinions about blockchain. Some say that it can change our life and blockchains today are like the Internet,” he added. “Cryptocurrency and bitcoin prices have increased recently. This attracts much attention as people see this as a way to invest money.”

He also presented an analysis of technologies, their social significance and the prospects for their introduction in Kazakhstan.

“It is important to understand what this technology is, what prospects it has and how it works. The cryptocurrency market is actively developing and people are interested in investing without understanding the mechanisms. There is a need to instruct people to make a more informed decision,” he said. 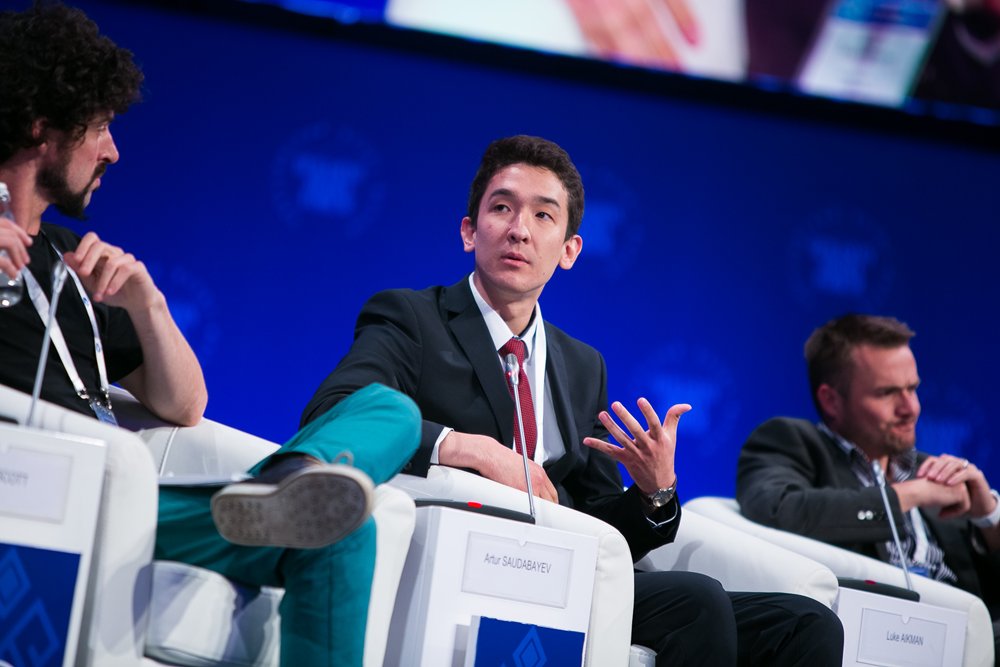 Saudabayev noted the interesting and dynamic transformations taking place in the country.

“People are given the opportunity to express themselves via social media. Local authorities and state agencies became open and accessible to dialogue with the population. This has increased respect for some individuals and state institutions. Blockchain can also be developed in our country. This technology stores all its data on transactions on the computers of network members; that is, everyone has their own copy. The main advantage of this is absolute transparency, so you can track all the transactions,” he said.

Recently, there was a proposal to transfer the value-added tax (VAT) system to the Kazakh blockchain.

“This will improve the relationship between people and government, not to mention the technological advantages of this system. It creates an advantage in preserving data from its centralisation and availability,” he said.

Saudabayev shared his experience participating in FameLab, a competition initiated by the British Council with the support of Chevron.

“Science communication is at its early stages of development in our country. The researcher not only needs to exchange ideas with colleagues, but also tell the public about his or her studies. This is not a simple task, as people used to reject or did not agree with new information. People believe that science is something not interesting, boring, but there is a unique opportunity to break this stereotype,” he said.

After winning the national stage in the FameLab competition, Saudabayev took part in FameLab in the U.K. with skilful millennials from more than 20 countries in Africa, Asia and Europe.

“I spoke about ‘Genomewide association studies for human diseases.’ I consider the analysis of DNA will greatly change our lives. The contest performances were fascinating. It was broadcast all over the world and I’m glad that our country is part of this movement,” he said.

People should understand what lies behind the changes, how technologies and science are developing and what progress brings, and the event is a unique chance for scientists to share their knowledge, he added

“We can live proactively, not reflectively, and evaluate our prospects for health and lead an informed lifestyle with the analysis of DNA. Of course, there are a number of challenges, because if these data are available, they can be stolen or they can provoke discrimination. Genes speak only about chance, but they can become instruments of discrimination,” he said.

Saudabayev’s main area of ​​interest is machine learning as a subsection of artificial intelligence.

“I’m working on the cognitive neurosystems of robots, their visions and brains. It’s great when students participate in the process of creating robots that understand where they are and make some decisions according to the code that our students have invested. It’s inspiring. Robotics are trending because it is a motivating and interesting way to learn programming and logic and this course always attracts students,” he said.