ASTANA – Thirty-eight couples were married July 5 in the lead up to Astana celebrating its 19th birthday. The annual ceremony took place at Atameken cultural centre, where every year Kazakh President Nursultan Nazarbayev kicks off the celebrations of the Astana Day during a flag raising ceremony. 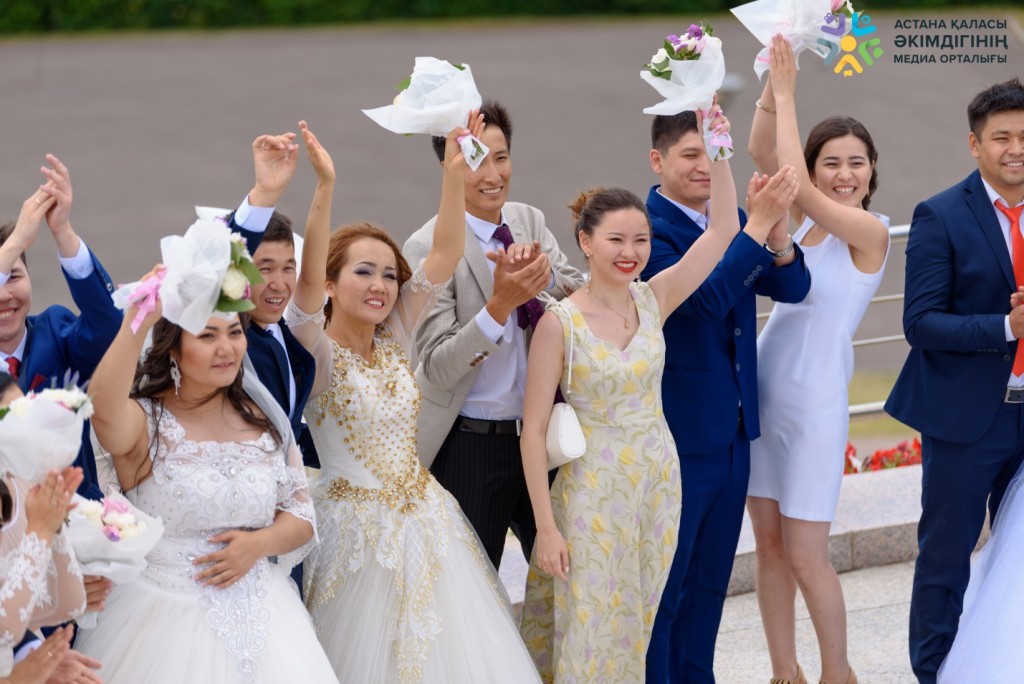 “This year young people starting from the age of 18 are taking part in the ceremony, but there are also older couples, who are 65 and even 68. We do not have a particular selection process. We accept everyone who is willing to get married on the Astana Day. They just need to submit an application to a registry office,” said project organiser  Gulnara Sagyndykova.

An entertainment programme awaited newlyweds as well as a photo and video shoot, reception, presents and souvenirs with all of them being free. The ceremony also featured a large release of doves accompanied by balloons. 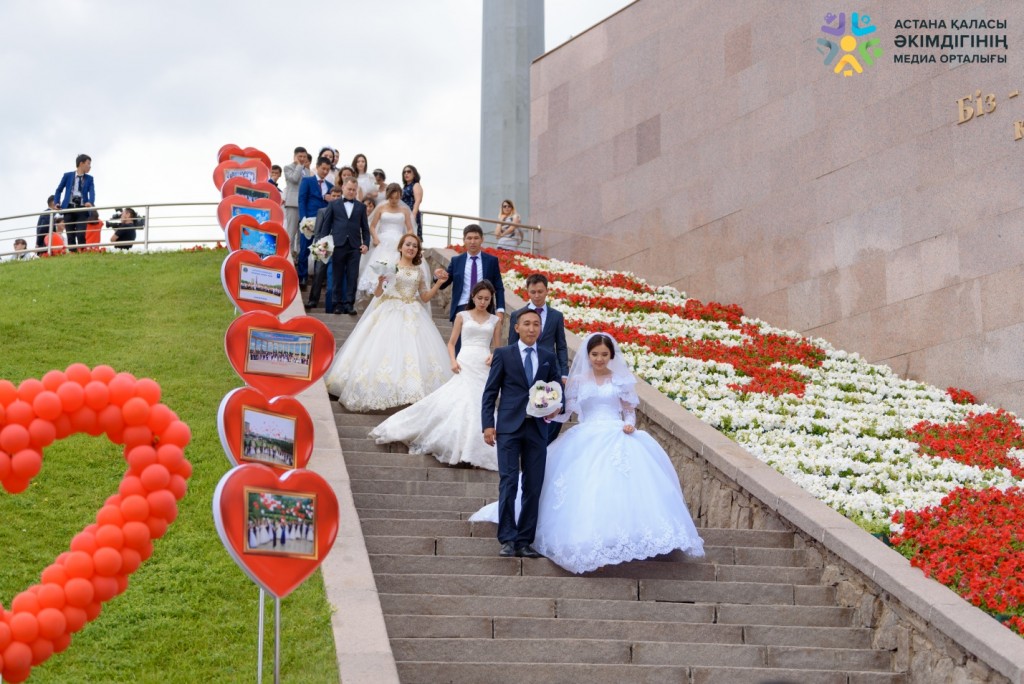 This year marks the 10th anniversary of the mass marital ceremony in which more than 500 couples have participated over the years.

“One can say that 10 years is not that much, but at the same time it is a solid age. None of the couples that married July 6 divorced. Why? Because it is a huge responsibility before the entire nation. I believe these couples are the happiest,” added Sagyndykova.

One of the couples, Dmitry and Ainash, initially planned to marry July 1, but soon after they submitted a marriage application, the city’s registry office got in touch with them and told about the opportunity to marry July 6.

“Astana Day, the expo, our wedding. This is a wonderful day. We are very happy. When we learnt about this project, of course, we accepted the offer with great joy. Now we are here. We love Kazakhstan, we love expo and Astana and we love each other,” Ainash shared her feelings.

Unlike in the first years of the project, couples are now eager to participate, noted the organisers.

As part of the ceremony, the couples also left notes in the ceremony book. “We have the book that contains wishes from all couples since 2008,” added Sagyndykova.

Among the prizes in a draw were a trip to Turkey and the Borovoye resort area.