A comprehensive set of reforms aimed at enhancing the country’s civil service is currently well underway, in line with the 100 Concrete Steps programme put forward by Kazakh President Nursultan Nazarbayev in 2015. The first 15 steps of the programme focus on improving civil service. 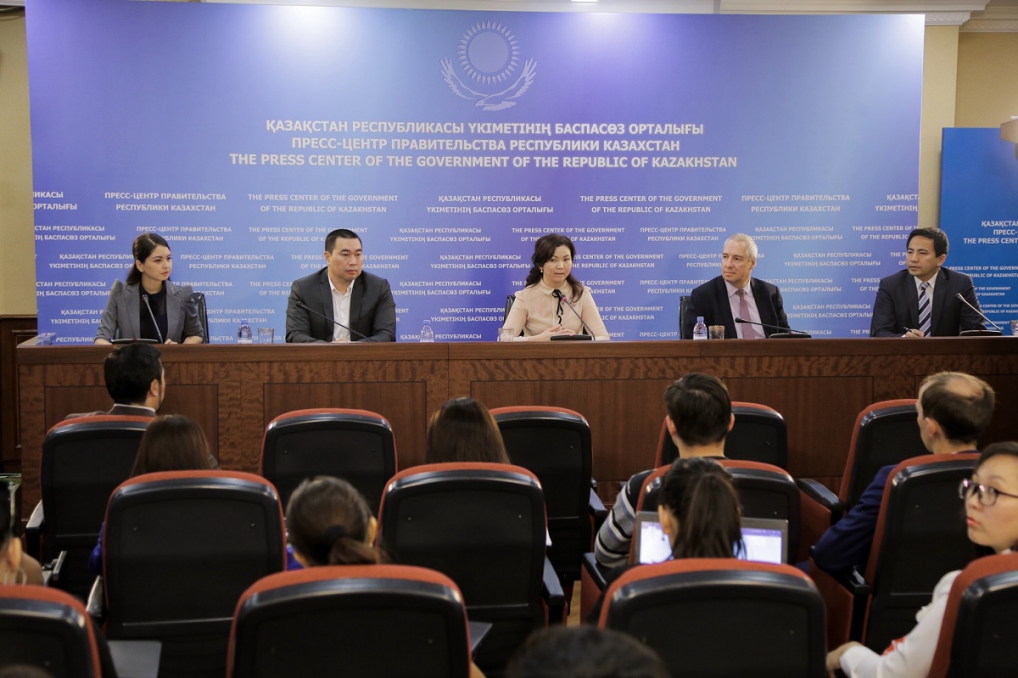 According to Shaimova, unlike in previous years, those who start their civil service career now have to begin from the lowest position and are entitled to promotions solely based on their merits.

“We are witnessing a threefold growth in the number of civil servants who begin their careers at the bottom – from 2,259 up to 7,706 since the launch of these reforms. Before 2016, a person was eligible for civil service positions of different levels without any experience right after receiving a diploma. Now there is no such opportunity,” noted Shaimova at the briefing, which was devoted to the progress in implementing the reforms.

The previous approach created opportunities for nepotism and favouritism across civil service bodies, she added. “This, of course, discouraged servants and facilitated a negative attitude towards career prospects in civil service. The current model solved this problem, because we already see that nepotism has almost been eliminated. Now at least one year of experience in a position is required to get promoted to the next level,” Shaimova explained.

Based on the current rules, every candidate has to go through a three-stage examination, in which they need to demonstrate a good knowledge of laws, personal skills and competency, as well as pass an interview.

In addition, candidates are eligible to bring independent observers – deputies of all levels, media, and representatives of nongovernmental organisations or the agency – to their interview, which supports transparency and objectivity and excludes the possibility of appointments based on factors other than merit.

Starting a civil service career may not offer a high salary, which sometimes serves as a demotivating factor for public officials, not to mention possibly dragging down productivity. The agency is trying to tackle this problem with a new wage methodology for civil servants.

Unlike the current wage mechanism, which incorporates only experience and position, the new methodology also includes one’s merits and contributions to a particular position.

The pilot new wage methodology project will launch next year in three state bodies: the agency itself, the Ministry of Justice and the Almaty region Akimat (Governor’s Office). Based on the results and with necessary adjustments, it will later be introduced across the country.

“[The] 100 Concrete Steps programme is designed to ensure Kazakhstan’s further comprehensive development and it is noteworthy that the first 15 steps of the programme concentrate on improving the civil service system, because in any country, civil service is at the forefront of implementing all political, economic and social reforms. It is crucial that the government is focused on the principles of meritocracy, transparency and efficiency,” noted Aston.

“I hope that upon implementation of this plan, Kazakhstan’s civil service will become closer to international standards, including [Organisation for Economic Cooperation and Development] OECD standards,” added Aston.

So far, 11 steps have been implemented and the remaining four are in progress.