ASTANA – President Nursultan Nazarbayev recently signed the Law On Amendments and Additions to Some Legislative Acts of the Republic of Kazakhstan on Road Traffic, according to the press service of Akorda. 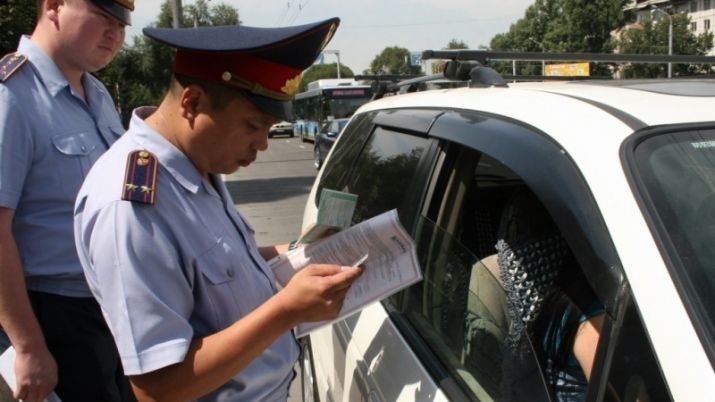 Amendments seek to curb corruption, particularly p the cost for good-looking car numbers will rise next year. The duties of the police officers while stopping a vehicle underwent changes. For example, police officers will have to immediately come up to the driver, introduce himself or herself, present a certificate, explain the reason for the stoppage and provide the radar data if it was used after the vehicle traffic is stopped.

“A list of prestigious numbers with an increased fee has been expanded; the document also envisages the right of the driver to photograph and videotape when the transport is stopped. The law defines the special measures of law enforcement and special agencies, the conduct of which provides grounds for stopping a transport and provides for the cancellation of the requirement for mandatory re-examination of an overdue driver’s license,” the report said.

The ban on the transportation of passengers at night by non-regular road carriers has been lifted, as aerographic drawings on vehicles are no longer forbidden. In order to prevent drunk driving, it is proposed to deprive driving licenses for three years, both for driving under the influence of alcohol and for refusing to undergo an examination for intoxication. In addition, the penalty for stop line violation before the traffic lights is reduced from five to three minimum calculation indexes (MCI). That is 6,807 tenge (US$20.8).

“Until now, these amendments were written only in the order of the Minister of Internal Affairs and have not always been fulfilled. Legislative regulation of the duties of police officers in this matter will ensure their strict implementation,” Mazhilis (lower house of Parliament) member Kanat Mussin noted, adding that the amendments do not affect the concept of the draft law.

The President also signed the law On Amendments and Additions to Some Legislative Acts of the Republic of Kazakhstan on Improving the Law-Enforcement System aimed at strengthening the legal protection of law enforcement and special state agencies’ employees and servicemen in the performance of their duties. The document also specifies the humanisation of criminal legislation and reduction of sanctions for violations in business.