By Staff Report in International on 11 July 2017 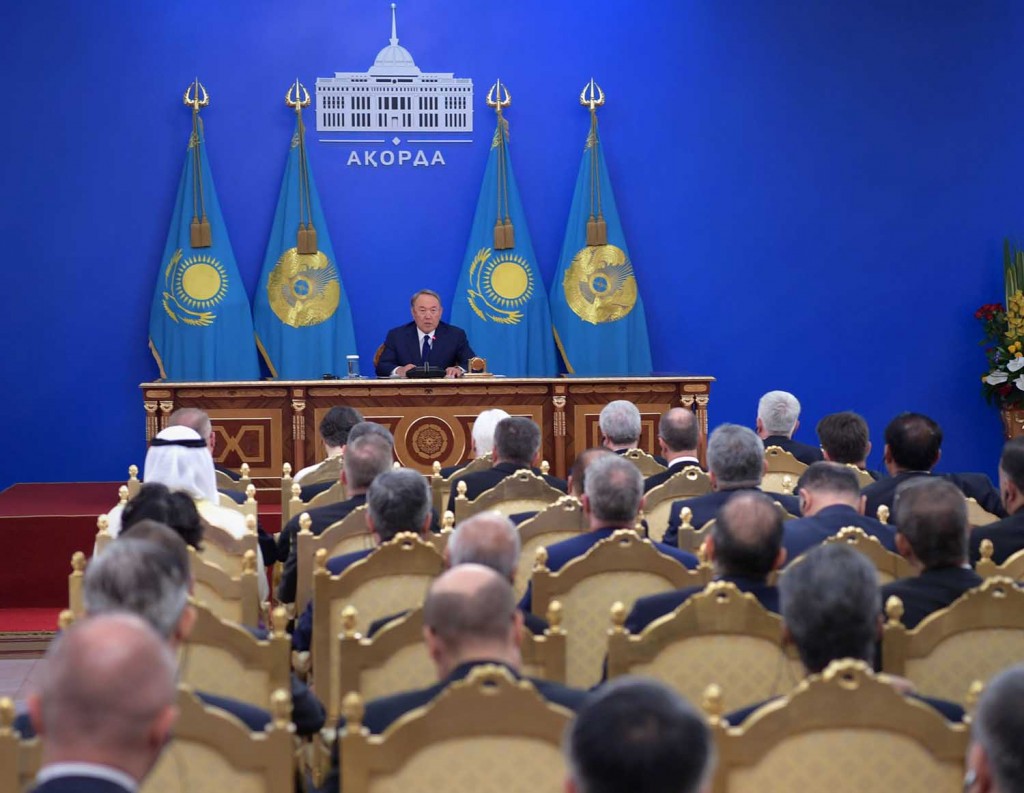 “August 29 marks the International Day against Nuclear Tests designated by the United Nations and we planned to hold the 60th anniversary session of the Pugwash movement of scientists aimed at nuclear disarmament [on that day]. The opening ceremony of the first LEU bank under the auspices of the International Atomic Energy Agency (IAEA) in Kazakhstan is scheduled the same day,” Nazarbayev said as he addressed July 3 the heads of diplomatic missions accredited in the country.

The ceremony will also feature the award for nuclear disarmament established by Kazakhstan, noted the President.

Nazarbayev said instability and tension internationally affirm the urgency of Kazakhstan’s efforts in building a nuclear weapon-free world as the main goal of the humankind in the 21st century.

The LEU bank will operate as a mechanism of last resort; in case of unforeseen disruption in a commercial market of uranium, countries that are unable to procure uranium for their nuclear power plants can request LEU from the bank under certain conditions. Thus, it will ensure a global nuclear fuel supply and facilitate nuclear non-proliferation efforts.

The bank will be based at the Ulba Metallurgy Plant in Ust-Kamenogorsk in eastern Kazakhstan. The plant has dealt with and stored nuclear materials for more than 60 years without any incidents.

The idea to establish the LEU bank was initially put forward in 2006 by Sam Nunn, co-founder of the Nuclear Threat Initiative (NTI), a non-profit organisation aimed at strengthening global security by minimising the proliferation of biological, chemical and nuclear weapons.

The IAEA authorised the initiative in 2010 and Kazakhstan volunteered the following year to host the bank. Kazakhstan voluntarily renounced the world’s fourth largest nuclear arsenal, which it inherited after the collapse of the Soviet Union in 1991.

The sides negotiated the terms of a host state agreement since 2011, until the official signing ceremony took place in August 2015 in Astana with the participation of then Kazakhstan Minister of Foreign Affairs Erlan Idrissov and IAEA Director General Yukiya Amano.

The funding is based on voluntary contributions from the NTI, the U.S., the European Union, the United Arab Emirates, Norway, Kuwait and Kazakhstan, which in total equals to $150 million, believed to be enough to procure 90 tonnes of low enriched uranium.