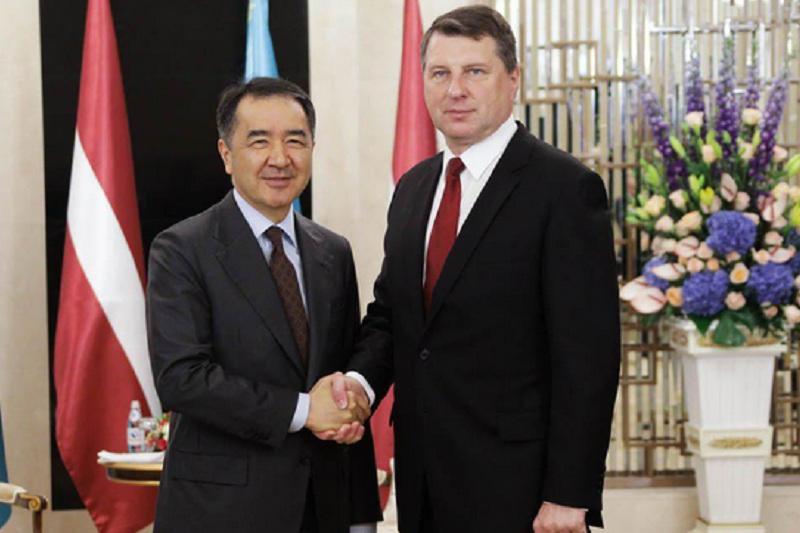 They also focused on transit transport as well as small and medium-sized business development.

One day prior, Vejonis took part in the celebration of the National Day of Latvia at EXPO 2017.

“Holding EXPO 2017 in Astana once again stressed the role Kazakhstan in the modern world. Participation of Latvia in this exhibition is a very important event for our nation. EXPO 2017 will give new opportunities for Latvian entrepreneurs,” he said at the opening ceremony.

“Cooperation between Latvia and Kazakhstan is based on openness and mutual respect. Our countries are bounded by a common history and successful economic cooperation. Kazakhstan’s advantages include the developed infrastructure, as well as ties with China and other countries of the region. In turn, Latvia can provide communication with Northern Europe,” the Latvian President said.

According to Vejonis, bilateral cooperation will continue to develop in transport, tourism, environmental protection, information technologies, construction and other sectors.

Addressing the audience, Mamin noted that this year diplomatic relations between Latvia and Kazakhstan turn 25. He also spoke about opportunities for the development of transit sphere between the two countries.

Within the ceremony, the Latvian side presented a concert programme, including famous jazz musicians and other artists.

The Latvian delegation also visited the national pavilions of Kazakhstan and Latvia.

Today, there are more than 60 Kazakh-Latvian joint ventures operating in Kazakhstan.