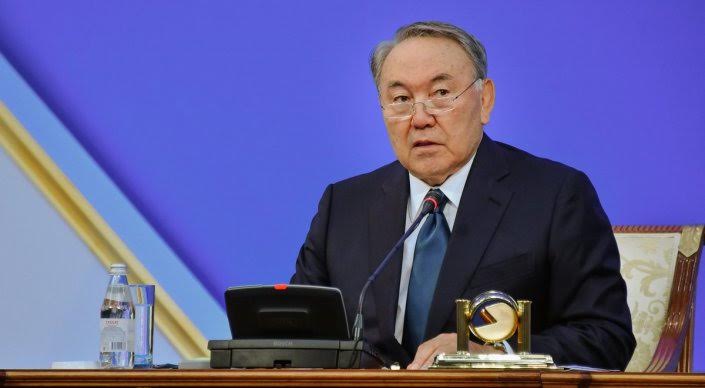 “In 1991, when Kazakh independence was declared, the share of ethnic Kazakhs was only 40 percent of the state’s population. When I participated in elections, I was afraid to think what percent of the votes we would get. Now, the share of ethnic Kazakhs is more than 70 percent. Praise the Almighty that over the years we have kept the size of Kazakhstan’s population. Every year more than 400,000 children are born. I declare that as of July 1, the (population of Kazakhstan) will be 18 million people,” said Nazarbayev.

This number could also increase as a result of a recent presidential order to reduce the red-tape required for Kazakhs to return to their homeland. This news was well received by the more than 800 ethnic Kazakhs from 39 countries who participated in the Kurultai.

The President also announced another order at the event creating the Otandastar Fund to support foreign compatriots.

The new organisation, together with World Association of Kazakhs, will soon determine the measures for resettlement of Kazakhs and their relationship with their compatriots.

“We helped the Bulgarians, Chechens, who were resettled from the North Caucasus at the proper time. Why can’t we help our native Kazakhs? Kazakh business people are encouraged to participate in the creation of a fund of compatriots. The leadership of the Kurultai, the presidential administration and the government are ordered to create the above-mentioned fund,” President Nazarbayev said.

“The figures are positive. We have not published figures by regions for a long time. In general, the census, you know, is held once every ten years, but information on the operative data is collected regularly,” First Vice-Minister of National Economy Ruslan Dalenov said.

“We get data on how many people were born, minus how many came, left and so on. We will post such information using an online counter, which will help to monitor the population,” he added.

Chairperson of Committee on Statistics of Ministry of National Economy Nurbolat Aidapkelov gave more specific data, saying, “according to the latest figures, the population was 17,994,000 people as of May 1. In general, we believe the population will have increased by 241,000 people this year.”