ASTANA – Kazakhstan and China signed $160 million in agreements July 11 during the Kazakh-Chinese Agriculture Investment Forum held as part of a two-day visit to the capital by Chinese Minister of Agriculture Han Changfu at the invitation of the Kazakh Agriculture Ministry. The forum brought together more than 100 business, education and science representatives from both nations. 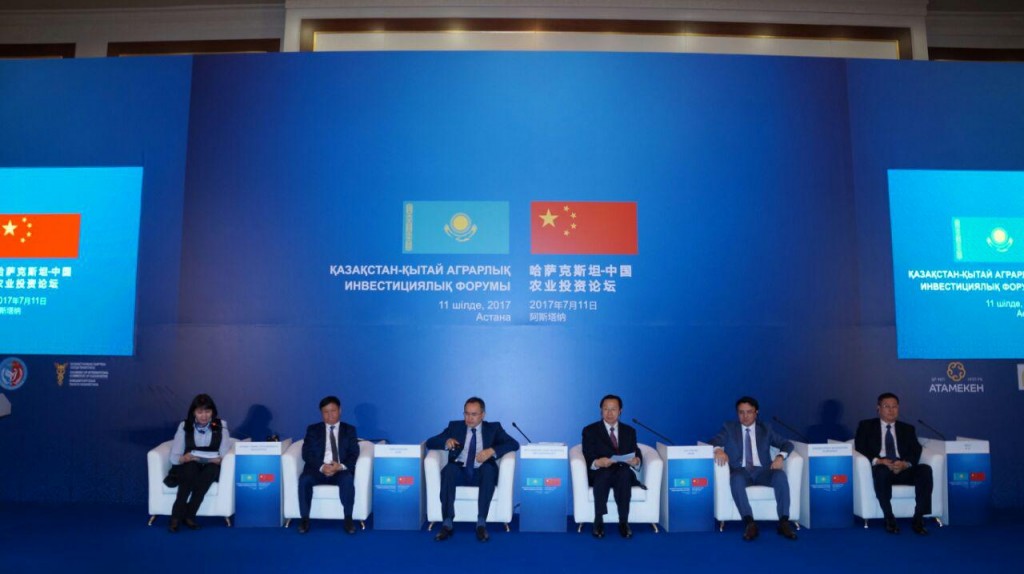 “During the forum, seven agreements were signed worth $160 million in total. Three of them are agreements dealing with trade. This is the agreement with our Food Contract Corporation that stipulates the supply of 200,000 tonnes of grain and 100,000 tonnes of oil crops [to China], as well as the construction of a grain terminal at the Kazakh-Chinese border,” said Kazakh Deputy Agriculture Minister Gulmira Issayeva, as quoted by Kazinform.

Construction of a biosafety laboratory will begin in several stages.

“The first stage will run based on the grant provided by the Chinese side aimed at the establishment of a modern veterinary laboratory, where specialists will be able to conduct joint research of farm animals’ diseases. Afterwards, a laboratory of a similar kind will be established to study quarantine objects and thus we will cover the entire range of agricultural products,” added Issayeva.