ASTANA – The Mangystau region Akimat (regional administration) signed a memorandum of understanding with Malaysian company Reach Energy as part of the Kazakhstan – Malaysia business forum, according to inform.kz. 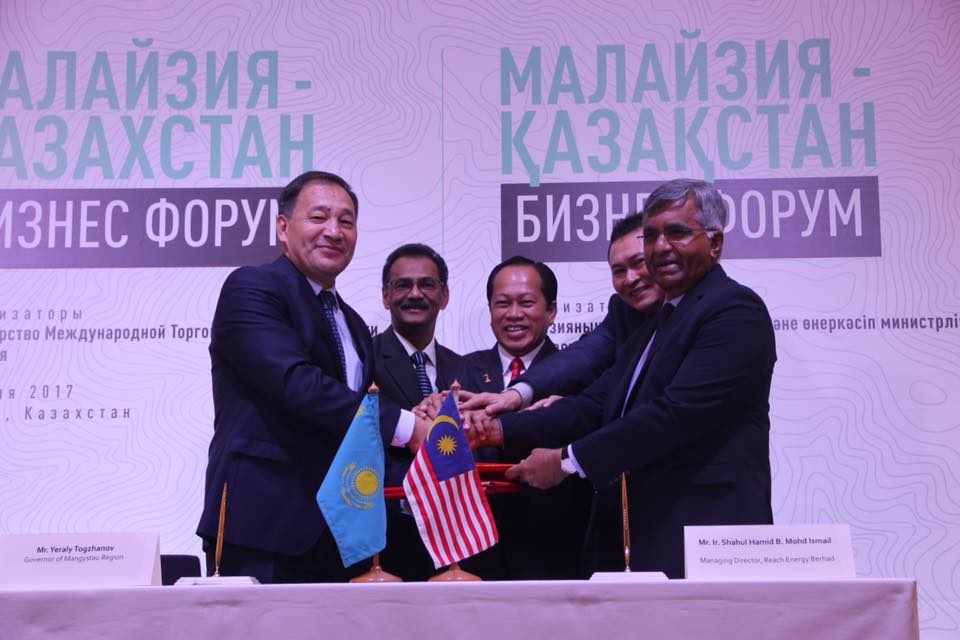 “The signing of the memorandum is another milestone on the way of the social and economic development of our peoples, taking into account mutual interests. Considering that more than 90 Malaysian government representatives and businessmen are taking part in the expo, we expect more contracts and memorandums to be signed between Kazakh and Malaysian companies,” said Malaysian Deputy Minister of International Trade and Industry Haji Ahmad bin Haji Maslan.

Under the agreement, the company will support the region in attracting Malaysian investments for infrastructure projects and the oil and gas, construction, electric power, water supply and tourism industries, targeting $500 million-$1 billion in three years. Conversely, the regional administration will assist the company in achieving the memorandum goals and protecting the investment.

In general, the memorandum will help strengthen information exchange between the countries, which will open new opportunities for Malaysian companies when investing in Mangystau region. At the same time, the regional administration will serve as a single centre for disclosing its investment potential.

While much of the focus was on Malaysian funding in Mangystau, hopefully more Kazakh companies also invest in Malaysia, added Maslan.

“To date, eight Malaysian companies have invested in Kazakhstan and certainly these investments have generated wealth for the people, whether in Kazakhstan or Malaysia, including providing jobs,” he said.

Reach Energy has developed 54 oil and gas wells in the region and plans to increase the number to 88 by 2026.

“This field (in Mangystau) itself is 850 square kilometres in size; that’s slightly bigger than Singapore. Lots of opportunities are there and it’s only partially explored in terms of oil and gas. The oil is of very high quality,” said Ismail at the press conference.