Kazakh minister urges citizens to save money for housing

ASTANA – Kazakh Minister for Investments and Development Zhenis Kassymbek recently urged the government to encourage citizens to save money to buy housing. 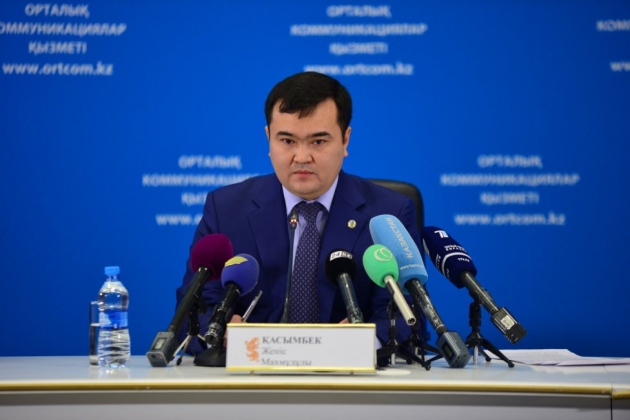 According to the minister, House Construction Savings Bank (HCSB) has 965,000 contracts worth 464 billion tenge (US$1.4 billion), of which about 25,000 contracts have 30 percent of savings for 118 billion tenge (US$362.9 million) for the repurchase of housing built by the operators. The operators plan to provide over 19,000 apartments to depositors and those on a waiting list.

“In order to maintain the solvency of the population, we recommend city’s authorities and the HCSB to strengthen work with the population on the culture of housing savings and consider the possibility of attracting state enterprises and legal entities to stimulate their employees to accumulate funds,” the minister said.

Kassymbek also noted that the Zhambyl, Kyzylorda, Atyrau and Kostanai regions lag behind in term of the number of depositors with the necessary amount of savings.

A decrease in the rate of housing commissioning was observed in the Almaty and Pavlodar regions.

This year, 33.8 billion tenge (US$103.9 million) was transferred to the regions for the timely commissioning of housing construction projects. Of them, 29.3 billion tenge (US$90 million) or 86.6 percent was disbursed. The total envisaged for the current year is 83.4 billion tenge (US$256.5 million). A low disbursement of funds is observed in Astana, Kyzylorda and Zhambyl regions.