ASTANA – The Assembly of the People of Kazakhstan’s delegation from the country’s northern region took part in a July 22 Kurultai of Kazakhs in the Tyumen region. 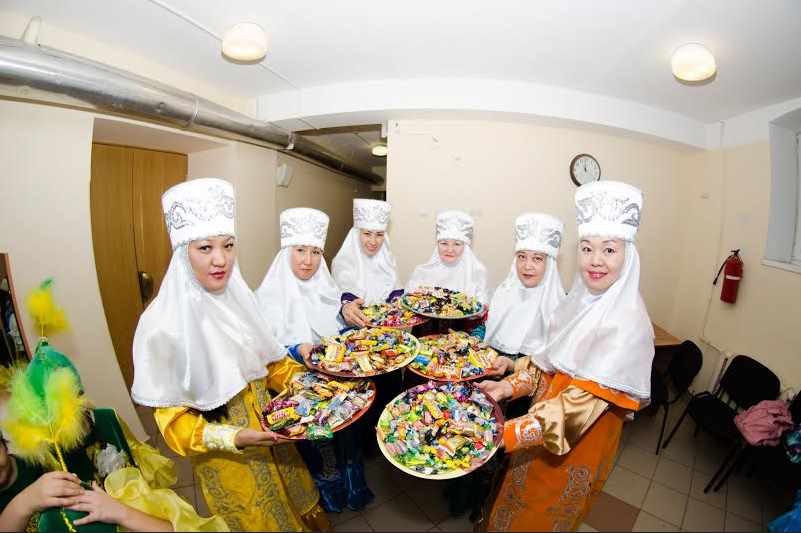 The festive event, which gathered about 5,000 individuals, was held in the Berdyuzhie district, where a significant number of ethnic Kazakhs live.

Salimov presented a dombra to Kazakhs living in Tyumen.

“It seems as if we did not leave Kazakhstan,” he said.

The Kurultai began with a parade of delegations of the region’s cities and districts and colourful presentation on the unity of the Kazakh and Russian peoples. Berdyuzhie district head Viktor Rein and other honourable guests applauded the holiday’s participants.

In a video message, Tyumen region Governor Vladimir Yakushev called the Kazakh Kurultai a significant event in the social life of the region.

“Tyumen land has hosted this wonderful holiday every summer for more than 20 years. It is important for everyone who respects the traditions of the Kazakh people and appreciates ​​the value ​​and diversity of Russian culture. This national and cultural project enjoys well-deserved popularity,” he said.

Yakushev expressed confidence that Kurultai 2017 will give a new impetus to the effective cooperation between the Tyumen region and Kazakhstan.

Hosted by the region since 1997, Kurultai of Kazakhs is an official holiday of the regional government which, along with Tatar Sabantuy and Chuvash Akatuy, is held with financial support from the regional fund.

The status of Kurultai has significantly increased in recent years, noted National and Cultural Autonomy of Kazakhs of Tyumen region head Yessengali Ibrayev. The event has become a national holiday like the Day of the Region.

The holiday is becoming interregional, thanks to the participation of Kazakh public associations from Russia’s Kurgan and Omsk regions.

Members of the regional autonomy held meetings during Kurultai 2017 in the district administration building. The representatives talked about the results of the annual work, decisions of the latest World Kurultai of Kazakhs in Astana, the autonomy’s participation in World Association of Kazakhs projects and current activities.