On the eve of the official visit of German President Frank-Walter Steinmeier to the Kazakh capital on July 11-12, The Astana Times spoke with Kazakhstan’s ambassador in Berlin, Bulat Nussupov. 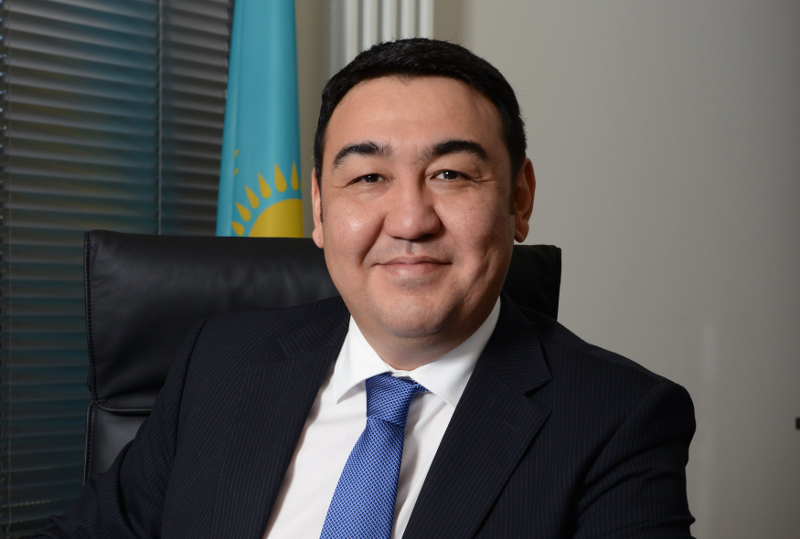 How do you evaluate the current state of Kazakh-German relations? What are the current dynamics of bilateral contacts between our countries?

This year our countries celebrate the 25th anniversary of the establishment of diplomatic relations. This date is of great symbolic and practical significance for us – over these years, Kazakh-German relations were put on the trajectory of strategic partnership. A strong political dialogue has been established, multifaceted trade and economic ties are developing, cultural and humanitarian cooperation is being strengthened. All these positive trends and the progress of bilateral cooperation have become possible due to the personal participation and will of the leaders of our countries.

A significant impetus to bilateral cooperation was given by the visits of our head of state to Berlin in February 2012 and in January 2015. German Chancellor Angela Merkel visited Kazakhstan twice in 2010. Bilateral meetings of the leaders of the two countries are held regularly in the framework of major international events; for example, in 2014 in the framework of the ASEM forum in Milan and in 2016 during the G20 Summit in China. Current President Steinmeier visited Kazakhstan in November 2014 as foreign minister.

Interparliamentary ties between our countries are developing very actively. There is an intensive and various exchange of delegations of all levels to Kazakhstan and Germany, not only in capitals, but also in regions.

Thus, it can be stated with certainty that in recent years the quantity and quality of meetings at the high and highest levels have contributed to the strengthening of the entire range of bilateral relations.

In your opinion, which are the key areas of cooperation between Kazakhstan and Germany? What is the specificity of these relationships and how do they differ from other countries in the world, in particular, in Europe?

It is well known that Germany is the locomotive and the main donor of the European Union, which is based on its economic strength and active foreign policy. With the expected exit of the UK from the EU, Germany’s responsibility for the future of unified Europe will only increase. This circumstance certainly plays one of the key roles in the process of the future alignment of the EU’s relations with our country.

Germany, as you know, in 2007 initiated the development of the EU Strategy for Central Asia, which has now, in an updated form, brought our region’s cooperation with the EU to a qualitatively new level. In Berlin, the so-called Water Initiative (the Berlin Process) was launched, designed to address the use of the region’s water resources in the interests of all Central Asian countries.

In addition, in Germany, much attention is paid to the peace process in Afghanistan in the framework of the Bonn conference. During the German presidency of the Organisation for Security and Cooperation in Europe (OSCE) last year, one of the key areas of the organisation was the economic dimension, which was reflected in the German initiative of “connectivity.” In general, in all the above-mentioned areas, we are actively cooperating with German partners.

Germany is an industrially developed, highly technological, innovative and export-oriented country. This creates good prerequisites for our active interaction in the sphere of industrial production and technology transfer. Now more than 90 percent of German investments go to the non-primary sector of Kazakhstan’s economy, i.e. to the processing industry, the chemical industry, the production of building materials, engineering, the agro-industrial complex and agriculture. This, as you see, corresponds to the tasks of the state programme on industrialisation of Kazakhstan and the Nurly Zhol economic policy. In this I see the difference in the specifics of German investments from those of other countries, which are mainly directed to the oil and gas and energy sectors.

At the same time, Kazakhstan is the fourth largest supplier of crude oil to Germany and thus plays a key role in ensuring the energy security of Germany and Europe. Germany, in turn, is a strategic partner of our country in the field of energy efficiency and energy saving, as well as the development of the system of dual technical and vocational education in Kazakhstan. Currently, we are actively cooperating in the implementation of elements of the German programme “Industry 4.0” in our country on automating and detailing production processes. All this will also meet the goals and objectives of President [of Kazakhstan Nursultan] Nazarbayev’s “The Third Modernisation – Global Competitiveness” state-of-the-nation address from January 2017.

The European Union is the leading trade partner of Kazakhstan. What are the current indicators of our foreign trade with Germany?

First of all, I must say that for today a solid institutional base has been created between the two countries, designed to help strengthen and expand trade and economic cooperation at the state level.

Kazakhstan remains Germany’s key trading partner in the Central Asian region. In 2016, about 85 percent of Germany’s trade turnover with all five Central Asian countries was with our country. The structure of mutual trade turnover has remained traditional for a number of years. Of Kazakhstan’s exports, more than 91 percent is mineral resources, and the rest is ferrous metals (2.4 percent), inorganic chemicals (2.2 percent), non-ferrous metals (1.7 percent), fish (0.7 percent), oil and vegetable crops (0.6 percent) and other. According to the volume of oil exports, Kazakhstan, as I have already said, is in the top five countries among Germany’s main partners.

In general, despite the decline in prices for raw materials, commodity turnover between Kazakhstan and Germany shows its stability. Germany remains the main partner of Kazakhstan in the process of industrialisation of the country, raw material and technological partnership.

How do you assess the investment cooperation between Kazakhstan and Germany?

Investment relations between the two countries are characterised by the dynamics of stable strengthening and the search for new opportunities for interaction at the federal and regional levels. As I have said before, German investments go mainly to the non-raw sector of the economy.

According to the National Bank of Kazakhstan, from 2005 to 2016 gross inflow of direct investment from Germany to Kazakhstan amounted to about $4 billion (249 million in 2016, 319 million in 2015). In total volume of gross inflows, the share of investments from Germany to Kazakhstan in 2016 was about 1.2 percent (2.2 percent in 2015). This is generally not a high figure, but these investments go into the sphere of industrial production, which is very important for Kazakhstan.

Over the past three years, the number of economic entities registered in Kazakhstan with the participation of German capital has increased from 1,200 to 1,450 in the form of joint ventures, representations of German companies and banks. Investment cooperation is carried out in the manufacturing industry, trade, construction, transport and communications, agriculture, social and personal services and other branches of the economy. Example of these are the investments of German companies such as Knauf, Heidelberg Cement, Metro, Linde, Funke and others.

A specific business card of our economic relations with Germany is our raw material and technological partnership. How is the agreement signed in 2012 currently being implemented in this area?

The implementation of the intergovernmental Partnership Agreement in raw, industrial and technological spheres is the priority of our work in the field of economy and investment. The uniqueness of this document is that Germany has so far concluded similar agreements only with Mongolia and Chile; currently they are negotiating with a number of other countries.

As you know, the agreement provides for the access of German companies to the raw materials of our country, in particular to rare earth metals, in return for their introduction of high technology and innovation in Kazakhstan. In other words, German business, using local labour resources, creates products with high added value from the extraction of raw materials, its processing on the ground, to the creation of a finished product. This scheme, in my opinion, corresponds to the goals of the Third Modernisation of Kazakhstan as a new model of economic growth, which will ensure the global competitiveness of our country.

As part of the implementation of the agreement, we have achieved some success between our countries in the study and reassessment of Kazakh deposits of solid minerals (copper, lead, zinc, tin, vanadium, tantalum, tungsten, molybdenum and titanium) of strategic interest to the German economy, in accordance with international standards.

In particular, for two years the German Raw Materials Agency conducted an analysis of these deposits and in 2015 issued a special catalogue that was distributed among German firms. A number of companies have already started implementing specific projects.

Thus, Ulmus Funds launched a project to explore noble and non-ferrous metals in Karaganda region. Aurum Deutschland AG, a subsidiary of the Quest Capital concern, is engaged in the development of gold, tungsten and molybdenum deposits, as well as the construction of a gold mining plant in Zhambyl region. The International Corporation of Metal and Ella Development Holding GmbH in 2016 signed an agreement on the construction of a ferroalloy plant in Kyzylorda region. Soon, Ulmus Funds will sign an agreement with Kazgeologiya JSC on carrying out prospecting for copper in the framework of the state geological study of mineral resources in the Shubarsai area in Karaganda region. Thus, the first stationary German laboratory will be created in Kazakhstan. Work in this direction continues and the agreement is filled with real content.

Germany at EXPO 2017 in Astana is represented by an original pavilion. How actively are German companies participating in the expo?

Germany, having supported the candidacy of Astana during the voting in Paris, was very proactive, both in the preparation of the expo in our capital, and in their representation at it now. Two large German concerns acted as sponsors of the exhibition – Siemens as a technology partner and DHL as a logistics partner – and Bosch became the partner of the expo in safety issues. This was a good example for other German companies. In general, in Germany, the interest in the expo is high; it was seen by the reaction of German visitors during the presentation of the Mobile Expo in Berlin in May this year.