ASTANA – The office of the Islamic Organisation for Food Security will open in Astana by the end of the year, Kazakh Vice Minister of National Economy Yernar Bakenov told a meeting during the 10th Astana Economic Forum on June 15-16. 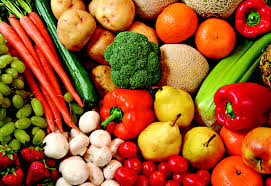 “Since our chairmanship in the Organisation of the Islamic Cooperation in 2011, we have initiated and supported the idea of establishing an Islamic Organisation for Food Security. At present, this process is at the final stage, and it is planned to finish the work on the location of its headquarters in Astana by the end of this year,” said Bakenov.

Director General of the Statistical, Economic and Social Research and Training Centre for Islamic Countries (SESRIC) of the OIC Musa Kulaklikaya said his organisation will be directly involved in the implementation of the project.

“Since the beginning of 2000, I have repeatedly visited Kazakhstan. For seven years I have worked as the head of the Turkish Cooperation and Coordination Agency (TIKA) under the government of Turkey. With each visit, I note positive changes in Kazakhstan. I am personally pleased with these changes. This is a great achievement and pride for Kazakhstan to hold events such as the Astana Economic Forum. Speakers, invited participants and agreements show the high level of the forum,” he said, according to inform.kz.

President of Kazakhstan Nursultan Nazarbayev first broached the initiative to establish the Islamic Organisation for Food Security in an address to the 38th session of the Council of Foreign Ministers of the OIC in 2011. Two years later at an intergovernmental expert meeting in Astana, experts from 30 OIC member states agreed on a draft statutory document.

The new organisation aims to solve the problems of providing the population of Islamic countries with more affordable food based on their natural and climatic conditions and geographic location, creating the most profitable transport and logistics routes that will minimise the cost of sending food supplies to OIC member countries and stabilise food prices through the formation and management of joint food funds.

“Kazakhstan is a member of the Shanghai Cooperation Organisation (SCO), the Eurasian Economic Union (EAEU), where Astana has respect and authority. Moreover, Kazakhstan itself has developed and began to provide economic assistance to its neighbours. I wanted to emphasise the agricultural potential of your country. Kazakhstan can fruitfully share its experience with the members of the OIC,” said Kulaklikaya.

SESRIC was created by members of the Organisation of Islamic Cooperation in Ankara in 1978.

Its purpose is to promote cooperation between OIC countries, collect and process statistical data on socio-economic development, develop recommendations and organise training programmes within the OIC.

“I again hope that the Islamic Organisation for Food Security and SESRIC will find ways of effective cooperation. First of all, we hope for a mutually beneficial exchange of experience between Kazakhstan and OIC countries in the field of agricultural security,” he added.