ASTANA – This March, Kazakhstan and Hungary marked the 25th anniversary of diplomatic relations. The common roots and historical ties between the two nations have always served as a firm basis for mutual sympathy and trust. Today, a real boost in the bilateral cooperation is observed with significant growth in trade turnover, promotion of fruitful political dialogue and the sharing of common views on many issues on the international agenda. 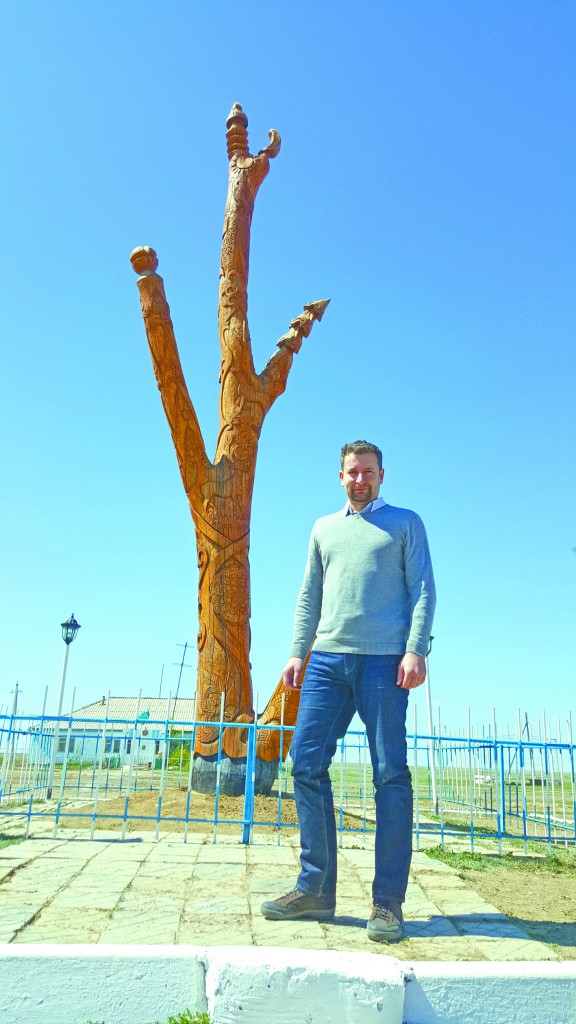 To bring ties between the two countries closer, on June 8, direct flights connecting the two capitals – Budapest, often called the “Pearl of the Danube,” and Astana, the “Heart of Eurasia,” – were launched.

In an interview with The Astana Times, Hungarian Ambassador to Kazakhstan András Baranyi discussed prospects for the development of bilateral relations and opportunities within the framework of Hungary’s foreign economic strategy of “Opening to the East.”

“One of the new instruments for further enhancing the relationship between our countries is the bilateral Strategic Cooperation Council, which consists of three representatives from both sides, co-chaired by the Foreign Minister of Kazakhstan and the Minister for National Economy of Hungary. The first meeting of the council took place last October in Astana, and we are using this format to follow up on the implementation of our bilateral agreements and to coordinate our joint activities in achieving long-term strategic goals and tackle important issues on the international agenda, such as global security, fight against terrorism, environmental protection,” the ambassador explained.

“As far as the bilateral trade turnover is concerned, we are proud to highlight that after the years of global decline, in 2016 it grew by 16 percent and amounts to $188 million. Moreover, the results of this year’s first quarter show us on an even faster, 40 percent growth so that now we can speak about a clearly positive trend,” Baranyi said.

According to the ambassador, since July 1, Hungary took over the presidency in the so-called Visegrad Group which also includes the Czech Republic, Poland and Slovakia.

“The ‘Visegrad 4’ is the most effective and reliable alliance in present day Europe. Initially we established this cooperation in order to put together our efforts in integration to the EU and we still use it to coordinate our positions at the European decision-making institutions. Today, Central Europe is the engine of economic growth within the EU and there are no doubts that Central Asia is a driver of the whole Asian region. Therefore, one of the main priorities of the Hungarian presidency in Visegrad Group is strengthening the relations between Central Europe and Central Asia by establishing a new cooperation platform,” the diplomat explained.

This initiative was announced by Minister of Foreign Affairs and Trade of Hungary Péter Szijjártó during his official visit to Astana on June 26 and was supported by his Kazakh counterpart Kairat Abdrakhmanov, he continued. 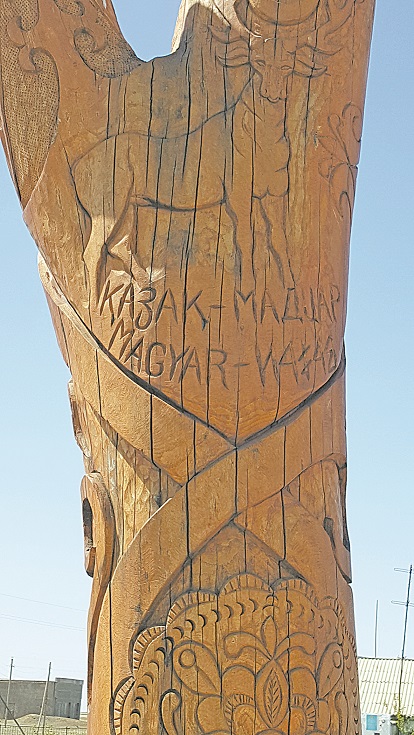 “I am convinced the V4+CA5 cooperation will also result in strengthening the ties between our countries, in particular, and promoting dialogue between the EU and Eurasian Economic Union, in general. Central European and Central Asian countries could serve as a bridge between the two integrations in order to move forward towards the common aim stated in the St. Petersburg Declaration a few years ago, i.e. establishing single economic area from Lisbon to Vladivostok,” he said.

The ambassador also discussed efforts toward the facilitation of the visa regime between Kazakhstan and the EU.

“Hungary has always been one of the sincere lobbyists of the visa facilitation for Kazakhstan. In a few weeks, we will sign an amendment to the Consular Agreement between Hungary and Kazakhstan for holders of diplomatic and service passports, allowing to stay in each other’s country for 90 days instead of the current 30 days visa free,” he said.

“The fact that the EU signed an Enhanced Partnership and Cooperation Agreement with Kazakhstan in December 2015 reflects the fact that Europe considers Kazakhstan the most important partner in Central Asia. We believe the decision of the government of Kazakhstan on providing from January 1 a visa-free regime for citizens of all member states of the Organisation for Economic Cooperation and Development (OECD) and EU will soon, in return, get a positive response from the European Commission on facilitation of a visa regime for Kazakh citizens as well,” Baranyi said.

Talking about the international specialised exhibition EXPO 2017 in Astana, the ambassador focused on the Hungarian pavilion and elaborated on Hungary’s strategy on promoting a green economy and green technologies it can share with Kazakhstan.

“First of all, from the bottom of my heart, I would like to congratulate Kazakhstan on successfully organising this important event. It is a great opportunity to showcase the whole world the significant, incredible achievements of Kazakhstan, and it also serves as a venue for different countries and nations, a great mixture of different cultures. I also would like to highlight the Nur Alem pavilion, which is really amazing, presenting the different types of energy and the ancient traditions of the Kazakh nation. The exhibition is a really great success and I am proud that Hungary is also participating in the EXPO with its national pavilion, which, we hope, will also contribute to the overall success of the exhibition. Let me take this opportunity and invite you to the National Day of Hungary on August 18,” he noted.

“The main element of our pavilion is a tree of life, which is a common symbol of both Hungarian and Kazakh mythology on the one hand and a model of the artificial photosynthesis developed by Hungarian scientists on the other hand. At the Energy Best Practices Area, another invention of a Hungarian startup Platio is presented – a special cover for urban surfaces, such as a pedestrian pavement, generating energy by using solar panels,” Baranyi explained.

“In addition, Hungary is among the leaders in developing electro-mobility. The government has elaborated a programme, one of the aspects of which is significant financial assistance for those who choose electro-mobiles instead of traditional fuel consuming cars. The special green number plates allow such cars to use special bus lanes, parking lots and battery recharge stations for free. There is also a new factory in Hungary producing buses with electronic engines. This is one of the most interesting topics we could share with Kazakh partners,” he elaborated.

The ambassador also shared his impressions of his recent trip to Kostanai Region as part of the scientific expedition titled “In the footsteps of our ancestors.”

“I do believe that the majority of Kazakhs and Hungarians know about their common historical background and cultural ties. One of the main elements testifying to these common roots is the fact that some tribes of Kipchaks led by Khan Kotyan settled in Hungary in the 13th century. Even now the two central counties in Hungary are called Great Cumania and Little Cumania and around 250,000 ancestors of Kipchaks are still living there. Even though they have lost their language, they have kept their Kipchak identity,” he said.

“Some centuries earlier, Hungarians themselves arrived to the Carpathian region as the only horse-riding nomadic nation of Europe,” the ambassador explained. “The ancient homeland of Hungarians was Western Siberia and Southern Ural, which is the western-most part of Kazakhstan now. But not all of our ancestors moved to their present place of living, so called Eastern Hungarians remained in this part of the world, and according to some historians, now they are living in Kazakhstan. Moreover, within the Argyn tribe there is a genus of Madiyars who live in the south of the Kostanai Region, and in fact, in Hungarian, we also call ourselves Magyars. As a sign of eternal friendship and brotherhood between us, some years ago we opened a special monument there, which impressed me the most – a tree of life with two branches symbolising Kazakh Madiyars and Hungarian Magyars.”