Hollywood stars to arrive in Astana for Eurasia Film Festival 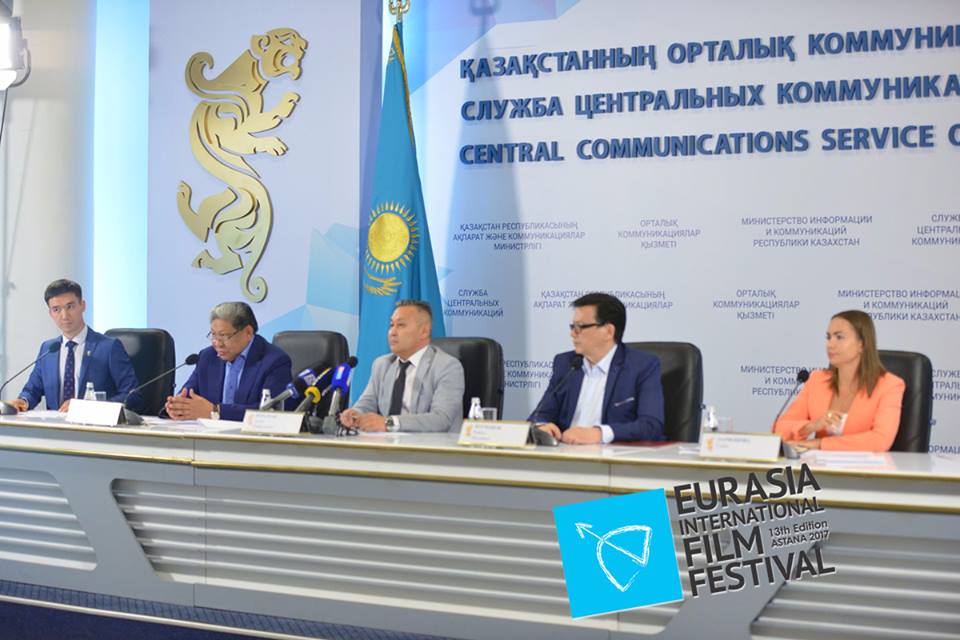 “Eurasia is the largest film forum in Central Asia accredited by the International Federation of Film Producers Associations along with A-Class festivals such as in Cannes, Berlin and Venice,” noted Director of the Culture and Arts Department of Kazakhstan’s Ministry of Culture and Sports Almaz Nurazkhan at a July 13 briefing.

“The theme of the upcoming festival is Bridge of Cultures and it matches the main concept of EXPO 2017,” added Nurazkhan.

The festival will feature a record high 296 films from all continents, including 101 in the main programme, 12 feature length and 30 short films in competition section evaluated by the jury composed of the main programme and short film juries as well as representatives of the International Federation of Film Critics and the Network for the Promotion of Asian Cinema.

This year the organisers decided to bring changes in the festival programme and introduced the Eurasia Film Market section.

“The Eurasia Film Market will gather buyers and owners of the content, distributors, sales agents in Astana to exchange experience and share ideas about the future of film industry in Kazakhstan and Central Asia. The main theme of the Film Market will be Digital Path in line with the concept of Digital Kazakhstan,” noted festival Art Director Rashid Nugmanov.

Bijukumar Damodaran’s “Sound of Silence” will open the festival and Luc Besson’s new feature “Valerian and the City of a Thousand Planets” dubbed in Kazakh will close the festival.

The Eurasia Film Festival was founded in 1998 and has been held annually since 2010 in Almaty and Astana.