By Zhanna Shayakhmetova in Culture on 14 July 2017

ASTANA – A play called “Is It Easy to Be a Queen?” and staged by the State Korean Theatre of Musical Comedy, won the Best Performance award at the Fourth Festival of Ethnic Theatres held July 8-12 in the capital. 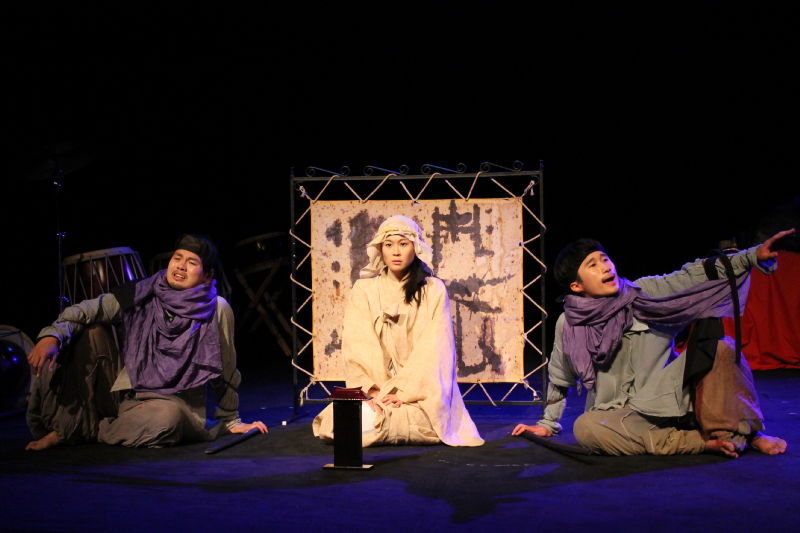 Six plays performed in the various languages of nationalities living in Kazakhstan were presented at the festival, which was held as part of the EXPO 2017 cultural programme.

“We aim to present the skill and mastery of our performers and to demonstrate the development of theatrical art in Kazakhstan for our invited foreign experts. The panel of critics includes David Papava, a British theatre critic and director; Sarah Copley, critic and psychologist; and Rakhima Abduvaliyeva, Chingiz Aitmatov Academy director,” said Kazakhstan Theatres’ Association Deputy Chair Askhat Maemirov.

“This festival is necessary. More than 140 nationalities live in our country and Kazakhstan has become the second home for many ethnic groups. The festival programme is interesting and rich,” said Festival Jury Chairman Talgat Temenov in his opening remarks.

According to the organisers, the festival is a unique opportunity to see talented actors of different nationalities who live and work in Kazakhstan. Their creative work is of great importance for the preservation of interethnic harmony and social stability.

“We are delighted to present the high level of theatre productions in Kazakhstan. And we want to bring the idea that artists can perform well at the dramatic level in their own language to the British people. For example, if the play is perfectly performed in the Kazakh language, the idea of ​​the play can be very well understood,” said Abduvaliyeva.

The list of performances also included “Hodja Nasreddin in Sairam” in the Uzbek language, “The Bitter Smell of Artemisia” in Uighur and “Nertyukekel” in Kazakh.

“We will celebrate the 14th anniversary of our theatre. President Nursultan Nazarbayev opened the theatre. We have preserved our culture, language, traditions and customs due to his wise and far-sighted policy,” he added.

The festival is an incentive for actors and directors to contribute to the preservation of the cultural and linguistic diversity of the country, to strengthen interethnic tolerance, to develop mutual enrichment between cultures and to promote intercultural dialogue between the people of Kazakhstan.