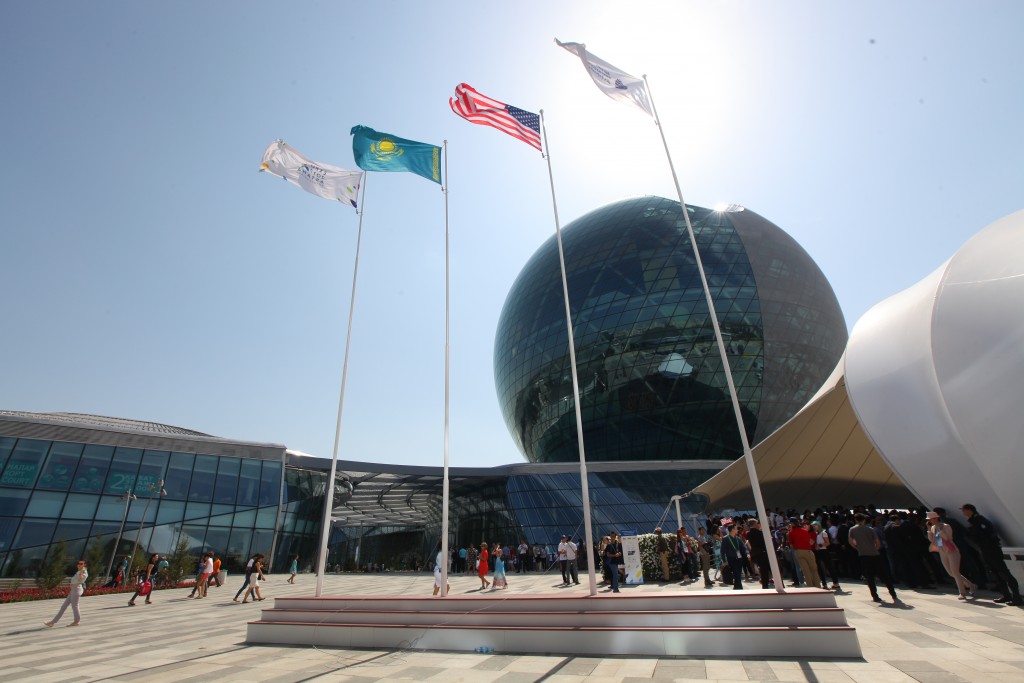 Nur Alem, the Kazakh national pavilion, as well as the South Korean, Russian and German pavilions are among the most visited pavilions.

“The total number of visits to international pavilions is 5.96 million and 834,579 visits have been registered to the main exhibition facilities, including 303,007 people who visited the Nur Alem national pavilion,” said Karymsakov.

In addition, 160,000 people including schoolchildren, students, pensioners, those with physical disabilities and members of vulnerable social groups have visited the expo at a reduced rate and 407,700 people, including 17,700 children from regions.

According to the statistics, the number of foreign visitors has reached 130,000.

“The proportion of foreign visitors is 14 percent of the total. Around 35,500 tourists came from Russia, 19,000 people from Germany and 11,500 people from China. There’s an open sky mode and 21 airlines operate flights to 28 international destinations,” he added.

The occupancy rate at hotels is 60 percent “which is three times higher than last year.”

Additional ticket options from July 1-10 and tickets for evening visits from 6.30 p.m. until the close of the exhibition were introduced, said Astana EXPO 2017 National Company Commercialisation Office Director Daulet Yerkimbayev.

According to the results, 25,000 people purchased tickets for evening visits and 14,500 people used a 3+1 option and a youth tariff. Children up to 17 were permitted free and more than 50,000 people visited the expo on weekends.

“To date, 1.8 million tickets have sold out. About 40,000 souvenirs worth over 80 million tenge (US$244,880) items were sold. This indicates a high interest among the visitors to the souvenir products,” said Yerkimbayev.

No attempts to enter the area with fake tickets were registered.

“Around 670 different incidents, including 12 offences have been registered at the security centre. Ninety percent of incidents were missing children incidents. This situation is understandable as there are a lot of fascinating exhibits and children are distracted easily,” said Astana EXPO 2017 National Company Security Department Director Rustem Chakenov.

Also, 1,031 cultural, entertainment and business events and 84 protocol events attended by heads of state, ministers and international pavilion commissioners have been held as part of the exhibition so far.