EXPO 2017 reaches halfway point, welcomes one and half millionth visitor

ASTANA – Halfway through EXPO 2017, the international exhibition has welcomed one and a half million visitors, according to an expo national company press release. 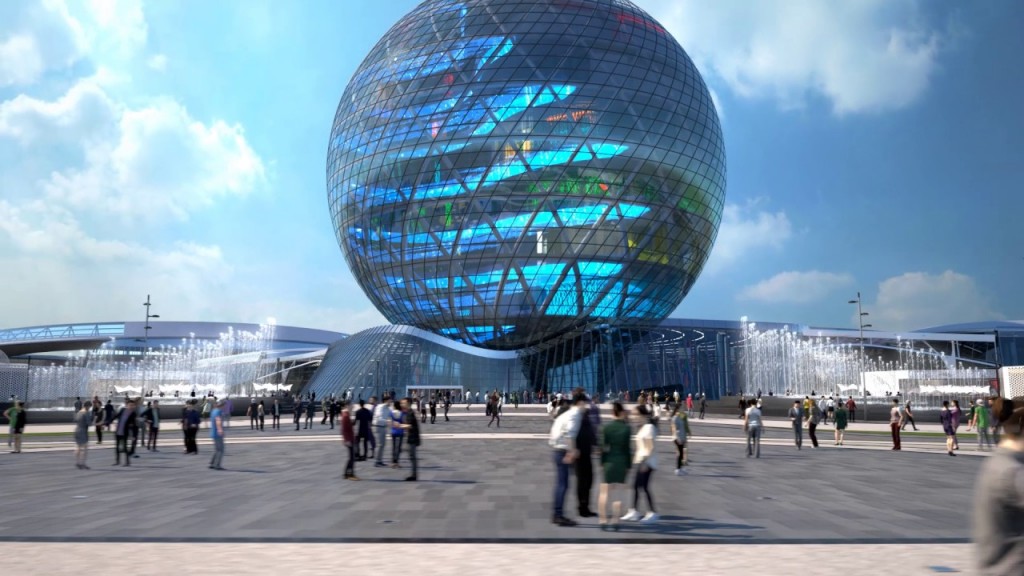 Almost two weeks earlier, on July 11, the exhibition welcomed and identified its one millionth visitor. That visitor was a math teacher from Astana who received gifts and recognition. This time the visitor remains unknown.

According to statistics, in the period from July 13 to July 23, the expo was attended by 285,300 people, which is 40,757 visitors a day on average. During the first days of the exhibition, the number was approximately 23,000 people per day.

The total amount of visits since June 10 until July 23 was 1,295,991. That includes the summary attendance of all the exhibition facilities, according to the Astana EXPO 2017 national company’s press release.

Nur Alem, which is a main sphere and the Kazakh pavilion, attracts approximately 10,000 people per day, according to the Khabar TV channel. The large spherical building has eight floors and visitors require approximately two to three hours to see everything inside.

“More than just a museum, Nur Alem must become an innovation hub of research and culture centre after the exhibition. Digital, multimedia and interactive technologies allow to expand the possibilities of perception of the exposition space, located on the floors of the museum of the future, where the main types of energy – space, sun, biomass, wind, water and kinetics are demonstrated,” reads the expo website.

Almost every day, expo celebrates national days of different countries, as well as cultural events and festivals. The most recent national days were those of Greece, Japan, Argentina, Papua New Guinea, Uganda, Singapore and Costa Rica.

The expo runs from June 10 to September 10, 2017. A total of 115 countries and 22 international organisations are presenting their achievements and ideas relating to the subject of the exposition, Future Energy.