ASTANA – Prince Richard, Duke of Gloucester officially opened June 26 the British national pavilion at EXPO 2017 as part of the National Day of Great Britain in Kazakhstan. 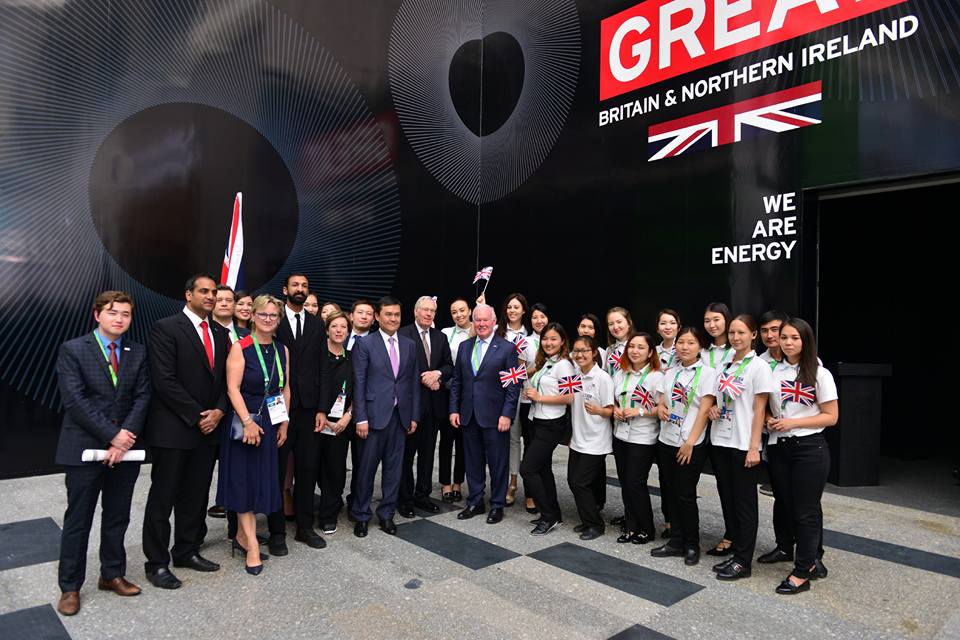 British national day celebrations included a ballet, musical performances and a reading session. The national day was opened with the raising of the national flags and hymns from Kazakhstan and Great Britain at expo.

“One cannot ignore the high level of cultural ties between our countries. Students from Kazakhstan are being educated in the U.K. British schools operate in Astana and Almaty. The popularity of British literature in our country deserves special mention. There is not a single person who does not know Shakespeare, not a single child who does not know Harry Potter. Great Britain is one of the countries where traditions are honoured. In this regard, I am pleased to note the proximity of the traditions of Kazakhstan and Great Britain. We, like the British, like drinking tea, and I am sure that during your stay in Kazakhstan you will be able to enjoy it,” said Kazakh Vice-Minister for Investments and Development Yerlan Khairov during the national day festivities. Khairov also noted Kazakhstan and Britain have had diplomatic relations for 25 years. 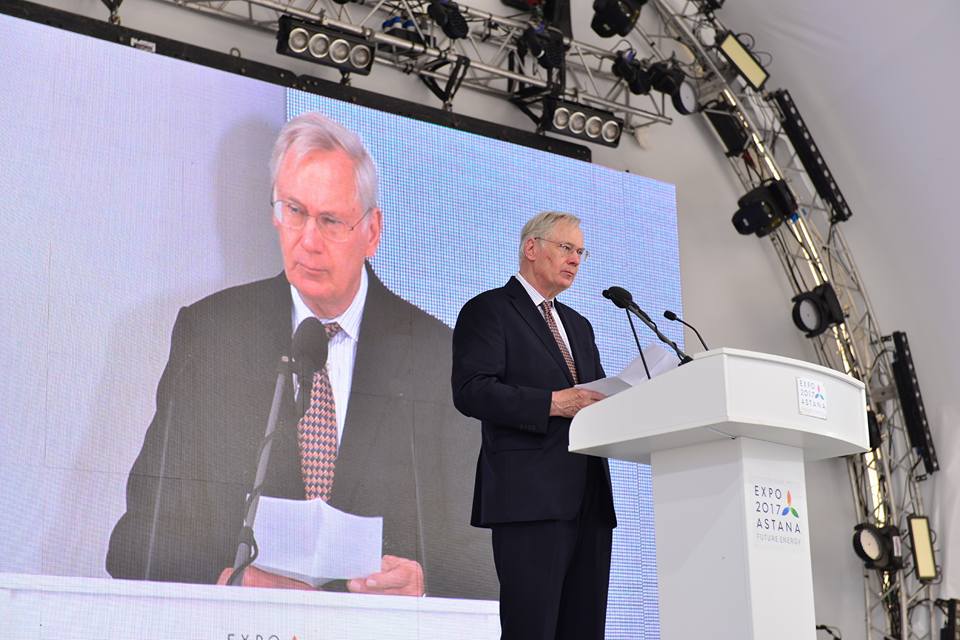 In turn, Prince Richard highlighted that the first world expo was unveiled by his great-great-great-grandfather Prince Albert in London in 1851. It exhibited the world’s first voting machine and the Mountain of Light – the world’s largest diamond at that time.

“Today, I am happy to be here at the expo that is being held for the first time in Central Asia. Today, I am pleased to realise that this exhibition continues to be held at the same level in the 21st century. More than 100 countries take part in the exhibition in Astana, which is a great achievement for Kazakhstan,” he said.

After the speeches, the London Contemporary Ballet Theatre gave a performance. Festivities also included a Scottish bagpipes performance and a show by the Physics Department of the University of Manchester.

The national day also featured a fashion show, a performance by the Brassroots jazz band and a reading session of extracts from the Harry Potter series of novels.