By Malika Orazgaliyeva in International on 18 July 2017

The council also agreed to intensify the activities of its working group on Afghanistan and approved a plan for consultations between CSTO member states on foreign policy and security for the second half of 2017 and first half of 2018. The ministers, including Kazakh Foreign Minister Kairat Abdrakhmanov, also established a list of topics for 2017 joint statements and discussed preparations for the CSTO anniversary summit later this year in Belarus.

Abdrakhmanov briefed the gathering on Kazakh efforts to counter transnational crime, particularly cyber and information technology crimes, including establishing a Cyber Shield system. The system is an initiative of President Nursultan Nazarbayev. 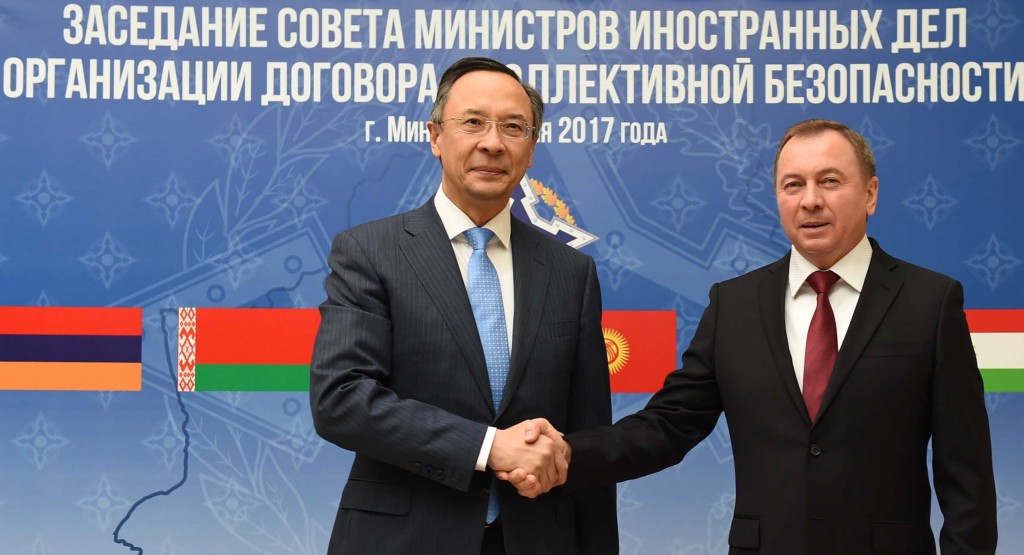 Abdrakhmanov also urged greater CSTO cooperation to counter computer crimes, including increased information and experience sharing is well as intensifying the activities of the CSTO Coordination and Consultation Centre.

The minister also informed about Kazakhstan’s domestic anti-terror efforts and the progress of the Astana Process to seek a peaceful settlement in Syria.

The CSTO includes Armenia, Belarus, Kazakhstan, Kyrgyzstan, Russia and Tajikistan. It was founded in 2002 by the heads of six Commonwealth of Independent States nations and came into force in 2003. It is a legal successor to the Collective Security Treaty which was also created by the heads of six CSI member states in 1992 through the Tashkent Treaty.

The CSTO agreement provides for the assistance to member states being regressed upon by non-CSTO members in accordance with the right of collective self-defence in line with Article 51 of the UN charter. The organisation also promotes cooperation in foreign policy, the military and military-technical spheres and joint efforts to combat international terrorism and other security threats, according to the organisation’s website.