ASTANA – Kazakhstan’s capital, Astana, will host Aug. 27 the International Athletics Marathon of the Shanghai Cooperation Organisation (SCO) and the Conference on Interaction and Confidence Building Measures in Asia (CICA). The large-scale race is part of the celebrations of SCO Day at EXPO 2017. 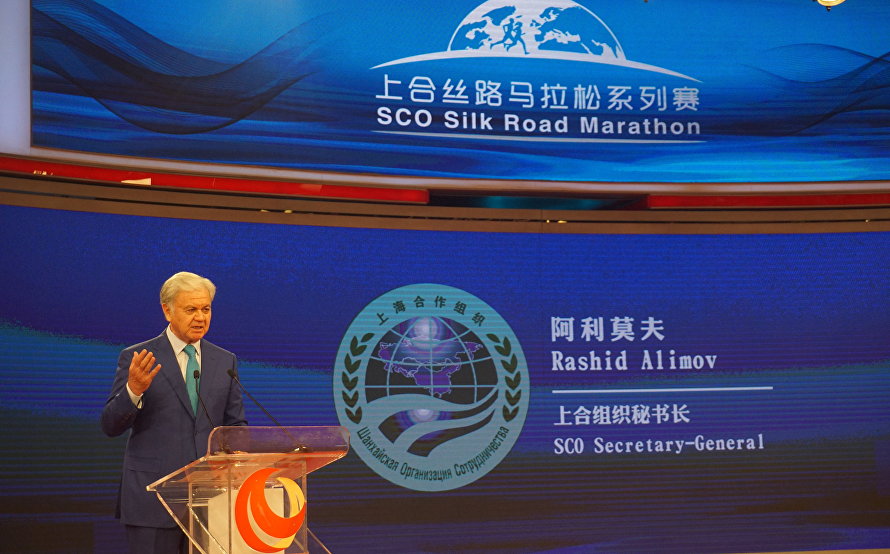 The presentation of the upcoming marathon took place July 10 at the headquarters of the People’s Daily, China’s largest newspaper, in Beijing. SCO General Secretary Rashid Alimov, CICA Executive Director Gong Jianwei and Chairman of the Sports and Physical Culture Committee of Kazakhstan’s Ministry of Culture and Sports Elsiyar Kanagatov took part in the ceremony.

“EXPO 2017 kicked off June 10 in Kazakhstan’s capital, where the SCO pavilion is open along with more than 100 other pavilions. We made a decision to designate Aug. 27 as SCO Day at the expo. With the support of Kazakhstan’s government, we decided to mark this day with a mass sport and cultural event – an international marathon. It can unite the energy of Shanghai and sport spirit better than other events. We have no doubt the Astana marathon continues the good tradition laid down by the first SCO marathon in Kunming,” noted Alimov. “We still remember the moments of the SCO marathon on Dec. 17, 2016, in the city of eternal spring, when nearly 16,000 athletes from 23 countries came to the start,” added Alimov.

Kanagatov also pointed out the importance of the marathon for the expo and Kazakhstan in general.

“This marathon is organised by the Ministry of Culture and Sports [of Kazakhstan], the International Athletics Federation and the SCO. Our race will have three distances – 42 and 10 kilometres and, symbolic for this year, 2,017 kilometres. I think we will have more than 5,000 participants, including more than 1,000 foreign athletes. The marathon will contribute to the promotion of our country and demonstrate the development of sports in the country. Most importantly, it is about the image of expo, our country and our capital,” informed Kanagatov during the presentation.

The marathon will start at 8 a.m. Aug. 27. The route, which was approved by the International Athletics Federation, goes through the main streets of Astana’s left bank.

Online registration for the Astana marathon will open July 15.

The marathon will be held along with the CICA forum scheduled for August in Astana. CICA turns 25 years old later this year.