ASTANA – Visitors and residents arriving at a new Nurly Zhol train station in Astana can now use Astana Taxi services right at the train station to get to any part of the city.

“The taxi service now has 350 cars. I think it is very convenient for passengers because they can order a taxi right at the train station and get to any location in the city. In addition, the taxi has lots allocated specially for it on the third floor,” noted deputy head of the Nurly Zhol train station Nurlan Amanzholov. 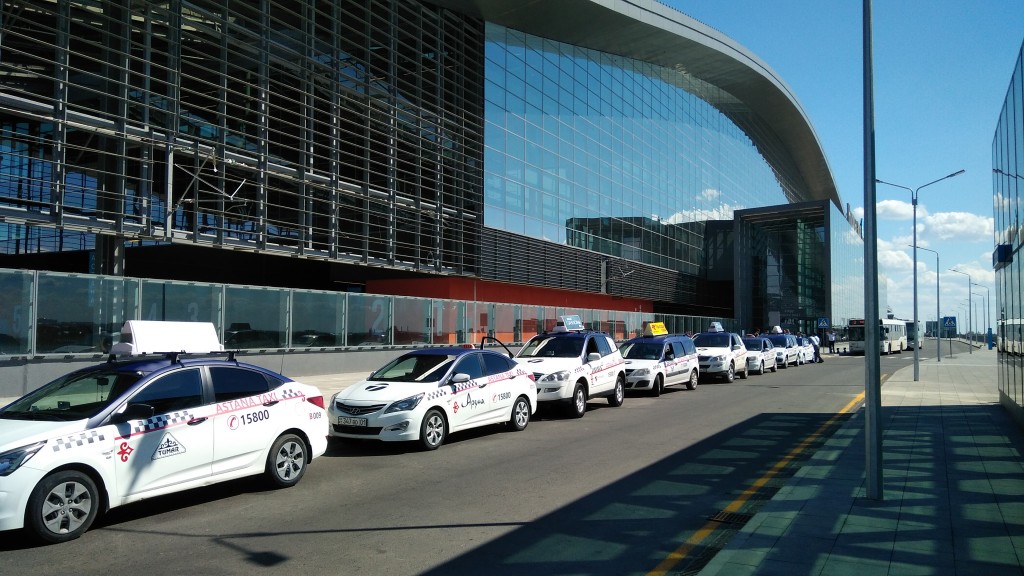 Launched in May after the merging of several taxi companies, Astana Taxi increases the variety of taxi services, which is particularly timely for Astana welcoming greater number of tourists as it is hosting EXPO 2017.

The taxi can be ordered in three ways: through a call centre at 15800, a mobile app or at a taxi stand.

In case a driver and a passenger speak different languages, they can contact a call centre where operators can interpret the talk in five languages.

Similar to taxis in metropolises around the world, all taxicabs have a uniform design.

According to the city administration that runs the taxi service, Astana Taxi strives for a high-quality service, which includes free Wi-Fi, call centre, mobile app and point-on-sale terminal for non-cash payments. In addition, drivers have to go through a number of checks to ensure safety of passengers.

As all licensed taxi in the city, Astana Taxi can drive on a bus lane, which significantly cuts time that passengers spend on the road.

It has also additional parking lots near the train station on the right bank of Astana’s Yessil River, the airport as well as shopping malls.