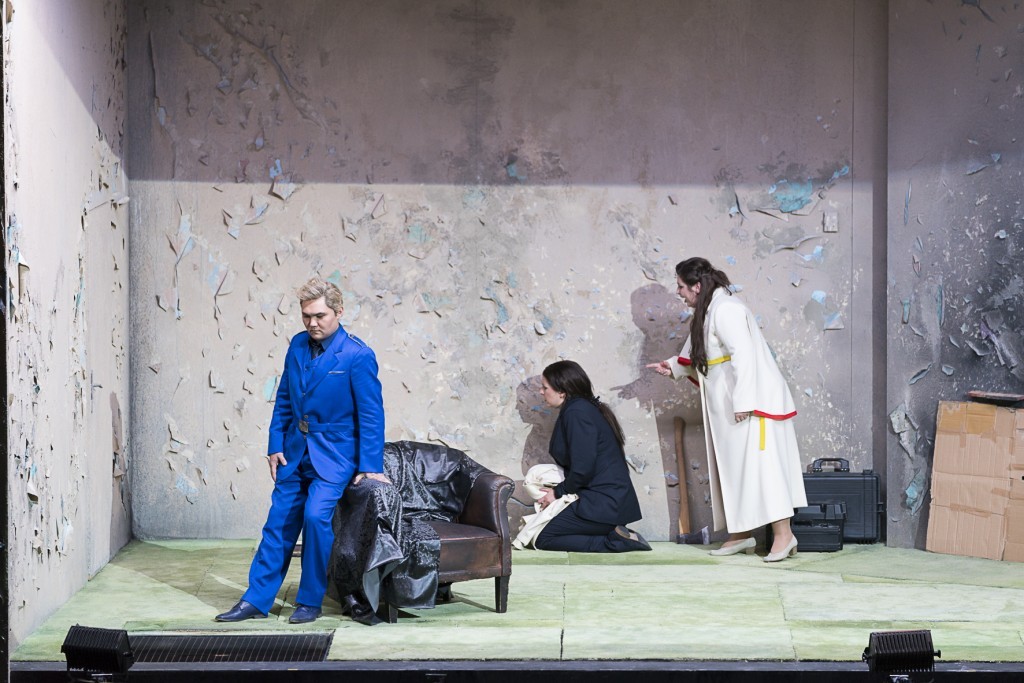 “We prepared the production for a month; there was serious musical and staging work. When I arrived for the first time, I was very nervous, had some doubts whether I could manage this new and complicated role. On the other hand, I felt great joy in honing the Bel Canto style, because this experience gives results that will positively affect other performances. A little later, inspired by the production process, stirred by the musical aura, after working with famous singers, I, myself, opened up, showed my acting skills, and demonstrated good technique. My colleagues gave me a lot of praise,” said Chotabayev, according to the press release.

The premiere of the production was May 6, while the final performance was on June 23.

The artist is also preparing for next season.

“An enormous work was done – I sang every other day, had to constantly keep up the good shape. I would like to note that the opera ‘Norma’ by V. Bellini is one of the pinnacles of the Bel Canto style. Between the performances, I went to Bratislava, where I sang the part of Lensky in Tchaikovsky’s opera ‘Eugene Onegin.’ I started my career from this opera, performed this part in Brazil. Since the audience and management liked me very much, I was invited to sing Alfredo Germont’s part in Verdi’s opera ‘La Traviata’ next season,” he said.

The singer will also perform “La Traviata” with maestro Placido Domingo in August.

According to the statement, after the performances, musical critics wrote several articles about Chotabayev.

“The young Kazakh singer demonstrated sonorous, voluminous voice and flexible technique,” according to a quote from the newspaper Kronen Zeitung.

Chotabayev has been performing abroad for three months. On July 5 he took part in the opera “Kyz Zhibek,” presented by the Kazakh Ministry of Culture and Sports, which was organised in the open air near the Palace of Peace and Harmony. He performed the part of Tolegen.