By Malika Orazgaliyeva in International on 11 July 2017

ASTANA – Kazakhstan’s Ministry of Foreign Affairs held the First Congress of Honorary Consuls of Kazakhstan, dedicated to the celebration of the 25th anniversary of Kazakhstan’s diplomatic service July 10. 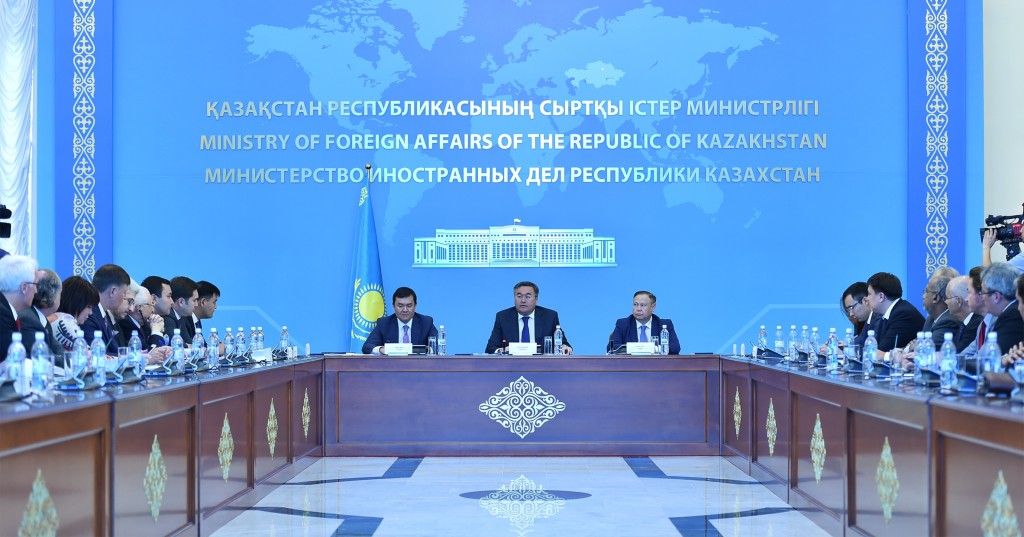 In his speech, Tleuberdi gave a short overview of the main aspects of Kazakh economic diplomacy and thanked the participants for their contribution to strengthening cooperation between the countries.

“I hope this event creates a favourable basis for our collective work on further developing Kazakhstan’s economy,” Tleuberdi said.

“I would like to note the importance of your active participation in attracting foreign investments and technologies, establishing direct ties between business circles and increasing the export of Kazakh products to the international markets of your countries,” he added. 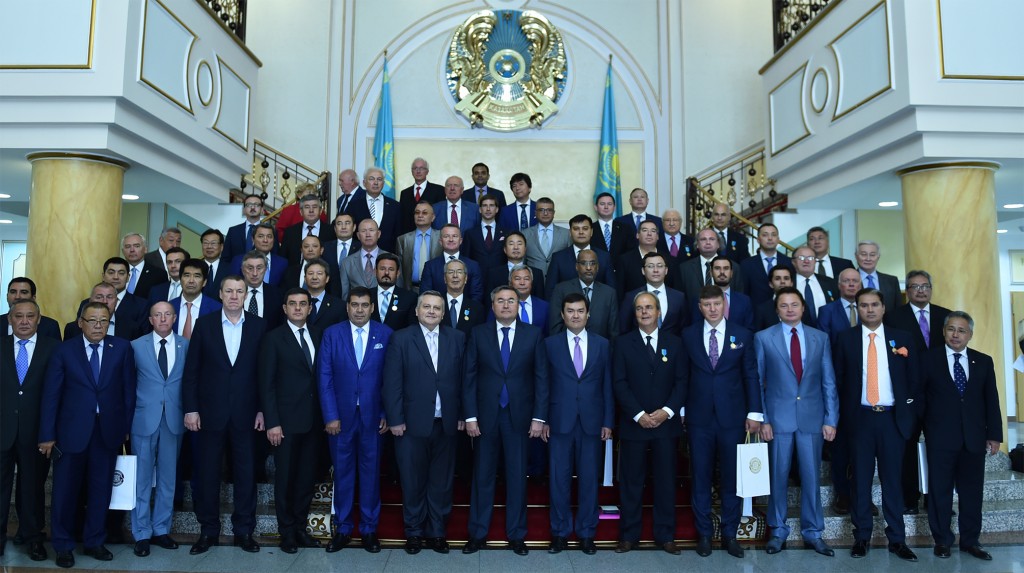 In Tleuberdi’s words, Kazakhstan is now experiencing positive economic growth, and the country is one of the 50 most competitive countries in the world.

According to Tleuberdi, the Foreign Ministry continues to provide assistance in conducting business forums, trade missions, road shows and roundtable discussions abroad. The ministry ensures that officials and representatives of business circles of foreign countries participate at international investment forums held by the regions of Kazakhstan.

The ministry actively applies the practice of holding roundtables and cluster meetings for accredited diplomatic corps and representatives of foreign business communities with the participation of members of government, Tleuberdi said.

“In order to establish direct contacts between the representatives of foreign diplomatic missions accredited in Kazakhstan and domestic business circles, the Foreign Ministry jointly with the Atameken National Chamber of Entrepreneurs have created an informal dialogue platform named the Diplomatic Business Club,” he informed.

In addition, Tleuberdi mentioned that the ministry pays special attention to the promotion of the Astana International Financial Centre (AIFC), as well as the issue of attracting foreign investors to the privatisation programme of state and quasi-public entities.

“Thanks to the focused policy pursued by President Nursultan Nazarbayev, over the past 12 years, $243 billion of direct foreign investments were attracted to Kazakhstan’s economy. Concerning the results of the last year, $20.6 billion were attracted, which is 40 percent more than in 2015. We continue to work on improving the investment climate and supporting investment activities held in Kazakhstan,” he said.

Deputy Chair of the Board of Kazakh Invest national company Nursultan Dzhienbayev briefed the participants on the company’s goals, tasks and interaction with state bodies and investors.

“Kazakh Invest operates on behalf of the government as a ‘one-stop shop’ and accompanies investors through the entirety of their projects, from pitching them opportunities to preparing investment proposals to the implementation and functioning of the business,” Dzhienbayev said.

After the event, the participants visited EXPO 2017.

“The ministry will maintain the practice of holding similar congresses. The chosen format of communication provides a good opportunity for addressing your questions,” concluded Tleuberdi.

Countries appoint honorary consuls based on age, experience, political and business connections, integrity, political views and charisma. The honorary consuls’ job is to strengthen ties and facilitate trade, investment and goodwill between the two nations.