By Zhanna Shayakhmetova in Culture on 4 July 2017

ASTANA – Tamikrest gave a concert featuring incredible guitar mastery as part of their world tour June 24 during the Spirit of Astana, an ethnic music festival held in the capital. 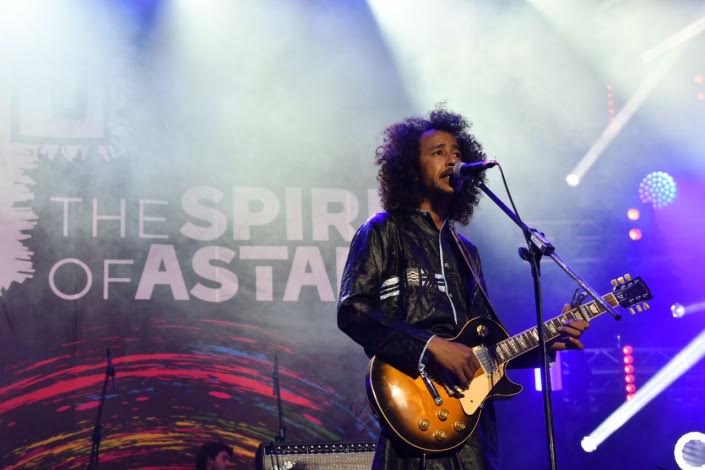 “Our music unites completely different parts of the world. We are very happy to be here. The festival brought together many good artists; it was great to be a part of this atmosphere,” said one of the band’s soloists.

Almaty has hosted the Spirit of Tengri, which is considered a national cultural brand, for four years and the event was initiated for the first time in the capital this year.

“We want this festival to be held here every year because ethnic music is the popular musical trend. We became famous all over the world. Foreign musicians and producers attend our festivals because they are interested in the music content of Central Asia, which means that this content will soon appear on world music venues. It is very important. For example, there are more Arab and African motives in Europe,” said Batyr Kazybayev, Director General of Alash Media Group, which organises the festivals. 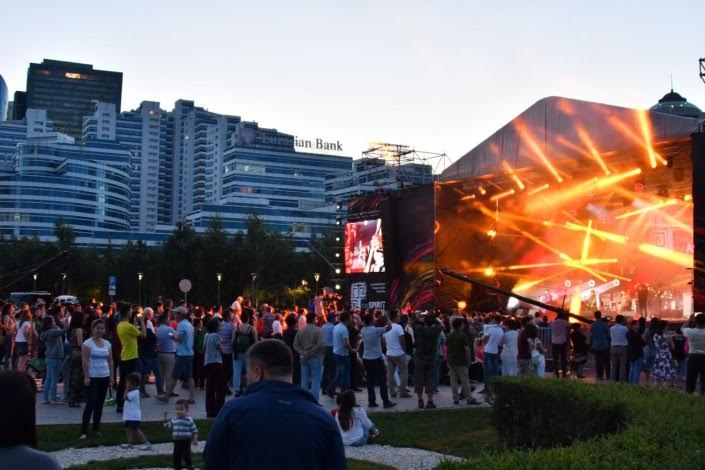 The largest open-air event introduced by Tengri FM national radio station and the Astana akimat (city administration) was a great success. The concert, featuring unique soloists, was specifically organised for the capital audience.

“Local bands presented their new songs and there are groups that came to Kazakhstan for the first time. We have an interesting and powerful schedule of events,” said festival and Zhyldyz FM and Tengri FM producer Zhan Kasteyev.

“We are very pleased. In general, we were worried that we wouldn’t gain an audience in Astana on a weekday. It turned out that the audience was more than the average. People responded very well,” said Aldaspan founder Nurzhan Toishi.

The fifth Spirit of Tengri, with the participation of hundreds of ethnic groups from more than 30 countries, was held May 20-21 in Almaty. The multicultural project is aimed at demonstrating the ethnic traditions of the countries on the Kazakh land.