ASTANA – In a dramatic comeback, the Astana Arlans defeated the Cuba Domadores 6-5 July 15 to end the World Series Boxing’s (WSB) seventh season. With the win, the Arlans earned a record third title to become the league’s most decorated team. 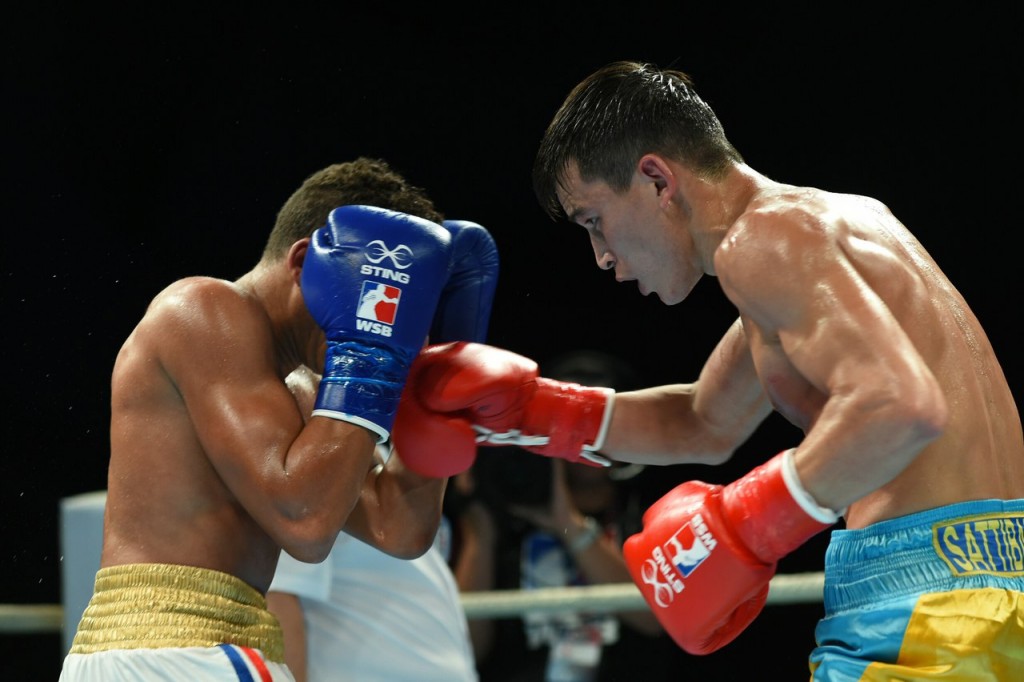 The first bout ended well for the hosts with a win by Temirtas Zhusupov (49 kg). Ilyas Suleimenov (56 kg) extended the team’s initial lead by defeating Javier Ibanez. The next two bouts ended better for the Cubans, as the visitors levelled the score by defeating Anton Pinchuk and Dilmurat Mizhitov.

Abilkhan Amankul took on Arlen Lopez in the 75 kg category. The fight was tense and close, but the judges decided the Cuban was stronger. In the 81 kg bout, Kazakh boxer Arman Rysbek fought Julio La Cruz, one of the visiting team’s most decorated boxers, and the latter’s win doubled the Domadores’ lead. Astana captain Olzhas Sattybayev’s (52 kg) loss to Josbani Veitia made the score 5-2 and the visitors needed only one win in the three remaining bouts to claim the triple champion’s title.

A glimmer of hope for the hosts came when heavyweight Olzhas Bokayev defeated Yoandris Toirac. The Arlans then managed to level the score in the next two bouts, as Zakir Safiullin and Aslanbek Shymbergen secured confident wins over their opponents.

The 5-5 tie required an additional decisive bout. Olzhas Bainiyazov fought Frank Zaldivar and by decision of the judges, the Kazakh boxer earned the
win and the Arlans’ record-breaking title.

“It was a special evening of boxing, which will remain in our memory forever. I congratulate the Kazakh team on the win. Being at a disadvantage, the Arlans managed to reverse the situation and win, showing real will-to-win spirit. Never give up. I also want to thank the Cuban boxers for the excellent fights. The Cubans were also winners today, because they gave the fans a spectacular show,” said International Amateur Boxing Association (AIBA) President Wu Ching-kuo.

The WSB sees the world’s best amateur boxers compete in teams without headgear using the AIBA scoring system. According to the WSB website, the establishment of the league “reunited the broader boxing world and its grassroots amateur foundation by providing a bridge between Olympic Boxing and a future professional programme within the AIBA family.”

AIBA wholly owns WSB. All WSB boxers are registered with AIBA and all referees and officials working WSB matches are specifically certified for the competition. Franchises have a national identity and are formed by national federations. Teams are allowed a quota of overseas boxers: a maximum of eight and no more than three of the same nationality.