ASTANA – An exhibit featuring the Tutankhamun collection and artefacts of ancient Egypt opened June 24 at the National Museum of Kazakhstan, giving locals and guests the chance to acquaint themselves with the northern African nation’s rich history. The display is timed with EXPO 2017. 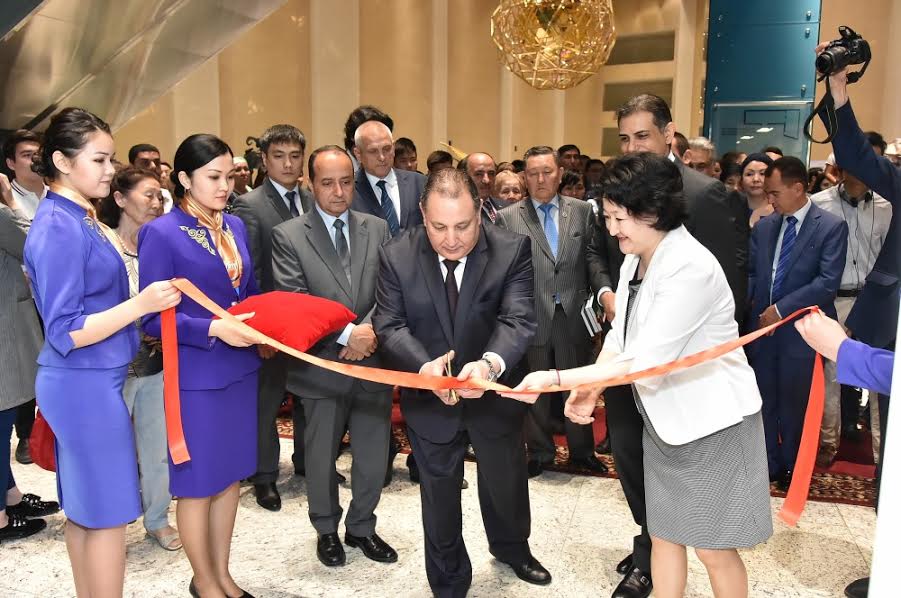 “The 3,000-year history of ancient Egyptian civilisation brought rich historical and cultural legacy to the modern world. One-third of the world’s monuments of ancient culture and architecture are located in Egypt. I congratulate you on the opening of the exhibition of ancient history. This exhibition includes items that demonstrate the stage-by-stage development of Egypt. These historical artefacts tell about the past era. I hope the exhibition helps you learn more about the history and culture of Egypt,” she said.

More than a year was needed to prepare the exhibit, according to organisers.

“We came up with this idea last year. We welcomed a delegation visiting Astana on this occasion. The delegation’s visit does not only deal with this issue, but also other issues related to tourism. We went to Cairo and we met with the Minister of Antiquities and the Minister of Culture. We are trying to strengthen cultural ties. Therefore, it will have a huge impact on our people so they can learn the history of Egypt,” said Ministry Department of Culture and Arts head Almaz Nurazkhan. 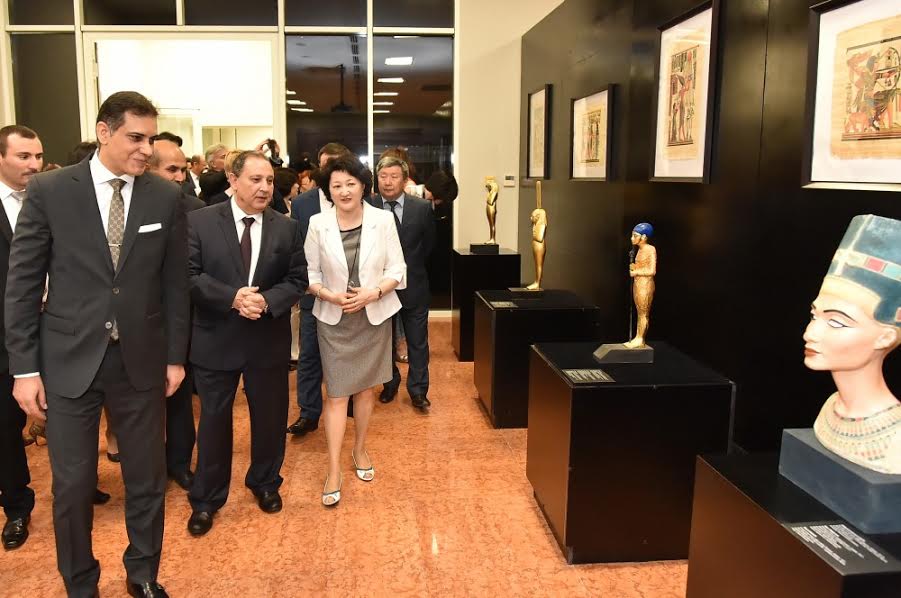 “Egypt will donate all the exhibits to Kazakhstan,” he added.

The show also features items from the Tutankhamun collection, including the Pharaoh’s gold-plated, semiprecious stone encrusted wood chariot and throne, outer sarcophagus, a statuette of a girl with sacrificial gifts and gold collar inlaid with semiprecious stones.

Incorporating a variety of items, each display represents a particular period of Egyptian history and culture from Predynastic to the Middle Ages.

The Predynastic period, dated prior to 3100 BC, is represented by the Narmer Palette, an ancient engraving depicting the first king of Egypt, his victorious battle and unification of the country. A group of British archaeologists discovered the item in 1897-1898 at the Temple of Horus in Nekhen, once a political and cultural centre of Predynastic Egypt.

The history of the Ancient Kingdom period is reflected in the Hesy Ra wood panel. The Egyptian official became prominent due to his tomb paintings and cedar wood panels, which among others were discovered by French archaeologists Auguste Mariette and Jacques de Morgan in 1861.

The exhibition also includes items from the Middle Kingdom period, including a painted wooden statue of Pharaoh Senusret I, the second pharaoh of the 12th dynasty who carried out an aggressive expansionist campaign. In addition, visitors may become acquainted with the Greco-Roman and Islamic periods.

The exhibition will last until Aug. 3.