ASTANA – In a recent interview on the FC (Football Club) Kairat website, supervisory board chairperson Kairat Boranbayev lambasted the recent unsatisfactory results of the team and pledged to introduce changes for improvement. 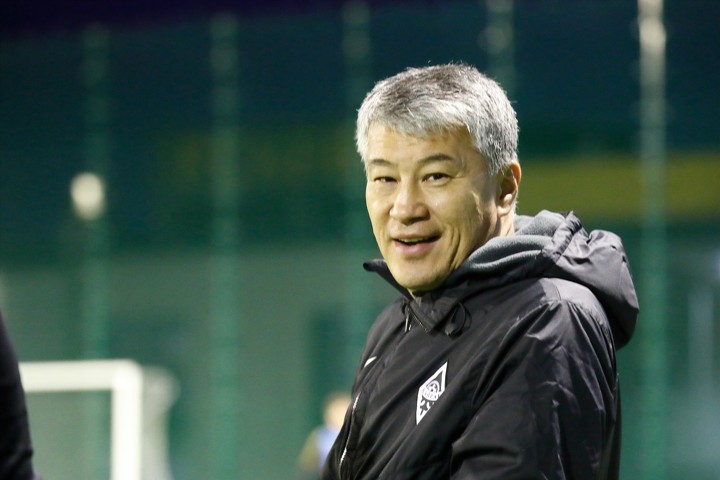 “Speaking about the attitude of players in the club and the results achieved, we can say that it was a ‘one-sided game’ in the last few years. From the club’s perspective, in the past four years all infrastructure conditions have been created for the improvement of skills and development of the players of the main team and academy; all obligations are clearly and honestly performed, but the result remains the same,” he said.

“It is quite obvious that such a development of events should end some day. It is clear that serious changes in football clubs usually occur in the off-season, but the current results have prompted the club’s management to change these traditions and begin to make changes right during the season,” he added.

The management was completely dissatisfied with the team’s performance and game plans in recent matches, noted Boranbayev.

“Secondly, there is the question of the appropriateness of serious economic infusions with chronic failure to fulfil the tasks that are set. It seems the team is infected with the ‘virus of defeat.’ Being recruited by Kairat, players think they’ve done well and relax but, as they say, ‘all good and free things’ end some day,” he said.

“So, we decided that it’s time to make more fundamental and serious decisions. We can’t continue playing this way – this type of management has to stop. This remaining part of the season will be the indicator that will show the attitude of the players to the club and who is worth what. Initially, in building all the infrastructure, we did not mean to create an unmotivated, unambitious and complacent team,” he added.

In the future, the management will select only players who strive to play for Kazakhstan, the city and the club’s emblem.

Boranbayev labelled the results of the recent matches as “extremely unsatisfactory.” He also made it clear the domestic championship’s trophy and achievements are not to be the final objectives.

“Whoever thinks that is on a completely different page from us,” he said. “Football players must clearly understand that they are, just as their coach, responsible for the results. The remaining matches of the season will be an opportunity for rehabilitation for those players who really want to connect their future with our team.”

“The vector of the club’s development will change very seriously; we will definitely part with those who don’t fit on the team. We have grown tired of investing in such ‘pseudo-players’ without the slightest impact and, at the same time, a negative atmosphere has developed around the team and the fans are unhappy with the results,” he added.

FC Kairat is in the process of reviewing its development strategy.

“We need footballers and personalities who want and are able to play football and not the ‘business people in football.’ Perhaps, and most likely, we will keep very few players, but only those around whom a new team will be built and made of passionate personalities who want to achieve something meaningful in football and not just wanting to stuff their pockets with cash,” said Boranbayev.

The club will focus on developing and training young players and Boranbayev indicated the club has already created all the proper conditions.

“We will give the opportunity to young Kazakh players in the first team to grow, which will be an incentive for their development and, as a result, will further improve the quality of the players of the national team,” he said.

For more than a year, the club has been looking for a head coach with experience working with young teams.

“Of course, we continue to count on the support of our fans and are convinced these changes will lead the club to systemic changes and qualitative achievements,” said Boranbayev.