ASTANA – Air Astana, Kazakhstan’s national carrier, won the Best Airline in Central Asia and India award at the June 20 Skytrax World Airline Awards at the Le Bourget Air Show in Paris. The airline is celebrating the award for the sixth successive year. 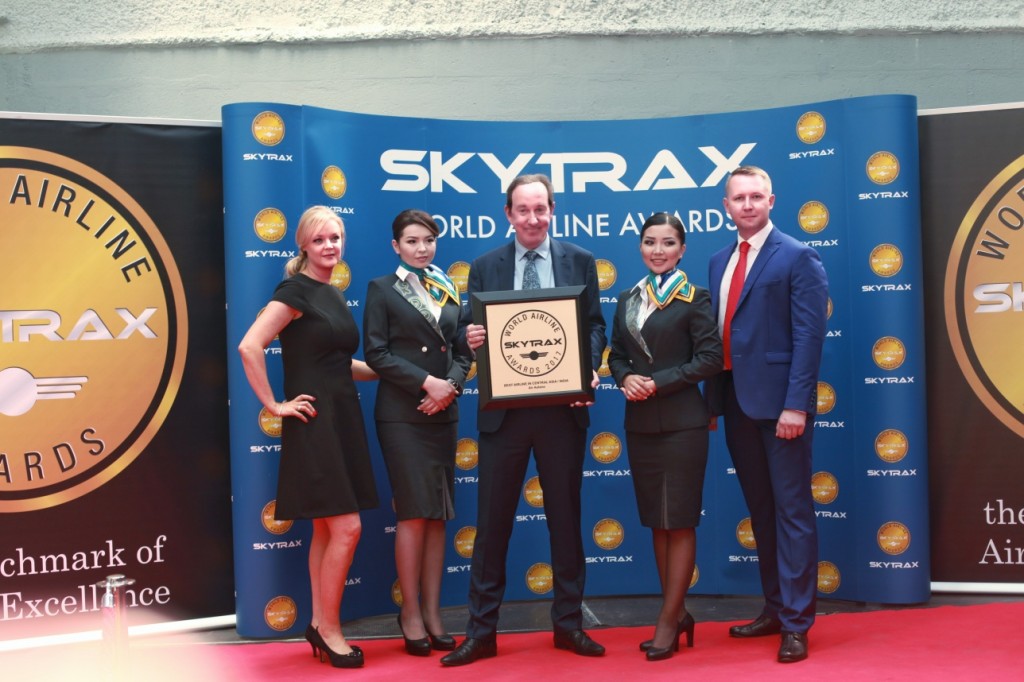 “The key is that all successful airlines concentrate primarily on service delivery. By service delivery we mean not just what happens in the cabin, but what happens on the ground, the punctuality of the airline. We really take the view that our senior managers, myself included, have to be deeply involved in the details of service delivery, because if you take care of the details, the big picture looks after itself,” he said in an interview with The Astana Times.

In a Skytrax survey conducted from August 2016-May 2017 by phone, questionnaire and online, customers evaluated their experience with airlines based on a wide range of indicators such as check-in, boarding, cabin cleanliness and comfort, entertainment system and onboard service. The survey analysed more than 200 airlines, including large international carriers as well as small regional ones, with the results based on 20 million votes from 100 countries.

“We have been building the airline virtually from scratch. It was founded in 2002. I came here in 2005,” he added.

“We have strong support from stakeholders, shareholders and government at a very high level. So, we are not doing this alone,” said Foster.

He added quite a bit of work must be done to take the airline to a new level.

“I think the next challenge is now to grow from a relatively small medium-sized carrier to a global connecting carrier. That is the challenge on which we have embarked at this time,” he noted.

Using the capital as a transit hub, which is in line with the Plan of the Nation – 100 Concrete Steps put forward by Kazakh President Nursultan Nazarbayev, is one of many measures to be used to achieve the goal. This is especially important given the recent opening of a new international terminal at Astana Airport, which will increase its capacity from 3.5 to 8.2 million passengers per year, and the staging of the three-month long EXPO 2017 in the capital.

Air Astana now operates more than 400 flights to and from the city and is considering opening new destinations and increasing the frequency of flights.

“In the last few weeks we launched Astana-Kiev and now we have Astana-Delhi. We have increased Astana-London to five times a week. We have increased flights between Astana and St. Petersburg, Astana and Ekaterinburg, Astana-Novosibirsk, Astana-Tbilisi, Astana-Seoul and Astana-Beijing. There are a lot of increased frequencies and new routes opening at the moment primarily from Astana and this is likely to develop as we move forward,” said Foster.