2,000-year-old settlement to open in Shymkent

By Zhanna Shayakhmetova in Tourism on 27 July 2017

ASTANA – An archaeological open-air museum will open in the ancient settlement of Shymkent, the regional city administration press service reported in late July. 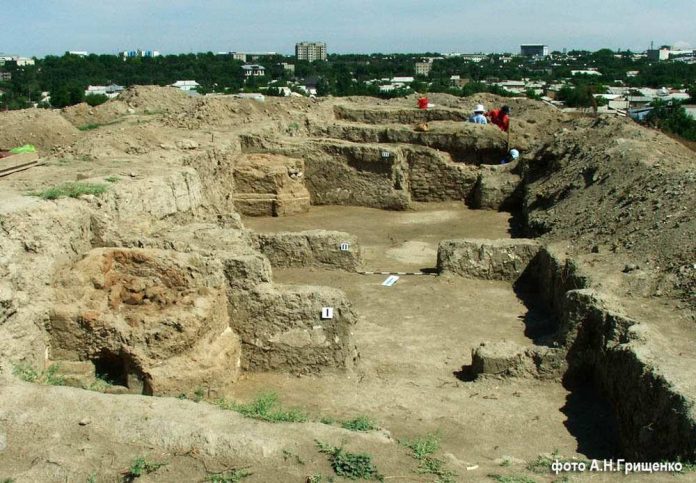 The remains of an ancient settlement in the centre of the city, which were almost demolished, have been preserved due to the efforts of scientists, archaeologists and reporters. The project will include demolishing the market and houses constructed around the citadel in the last decades, restoring the walls of the ancient city and the anticipated construction of a stylised fortress corresponding to the one that once surrounded the city wall. Architects and builders will collaborate with local historians and researchers.

“This historical site is of special importance. The design work and estimated documentation, modern building cleaning and construction of walls will take about four years. A leisure zone with artisans’ quarter will also be located there,” noted the statement.

“The Kazrestavraciya Company will develop the design and estimate the documentation of the project to keep a scientific approach to this facility,” said Shymkent Akim (Mayor) Gabidulla Abdrakhimov.

Construction work will start in 2018 and will be completed two years later. Celebratory events dedicated to the 2,200th anniversary of the city’s foundation will be hosted at the citadel, as the age was confirmed by archaeological research conducted in the area.

“Scientific restoration only can be carried out on the ancient settlement area, then it can be included in the United Nations Educational, Scientific and Cultural Organisation (UNESCO) heritage list. All the works must be carried out in accordance with the UNESCO Convention, as Kazakhstan has adhered to the World Heritage Convention. If the ancient settlement of Shymkent and Sairam is included in the heritage list, they will join the range of unique monuments of world architecture,” said academician Bauyrzhan Baitanayev.

The presence of modern humans on the Shymkent territory is evidenced by occasional finds of ceramic vessels from the Bronze Age related to the Andronov culture. The artefacts were unearthed near the oil and fats plant, including the accidental discovery in the area of the chemical plant of a Scythian bronze knife dagger dated to the 1st millennium BC.

Many other objects have been located. Clay funerary urns with human bone remains dating from the 8th-10th centuries were found in 1881 on Alva-Kent hill on the right bank of the Badam River. Items relating to the 15th-18th centuries were uncovered in the 1970s-1980s on the territory of the old fortress near the citadel and the Shymkent bus station. The 19th century fortification walls and other materials were found in the early 2000s at the medieval fort site.