1,200 musicians to perform Mahler’s Symphony No. 8 at Astana Opera

ASTANA – The capital is offering the public an opportunity to enjoy a concert at the Astana Opera House July 21 featuring Austrian Gustav Mahler’s famous Symphony No. 8. The concert is particularly unique, as 1,200 musicians will appear on the stage to present the composition. 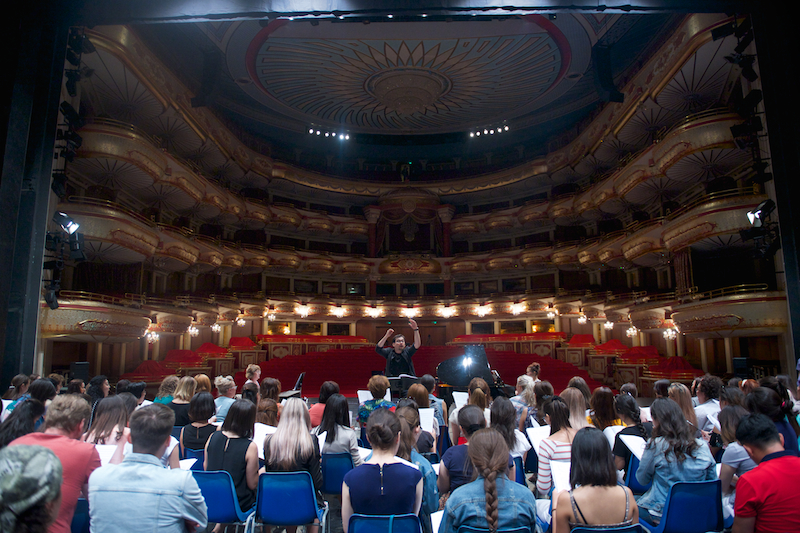 Symphony No. 8, also known as A Symphony of Thousands, is regarded as one of the most difficult choral compositions in terms of formal and structural particularities, as well as the significant vocal and instrumental efforts required to perform it. Yet the beautiful work of the Austrian composer, led by Astana Opera chief and world famous conductor Alan Buribayev, is ready to charm the audience.

“Symphony No. 8 is one of those compositions that I would take with me to a desert island and would listen to this incredibly beautiful music constantly. An interesting fact is that the symphony’s premiere in September 1910 in Europe coincided with the expo. It was when the so-called name A Symphony of Thousands emerged,” he said.

Performing a symphony of such scale is a challenge for musicians, he added.

“I rehearse a lot, but before gathering together in a choir and orchestra, I work with each group separately. The idea of unity, fraternity and love, which has always been relevant, is driving this fabulous project,” said Buribayev.

Symphony orchestras and choirs from both operas, the Teatro Carlo Felice, Genoa’s grand opera house, and the Kazakh State Symphony Orchestra will accompany the soloists. Leading choirs from all parts of Kazakhstan will also arrive in the capital to immerse themselves in the beautiful symphonic tones.

Buribayev has had a special connection to Mahler’s works since he was a student at the University of Music and Performing Arts in Vienna. He conducted the composer’s Symphony No. 1 for the first time at 20, when he won first prize at the Lovro von Matačić International Competition of Young Conductors in Zagreb. Mahler’s compositions have subsequently become an integral part of Buribayev’s repertoire.