ASTANA – Approximately 1,200 musicians performing Austrian Gustav Mahler’s famous Symphony No. 8 led by Astana Opera chief and world-famous conductor Alan Buribayev made a splash July 21 at the Astana Opera House. After the performance, the audience exploded in applause that lasted for more than 20 minutes. 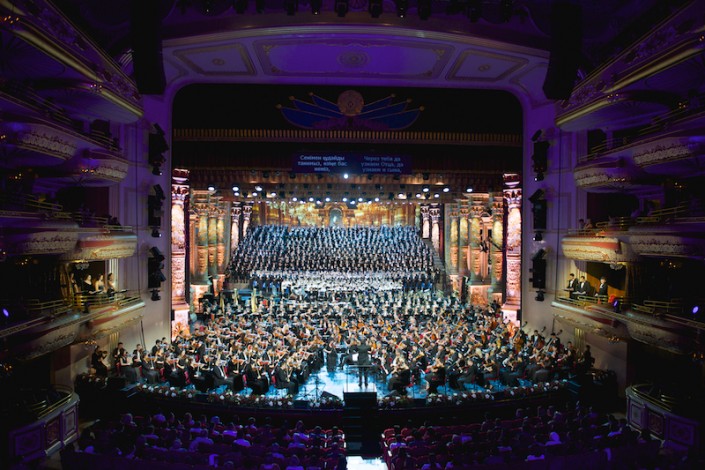 Symphony No. 8, also known as “A Symphony of Thousands,” is regarded as one of the most difficult choral compositions in terms of formal and structural particularities, as well as the astoundingly strong vocal and instrumental efforts required to perform it.

The July 21 concert was particularly unique, as 1,200 musicians appeared on the stage to present the composition, first time in the history since its premiere in 1910.

“Performing such a massive project is a big challenge for musicians. The premiere is a unique event unmatched in the world,” noted Buribayev.

“I have never seen something like this in my life. It is incredible. All musicians were so harmonic in their performance that I do not have words to describe it. This is the greatest art,” said Brody. 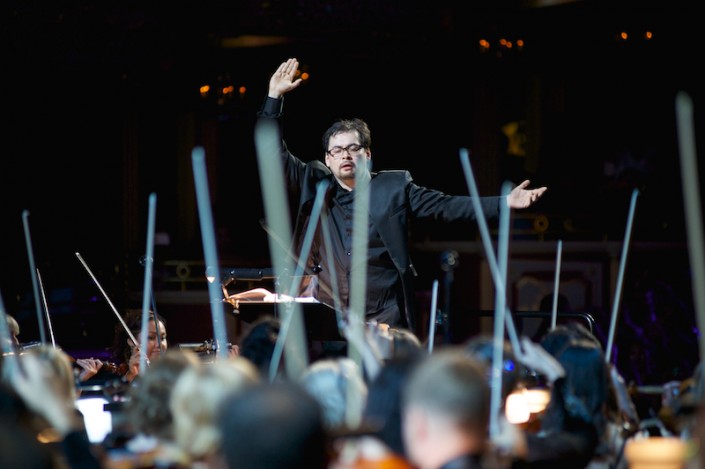 Symphony orchestras and choirs from both operas, the Teatro Carlo Felice, Genoa’s grand opera house, and the Kazakh State Symphony Orchestra accompanied the soloists. Leading choirs from all parts of Kazakhstan also arrived in the capital to immerse themselves in the symphonic tones.

Musicians were rehearsing daily for three months to present the composition.

“I rehearse a lot, but before gathering together in a choir and orchestra, I work with each group separately. The idea of unity, fraternity and love, which has always been relevant, is driving this fabulous project,” said Buribayev.

“In the process of bringing different groups together, of course there are some difficulties related to ‘musical adjustment’. New sounds emerge, because we have never played together, but when we rehearse, everything falls into place. We achieve the intended result,” added Sagimbayev. 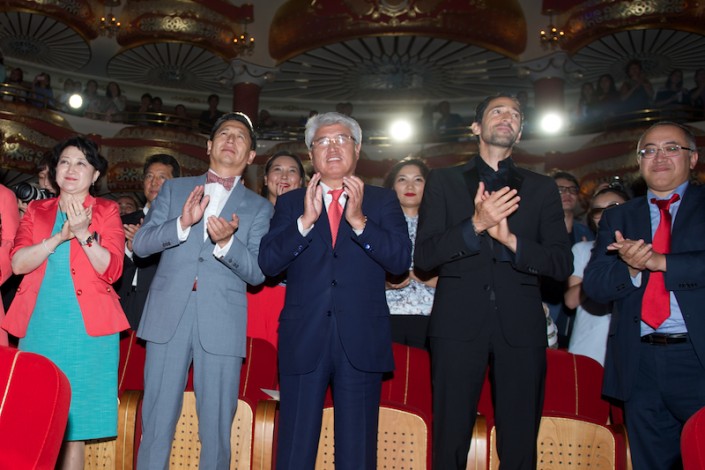 “It was a large and beautiful festival of our creative friendship. We want to show that love of classical art lives and thrives in all regions of Kazakhstan. Together, we make a huge symphony, one of the most difficult symphonies in the world. We want to show a high level of arts in our country. The idea of musical fraternity and love to each other is embodied in our rehearsals. This is not merely a music performance, but the moment of biggest human happiness,” added Buribayev.

Buribayev has had a special connection to Mahler’s works since he was a student at the University of Music and Performing Arts in Vienna. He conducted the composer’s Symphony No. 1 for the first time at 20, when he won first prize at the Lovro von Matačić International Competition of Young Conductors in Zagreb. Mahler’s compositions have subsequently become an integral part of Buribayev’s repertoire.

“Symphony No. 8 is one of those compositions that I would take with me to a desert island and would listen to this incredibly beautiful music constantly. An interesting fact is that the symphony’s premiere in September 1910 in Europe coincided with the expo. It was when the so-called name ‘A Symphony of Thousands’ emerged,” he said.

Yet, this is not the only coincidence the musicians have encountered.

“During EXPO 2015 in Milan, Genoa Theatre and four Astana Opera soloists performed Beethoven’s Symphony No. 9. Two years later, we came to you and performed here within the framework of EXPO 2017. I believe this symbolises the potential of art and music to unity, friendship and fraternity. Our theatres have similar structure. We have close cooperation. Seventy choir and orchestra members and concertmasters arrived to perform this symphony,” noted Italian theatre Art Director Giuseppe Acquaviva.