By Malika Orazgaliyeva in International on 20 June 2017 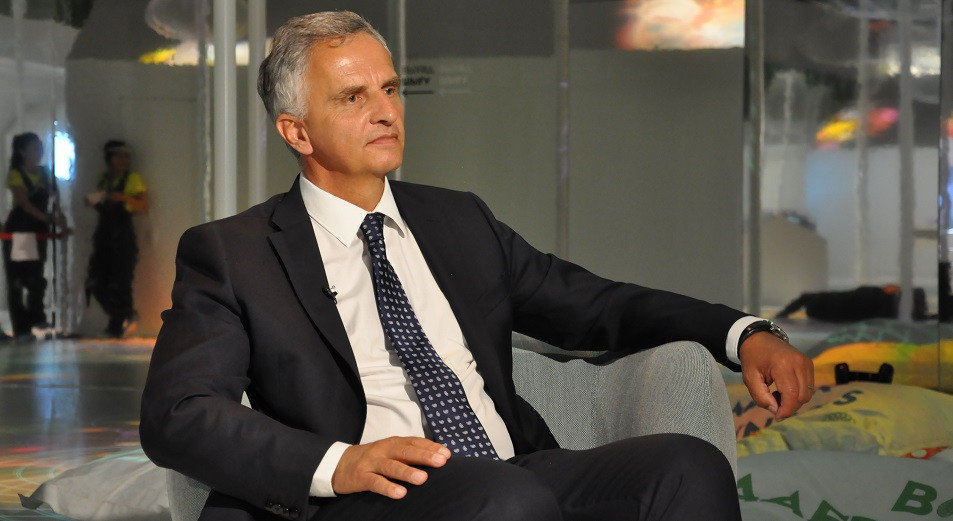 During the meeting, Abdrakhmanov noted the high level of bilateral political and economic partnership and said Switzerland is one of Kazakhstan’s largest trade and investment partners. Bilateral trade in 2016 was $2.8 billion.

Regarding the cooperation in the framework of the United Nations, Abdrakhmanov also emphasised the relevance of President Nursultan Nazarbayev’s initiatives, including allocating 1 percent of the countries’ defence budgets to sustainable development, organising a high-level international conference on reaffirming the principles of international law, creating a global anti-terrorist network and forming a single list of terrorist organisations.

Burkhalter noted the role of Kazakhstan in the international arena, stressing the country’s contribution for a peaceful settlement of the situation in Syria within the framework of the Astana Process.

He also said Switzerland is ready to cooperate on a range of regional issues, including management of Central Asia’s water resources.

“We can see the positive dynamics of a dialogue on development of water issues in the region. We welcome the involvement of Switzerland, which has significant experience in this sphere,” he said.

The water deficit is considered one of the top ten global challenges. Therefore, Kazakhstan’s main objectives include providing water resources to the population and industry using water-saving technologies, improving the efficiency of water resources management and guaranteeing the safety of water ecological systems.

Burkhalter noted that the drains of many European rivers start in Switzerland and said Switzerland is ready to share its water management experience with Central Asian countries.

“We intend to analyse the process, intensify the political dialogue and assist in solving water issues in the region,” he added.

While in Astana, Burkhalter also visited the Swiss pavilion, which uses Flower Power as its slogan, as well as toured a number of pavilions of Central Asian nations.