ASTANA – Some students in Almaty, Kyzylorda and Pavlodar will start studying chess as a school subject from Sept. 1. 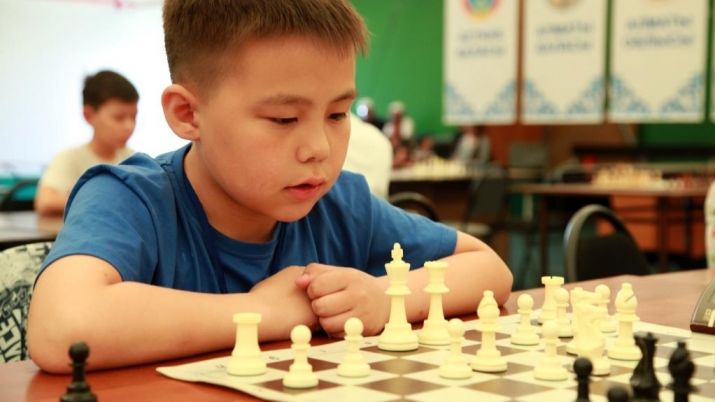 “Chess playing instruction will take one hour a week in the second grades of 42 schools in Almaty, Kyzylorda, Pavlodar and the Pavlodar Region. We provided textbooks and manuals in the Kazakh and Russian languages. The authors of the books are famous Kazakh chess players such as Flyura Khasanova and Gulmira Dauletova,” explained Executive Director of the Science and Education Foundation Aiganym Malisheva.

According to the Kazakhstan Chess Federation, 1,500 students will begin receiving chess instruction.

The instruction is part of an experiment – to see how students who study chess develop compared to those who don’t. Schools participating in the project had to agree to teach chess to only one of two second grade classes, so students can be compared at the end of the year.

“The project psychologists will check the development of attention and memory, thinking and other parameters at the beginning, in the middle and at the end of the school year. They will draw conclusions based on the results. After that, we will consider expanding chess studying to other schools in Kazakhstan,” said Kazakhstan Chess Federation Chief Executive Officer Irina Grischenko.

Every school participating in the project will receive 20 sets of chessboards and figures, a demonstration board, a projector and a screen, speakers and printers. The 36 teachers and 20 psychologists who will work in the pilot project will be trained ahead of time in Almaty.

Psychologists from Kyzylorda and Almaty will be taught by Almagul Ayaganova and Sholpan Imangaliyeva, teachers at Korkyt Ata Kyzylorda State University. They have developed tests for the project and will provide a methodology for research in schools.  Dr. Adil Samekin of Pavlodar State University will teach psychologists in Pavlodar schools.