ASTANA – A delegation from Poland is on a three-day visit to Kazakhstan to visit EXPO 2017 and celebrate the June 17 Day of Poles. Headed by Deputy Senate Marshal Maria Koc, the delegation met with Kazakh State Secretary Gulshara Abdykalikova June 15 and unveiled the exhibition dedicated to Polish army commander Gen. Wladyslaw Anders. 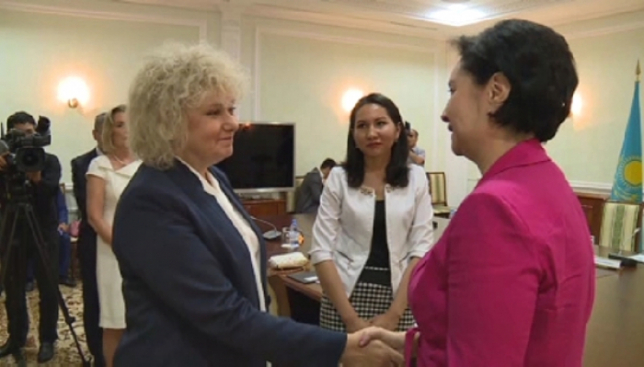 The delegation consists of members of the Polish parliament including Secretary of State and Prime Minister’s Plenipotentiary for International Dialogue Anna Maria Anders, the daughter of the general who is regarded as hero in modern Poland credited with saving more than one hundred thousands of Poles during World War II.

“The purpose of my visit is primarily to attend the expo. In our pavilion, we want to present Poland as a rapidly growing country that devotes significant attention to innovations. Economic ties are growing, but we need to strengthen cooperation in this field,” said Koc, as quoted by khabar.kz. 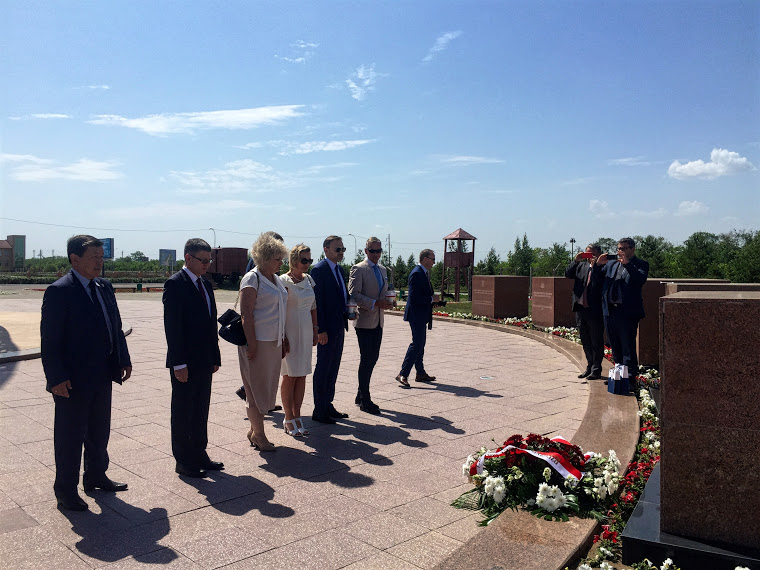 “We are here to support Poland at the expo. We are here also to develop closer relations between Kazakhstan and Poland,” added Anders.

During the meeting, the sides discussed bilateral ties between the nations and prospects for further political, economic, cultural and humanitarian cooperation.

Abdykalikova stressed the contribution of the 32,000 Polish diaspora in developing Kazakhstan’s socio-political and economic sectors. She expressed gratitude to her colleagues for their participation in EXPO 2017 marking the importance of Polish achievements in the field of alternative energy. Abdykalikova also congratulated the country on its selection as a non-permanent member of the United Nations Security Council for 2018-2019, where it will sit together with Kazakhstan during one year. 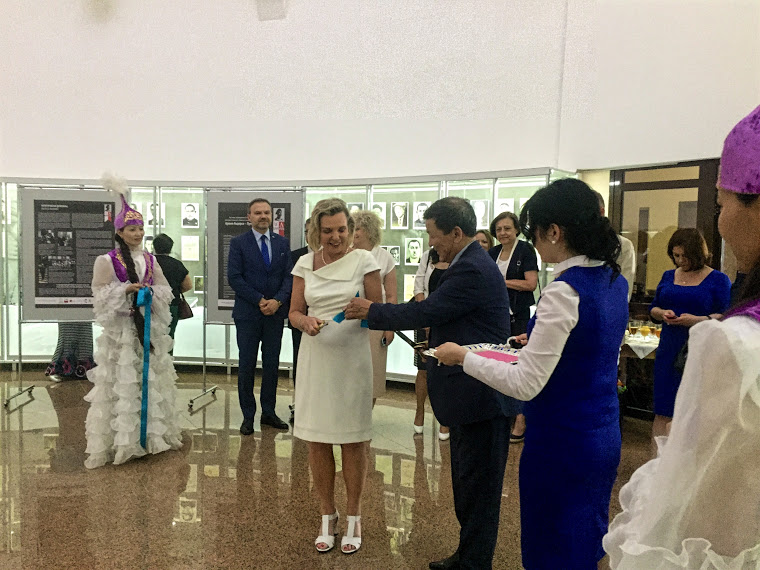 The same day as part of the visit, Anders opened the exhibition in the Alzhir memorial complex devoted to her father’s army and victims of political repression and totalitarianism. He was a former NKVD prisoner and commanded the nation’s forces during World War II.

“We are at this exhibition to speak about the history of the Polish people who are here. There are many Poles here (in Kazakhstan),” she said.

The exhibition marks the 75th anniversary of Anders Army initiated by the signing of the Sikorski-Maysky agreement in 1941 between the Soviet Union and the Polish government in exile in the U.K.

The fate of Polish people who fell victim to Soviet and German occupation beginning in 1939 is captured on the walls of the exhibit. Many Poles named enemies of the state were deported to labour camps in the most remote parts of the Soviet Union, including ALZHIR, where Polish women, mothers, sisters or wives of enemies of the state, were sentenced to five-eight years. Thousands were brutally killed in the Katyn massacre carried out by NKVD in 1940.

Many Polish people, including officers and civilians throughout the Soviet Union, joined Anders Army as their only hope to escape death in concentration camps. The army saved the lives of more than 120,000 people.

“Last year we came across the idea of representing a piece of history, the history of my father’s army, Gen. Anders Army, that was formed in the Soviet Union and then came out through Siberia, the Middle East, Kazakhstan and Uzbekistan and finally ended up in the battle of Monte Cassino in Italy. It is important to promote the history of my father, but also I feel that for many years that part of history was neglected,” said Anders.

The collection of photos and information presented in the exhibition is the result of the hard work of leading Polish historical and archival organisations, including the Archive of New Acts, Central Military Archives, Institute of Poland, General Sikorski Museum in London, Polish Army Museum and National Digital Archives.