Operalia 2017 to be held in Astana

ASTANA – Four Kazakh singers, including the laureate of many international competitions and well-known Astana Opera Theatre soloist Maria Mudryak, will participate in Placido Domingo’s Operalia 2017, the world opera contest to be held in the capital. The 25th season of the event will involve 40 participants from 17 different countries competing for the title of best opera singer. 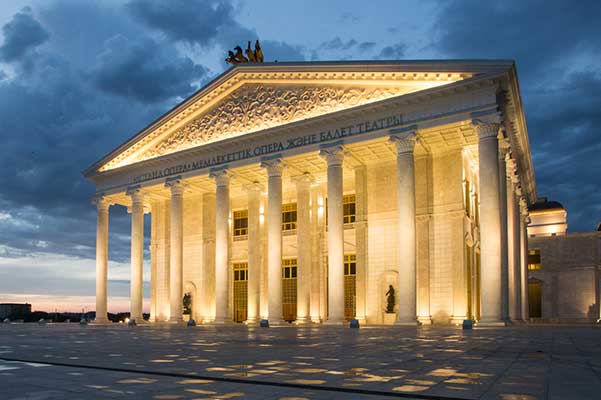 By tradition, the competition will take several days. The quarterfinal and semi-final rounds will be held as auditions on July 24, 25 and 26, when the participants will perform their chosen arias. On July 29, 10 finalists will perform in a gala concert format under the accompaniment of the Astana Opera Symphony Orchestra directed by Maestro Domingo himself. All stages of the competition will be held publicly for the viewers’ delight.

“Kazakhstan met us with great enthusiasm. We are warmed by all of it. This year, we received a number of invitations where we could host the Operalia. Among them was an invitation from the Ministry of Culture and Sports of Kazakhstan. When we considered the invitation, we took into account many factors, including the expo and the conditions that are presented here. And what we found here is amazing. The performance on the stage of your Astana Opera Theatre will be an excellent professional experience for young singers,” said Operalia Vice President Alvaro Domingo.

Residents and guests of the city will be able to follow the fate of the contestants, not only by buying a ticket, but also by watching the live broadcast on the country’s main TV channels. The nation’s main opera house plans to surprise visitors with an interesting programme throughout the international exhibition. Tickets for Operalia 2017 are already on sale at the Astana Opera ticket offices.

“There will be open air events, such as the ‘Kyz Zhibek’ and ‘Aida’ operas, and the ballet ‘Don Quixote.’ We are going to hold the Astana Ball on July 1 for the first time. There will be a grandiose event in the marble hall; there will be about a hundred pairs here. It will be like the Vienna Ball. Also, we plan to show an open air performance of Mahler’s 8th Symphony, where more than a thousand people will take part. Astana is the epicentre of world culture now,” said Astana Opera Director Galym Akhmediyarov.

Known as the King of Opera, Domingo is one of the most famous tenors of all time. He has always taken a special interest in promising young singers, as he knows the difficulties they face at the beginning of their careers. The prize fund for Operalia stands at $180,000.