By Malika Orazgaliyeva in International on 19 June 2017 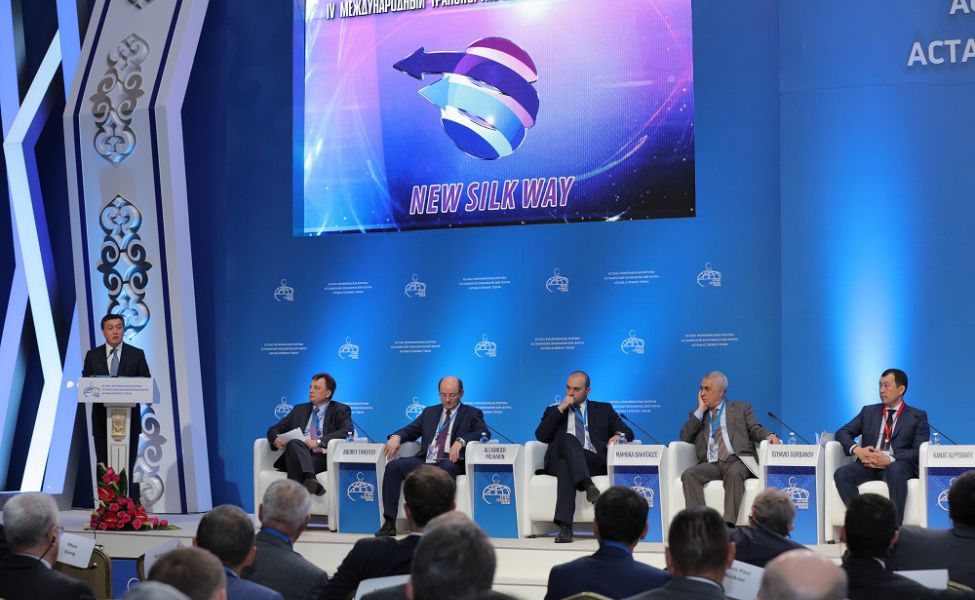 Participants discussed global economic trends, European and Asian markets in terms of the development of transcontinental routes, improvement of the efficiency of multimodal transport, the role of interstate cooperation on development of international transport corridors, and the application of innovative solutions to regional transport and logistics infrastructure.

“Kazakhstan is actively working to integrate the transport network into the Eurasian transport system and making a significant contribution to its development,” Mamin said.

According to the report, the development of modernisation of the transport and logistics infrastructure of the trans-Kazakhstan routes are done as part of the Nurly Zhol and Plan of the Nation 100 concrete steps programmes.

“The railroads, highways and air routes laying across the territory of Kazakhstan form effective transcontinental corridors from Asia to Russia, Europe, Central Asia, the Caucasus and the Persian Gulf,” Mamin said, adding that in a short period of time East-West container traffic has increased, cargo flows have been reoriented and the new routes have been opened.