ASTANA – Kazakhstan President Nursultan Nazarbayev opened June 23 the fifth World Kurultai of Kazakhs in Astana, which takes place in the capital within the framework of EXPO 2017. Nearly 850 delegates and guests, including 350 ethnic Kazakhs from 39 countries, arrived in Astana to take part. 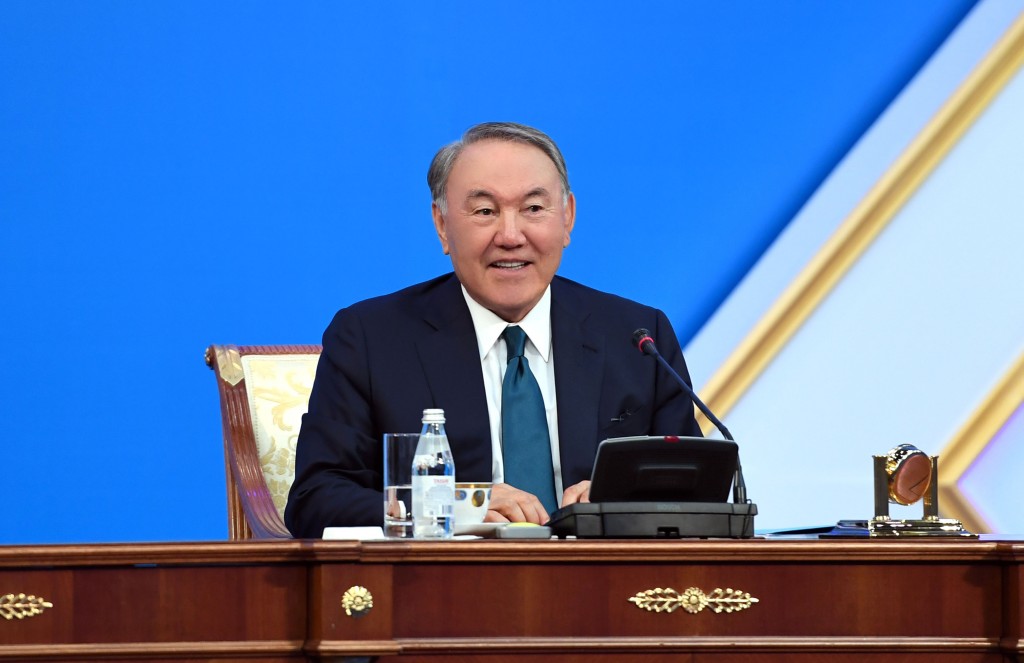 “I want to address Kazakhs from the rostrum with lines from a poem – every Kazakh is the one and only for me. I send my warmest greetings to our compatriots living abroad,” Nazarbayev said in his opening remarks.

He noted that every Kazakh contributes to the development of Kazakhstan regardless of where they live.

Established in 1992 and taking place every five years, the general idea behind the creation of Kurultai, which means congregation in Kazakh, is to unite Kazakhs all over the world, promote Kazakh culture and traditions as they can be subject to assimilation and let Kazakhs know that they are welcome in their historical homeland.

Eighty percent of all delegates this year are taking part in the Kurultai for the first time. Unlike previous years, this time the organisers put the focus on Kazakh youth residing in foreign countries – 60 percent of delegates are young people not older than 35, who succeeded in various fields abroad.

The delegates will focus on issues related to the funding of Kazakh cultural centres abroad, various forms of assistance to Kazakh diasporas and measures to encourage young Kazakhs from abroad to study in Kazakhstan. 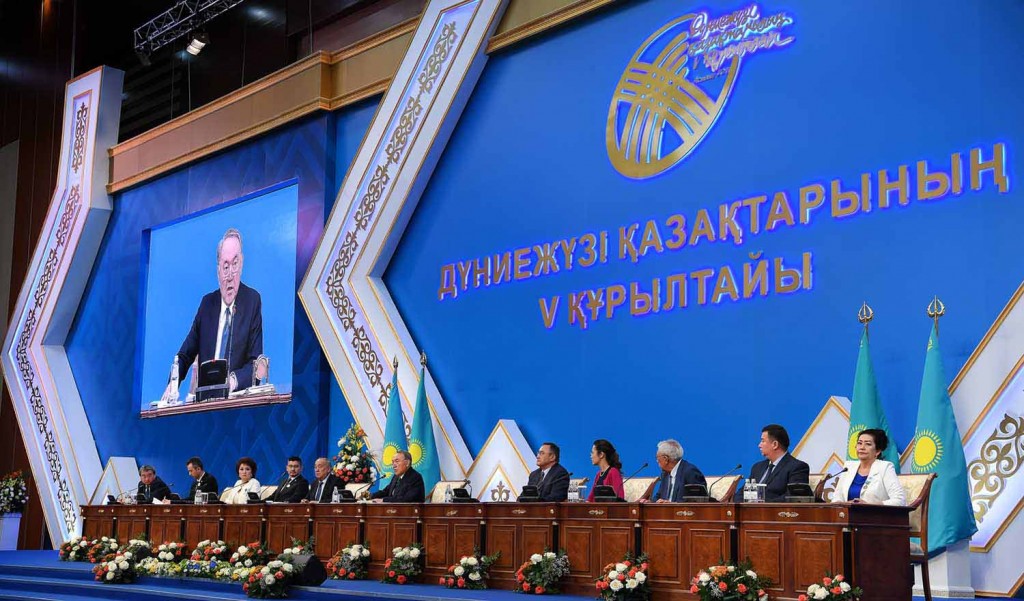 According to Nazarbayev, one of the many ways to unite Kazakhs is to accelerate the introduction of the Latin alphabet. “Transition of the Kazakh language to Latin alphabet is a step closer to greater integration in global science and education system and to our spiritual unity. On the post-Soviet space, we use Cyrillic, our compatriots in China use the Arabic script and our brothers in the West use Latin. When we speak to each other, it is one language, but when it comes to reading, we have three different languages. We cannot understand each other. We become estranged,” Nazarbayev noted, as reported by Kazinform news agency.

With the potential of the Latin alphabet to unite Kazakhs around the world, Nazarbayev believes the transition can occur earlier than 2025 initially announced in his state-of-the-nation address in 2012. “I believe it is not difficult, because our children learn English since the first grade. All schools have English language classes, which use the Latin alphabet. The young generation will have no problem with that. We will not have any problems either,” Nazarbayev added.

Initially scheduled for 2016, Kurultai was postponed to coincide with a major international event now taking place in Astana – EXPO 2017, – as delegates expressed their interest in attending the exhibition.

As part of their visit, delegates will visit pavilions at the expo, Astana’s sights and attractions and Ethnic Village complex, which brings visitors closer to the Kazakh culture and traditions. They will also take part in round tables and seminars organized by the country’s ministries.