By Aigerim Seisembayeva in Nation on 1 June 2017

ASTANA – Kazakh President Nursultan Nazarbayev took part May 31 in a wreath-laying ceremony at the ALZHIR memorial complex of victims of political repressions and totalitarianism. The same day, a monument to the 1931-1933 famine victims was unveiled in Almaty.

The wreath-laying ceremony was attended by relatives and friends of victims of political repressions and totalitarianism.

Speaking before the media after the ceremony, Nazarbayev noted this day’s special role in Kazakhstan’s history.

“On May 31, we commemorate the Day of National Remembrance and Sorrow for the Victims of Political Repressions. In Kazakhstan alone, more than 103,000 people were arrested during those years. Twenty-five-thousand people were shot. The best of Kazakh intelligentsia, all the leadership of the republic was destroyed,” said Nazarbayev.

The President recalled the camps for the repressed that were created at that time and spoke about their horrible conditions. 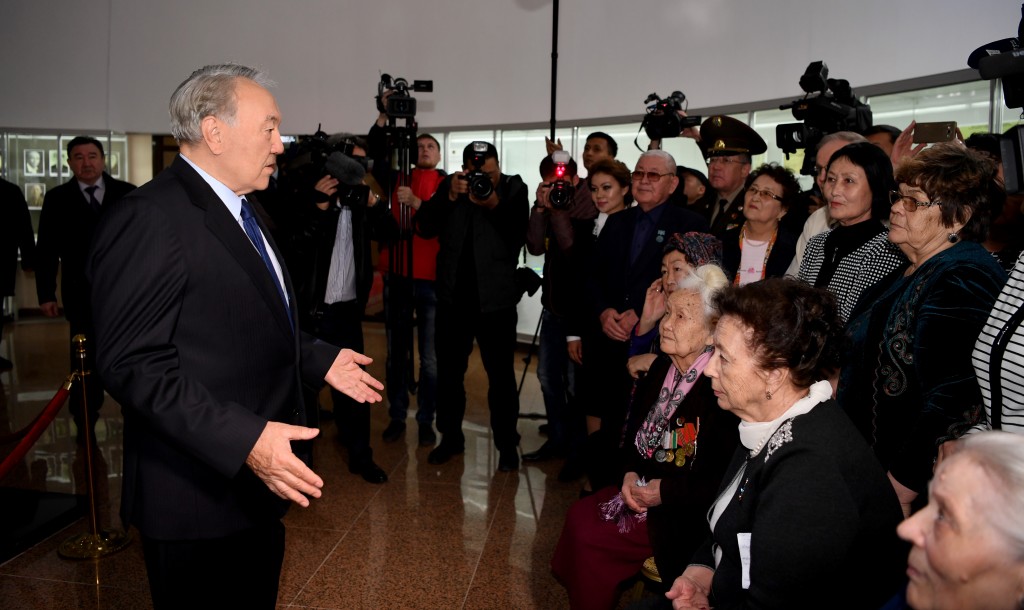 “People were dying from anguish and torture in 11 camps, which were built throughout Kazakhstan. More than a million people served their sentence there. It was not only the political figures, who were repressed, but their wives and children too. Some children were born in these camps,” Nazarbayev said.

He noted that during that difficult period, Kazakhstan became home to dozens of ethnic groups, which, after going through numerous difficulties, have become one people.

“Our people must remember these tragic events. The future generation must know about this in order to prevent these horrors. Today, we have built a new legal state. The rights and freedoms of citizens in Kazakhstan are protected. We have no political persecution. We have chosen an evolutionary development path,” said the President.

At the end of his speech, Nazarbayev called for the Kazakh people to always remember their past and appreciate the present.

The official monument opening ceremony in Almaty was attended by the descendants of repression and famine victims, public figures, scientists, activists and youth. 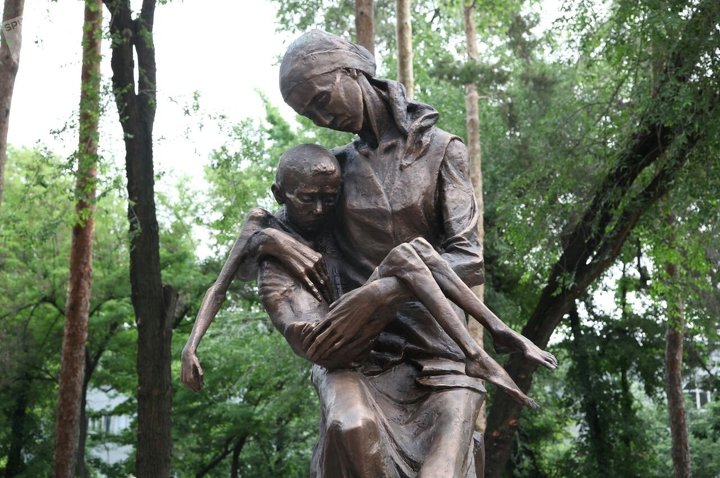 Almaty Akim (Mayor) Bauyrzhan Baibek noted the monument was unveiled by direct order of the President. According to numerous resources, more than three million people died in 1918-1933 in Kazakhstan, including approximately 1.7 million dead from starvation in 1931-1933.

“Today, on the Day of National Remembrance and Sorrow for the Victims of Political Repressions, we are opening a monument for the victims of 1931-1933 famine, in order to perpetuate this lasting pain of our people. On behalf of the head of state, last year we announced a competition to create a draft of the future monument. By the decision of the state commission, the project of Dulat Usenbayev, Aidos Burkitbaev and Kanat Beguliev, the sculpture named “Ana” (Mother) was selected from more than 20 proposed works. The image of a mother holding her child exhausted from hunger reveals all the sorrow of the Kazakh people. Mother is the origin of life, the foundation of the nation, the guarantee of the future,” Baibek said.

The monument for 1931-1933 famine victims has been installed in Karagaily Square. It is at the intersection of Kabanbai Batyr and Nauryzbai Batyr streets. The three-metre-tall sculpture of a mother pressing her exhausted child to her breast is made of bronze and granite.

“At the sight of her weak and defenseless son her heart bleeds with grief and despair. The boy’s thin arms and legs are hanging, he cannot hold his mother, his eyes are closed. There is an empty cauldron turned upside down at the feet of the woman,” the sculpture’s authors explained.