ASTANA – Kazakhstan had a pavilion at the May 17-28 70th Cannes Film Festival for the first time. It represents the film industry of the country on the Village International, one of the main world platforms of the film market. The opening is a rare opportunity for domestic filmmakers, distributors, owners of rental studios and representatives of film networks to interest and attract new partners come to Kazakhstan. 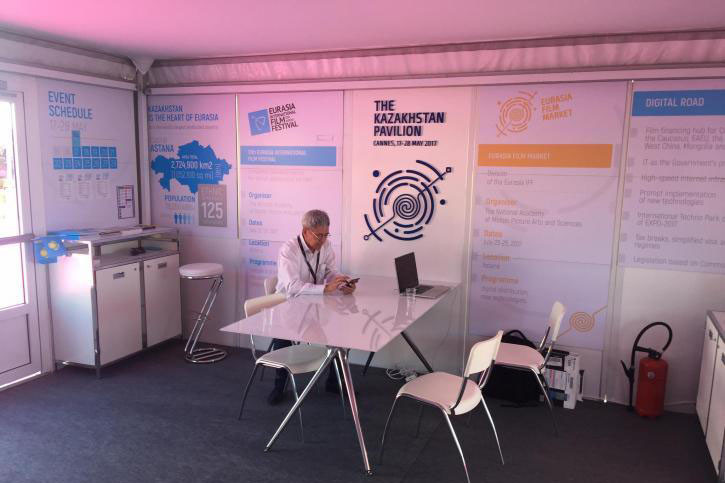 “The festivals are searching for new names worldwide. And how they will know about you, about a new and up and coming name, if you do not communicate and do not talk about your films and your vision of cinema, about the film language and history you want to portray? All this is a part of the active work that is done in the background, not only being on the set,” said President of the Kazakhstan Academy of Cinematography Arts Rashid Nugmanov.

This year, 18 films took part from different countries in the main competition of the festival. Kazakh cinema was represented in the programme of short films by seven domestic movies made by young directors about life in Kazakhstan.

“It is very important.  We see more and more of these films every year and want to present them here. We would like Kazakh films to be watched worldwide,” said Director of Kazakh pavilion Anna Kachko.