ASTANA – A recap of the previous year’s work, including attracting foreign investments, a new subsoil code and improving the nation’s transport and logistics potential were the main talking points of a June 12 presentation by Kazakh Minister for Investments and Development Zhenis Kassymbek, according to Kapital.kz. The meeting with the population was held in the capital. 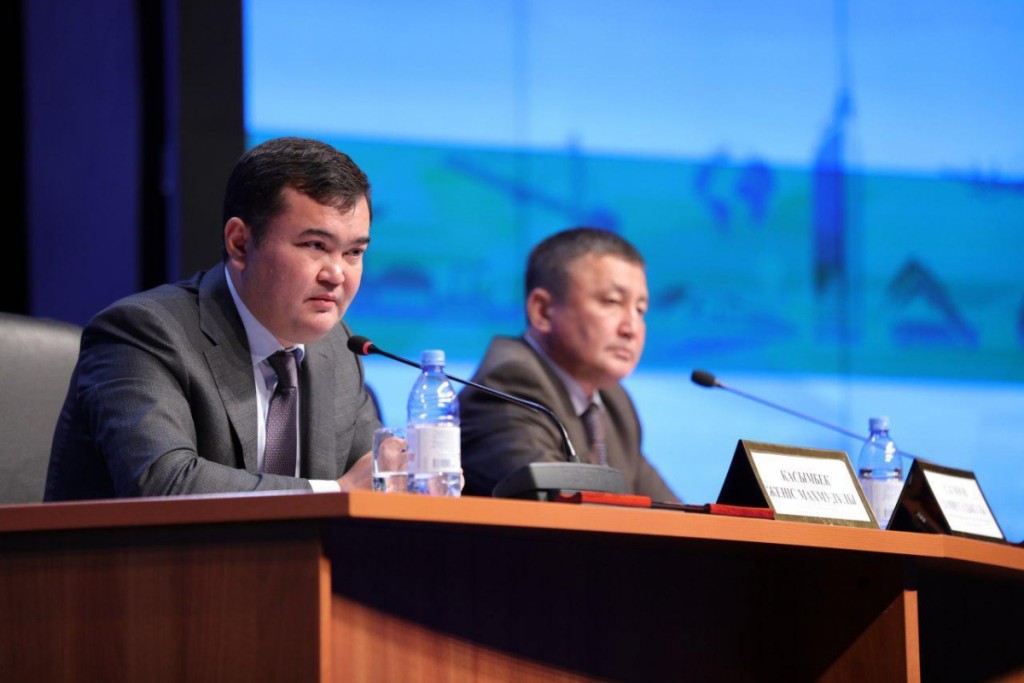 “As a result of last year, we received about 5,500 requests through the single-window system and we have provided about 8,000 public services. The investment ombudsman has received more than 50 new applications from foreign and domestic investors. We have put forth more efforts to attract investment at the external level. In particular, special advisors for attracting investments in 10 priority countries have been identified. At the regional level, councils for attracting investments under the mayors of the regions were created. Now, on insutrctions of the head of state, there is a process to reform the system of attracting investments. The ministry faces a number of current tasks. Until the end of June, a national strategy for attracting investments will be developed. For this work, we attracted experts from the World Bank. Today, we are negotiating all the nuances with state bodies,” said Kassymbek.

The ministry drafted the code on subsoil and its use currently being deliberated in the working group.

“We plan to submit it to the government in August and in September we will submit it to the Mazhilis (lower house) of the Parliament for consideration. Within the draft code, the transition to international standards for the calculation of mineral reserves is envisaged. The adoption of the code should increase the investment attractiveness of geological exploration and give impetus to the development of domestic junior companies. The plan is that the code should come into force on January 1, 2018,” he said.

He added Kazakhstan is looking forward to adopting the plan for the technical modernisation of basic sectors of the economy in December. Its key area is investment attraction.

Regarding the transfer of new technologies, foreign projects were launched in Kazakhstan in 2016 with the assistance of the international technology transfer centre. Based on the selection results, four projects were awarded innovative grants totalling 800 million tenge (US$2.5 million). There are plans to implement two more pilot projects this year, said the minister.

Speaking about the country’s transport and logistics progress, Kassymbek said the volume of services in the transport sphere grew by 3.8 percent in 2016. Transit and container shipments from China-Europe-China increased more than twofold to 104,500 containers, calculated as twenty foot equivalent units (TEUs), compared to 47,000 TEUs in 2015.

Construction of the infrastructure facilities for the dry port of the Khorgos-Eastern Gate special economic zone was completed in October. Work is also underway to build transport and logistics centres in various regions and terminals in the ports of Lianyungang in China and Klaipeda in Lithuania.

“Work is continuing to increase container traffic to two million containers by 2020. In 2017, a double increase in the number of containers is expected. In the direction of China-Europe-China, we see a growth of almost 2.6 times for the first four months [of this year]. The share of domestic freighters in the internal market in 2016 increased to 46 percent. We believe at least 50 percent of the international transportation should be carried out by Kazakh carriers,” said Kassymbek.

“By 2020, there are plans to open new flights from Astana and Almaty. Just recently, flights to Warsaw from Astana were launched and Chinese air carriers started to fly from Beijing to Astana. Now, taking into account the flights that Air Astana is making, flights from Almaty and Astana to Beijing are almost daily. Daily flights depart to London and the imminent plans are Budapest and Helsinki. In July, the Astana-Delhi launch is planned,” he added.

Within the Nurly Zhol programme, 920 kilometres of significant highways involving about 75,000 workers were completed in 2016. Fifteen new projects totalling 3,200 kilometres are expected to be started this year. In total, work will be conducted on nearly 4,400 kilometres of roads by approximately 100,000 individuals.