By Malika Orazgaliyeva in International on 27 June 2017 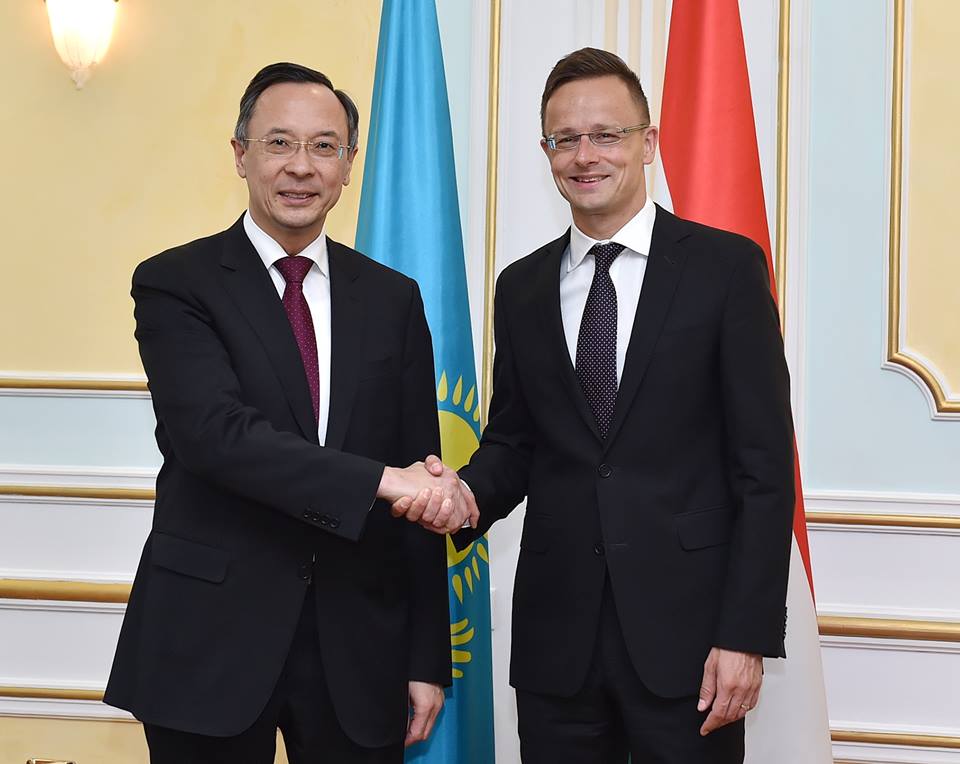 Abdrakhmanov noted the 25th anniversary of diplomatic relations, mentioning the high level of bilateral contact and saying the two countries have historical roots beyond their political and economic relations.

The sides focused on the priority of economic diplomacy as well as cooperation within the Kazakh-Hungarian Strategic Council.

“We need to use our strategic partnership to develop trade and economic cooperation. The necessary legal framework has already been created. We also look forward to cooperation within the framework of Hungary’s foreign economic strategy, Eastern Opening,” Abdrakhmanov said.

Kazakhstan traditionally views Hungary as a reliable ally in Central and Eastern Europe, it was noted.

“The priority areas in our relations are agriculture, the energy sector, pharmaceuticals, transport and logistics, innovations and tourism. The June 8 opening of a direct air route between Astana and Budapest will intensify contacts between business people and deepen the partnership in the tourist sphere,” Abdrakhmanov said.

“Another important area is educational cooperation. For example, Hungarian universities increased the number of grants for Kazakh students from 45 up to 200,” he added. 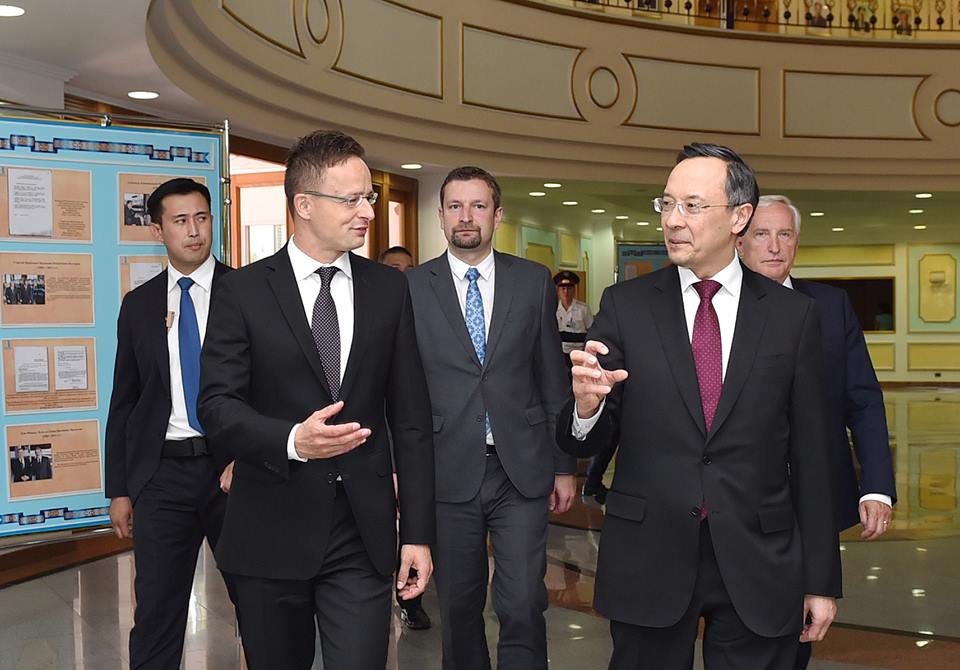 Abdrakhmanov thanked the Hungarian side for participating in EXPO 2017.

Szijjarto said Hungary considers Kazakhstan a strong factor of stability in the region.

“On July 1, Hungary begins its (tenure as chair of the) Visegrad Group, which is a political alliance of four Central European states including the Czech Republic, Slovakia and Poland. We look forward to close cooperation with Central Asia, which is currently demonstrating dynamic growth and development,” Szijjarto said.

“Hungary supports Kazakhstan’s cooperation with the European Union. We were among the first to ratify the EU-Kazakhstan Enhanced Partnership and Cooperation Agreement. I hope that cooperation between our two countries will come to the new level,” Szijjarto added.

In addition, Szijjarto noted that Kazakhstan and Hungary have the same position regarding the fight against international terrorism. 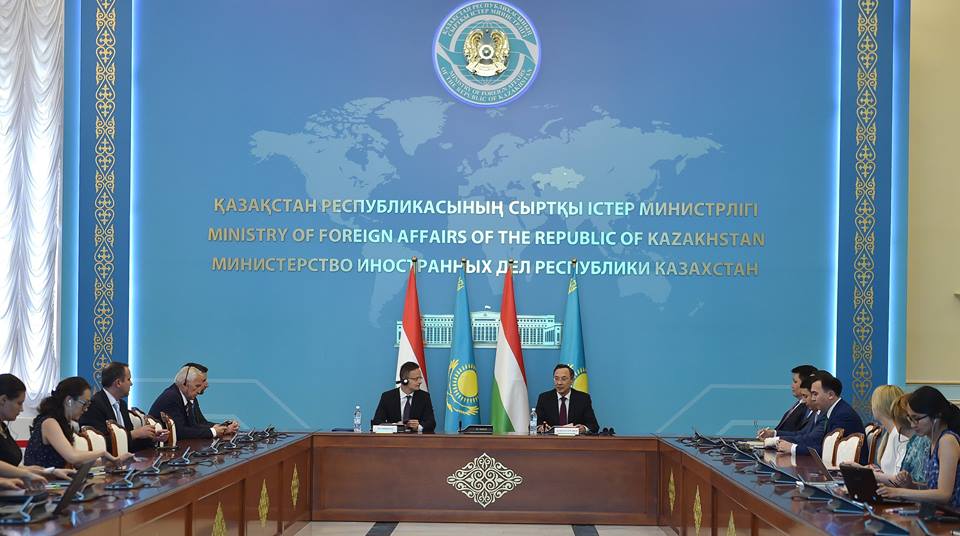