ASTANA – The 30th plenary session of the Foreign Investors Council under the President of Kazakhstan took place June 22 in Astana, bringing nearly 300 participants to the capital, including top executives of world’s leading companies in various fields. 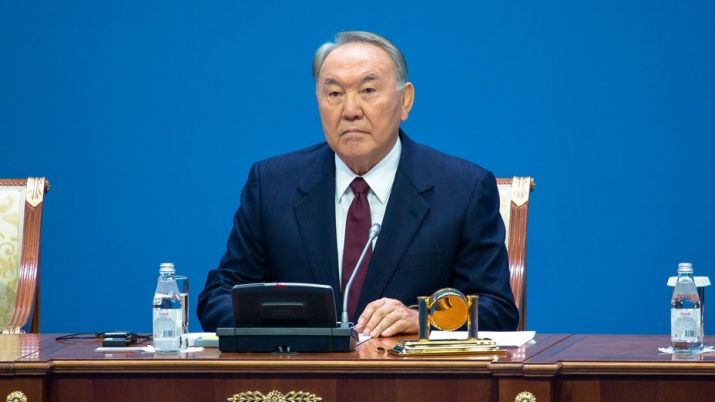 Kazakh President Nursultan Nazarbayev chaired the session devoted this year to Future Energy, which coincides with the main theme of the much-anticipated EXPO 2017 that opened its doors in early June.

“This year marks the 19th anniversary of the council. Our meetings have turned into a good tradition over these years. We have done a great job. You provided an enormous help to Kazakhstan in building our economy and carrying out reforms, which we are now implementing,” Nazarbayev said during his opening speech.

He also welcomed new members of the council. “It is natural that the council is changing steadily. Before proceeding to the agenda, I would like to introduce new members of the council.  They are the Asian Development Bank’s Vice-President for Private Sector and Co-financing Operations Diwakar Gupta and Marubeni’s Regional CEO for Europe, Africa and CIS Naoya Iwashita.  They replaced their colleagues who retired. There are also new members from the Kazakh side,” Nazarbayev noted.

With Future Energy being on top of the meeting’s agenda, participants discussed the implementation of previous meeting’s recommendations and challenges that world economies are facing today on their path to clean energy.

President  of the European Bank for Reconstruction and Development (EBRD) Sir Suma Chakrabarti stressed Kazakhstan’s active role in contributing to international efforts in the field of future energy. “Kazakhstan and EBRD are writing a new chapter of this story almost every day,” he added.

Being the largest investor in renewable energy across 37 countries with the volume of investments in this area equalling $1.9 billion in Kazakhstan, the EBRD and Kazakhstan recently agreed on basic terms of the agreement on a wind power plant in South Kazakhstan region and doubled the size of Burnoe solar power plant in Zhambyl region.

Special attention was paid to the digitalisation of economy and industrial processes, which could help world economies decrease operation costs and increase productivity. “For the first time in history, digital technologies can provide us with a unified picture of the entire energy chain from energy generation to its supply and consumption,” said General Electric Oil & Gas President Lorenzo Simonelli.

He outlined GE’s cooperation with Kazakh companies, such as Air Astana, Tengizchevroil and Kazakhstan Temir Zholy, in digitalisation of their operations.

“Rich resources, human capital and modern industries help us see Kazakhstan’s enormous potential in the use of these innovations. That is why GE actively supports Kazakhstan’s vision of Industrial Internet driving future growth of Kazakhstan, which was put forward by President Nazarbayev,” said Simonelli.

German Gref, CEO of Russia’s largest commercial lender, Sberbank, also asserted the importance of keeping up with emerging trends in global economy, among which is digitalisation.

“Those who fail to stick to the digitalisation trend today will be late tomorrow and it will cost much for large structures and states. Kazakhstan needs to pay attention to several specific trends. First, digitalisation of public services. Kazakhstan is able to achieve that in short time creating a competitive state by cutting number of officials, bureaucracy and time needed to provide a service. Introducing artificial intelligence in all state sectors will help fulfilling this objective,” he said.

Gupta also highlighted Kazakhstan’s active efforts in transition to green economy, which is stipulated in the Green Economy Concept adopted by Kazakhstan in 2013. “Kazakhstan has a potential to become a green financial centre for the entire Central Asian region. ADB is ready to work with Kazakhstan in developing solutions to promote green economy,” he noted.

“Our priority is an accelerated modernisation of economy. This is what I discussed in my address (to the people of Kazakhstan). We need to develop new industries using innovations and digital technologies,” Nazarbayev said.

He also suggested the topic for the council’s next session “Accelerated Modernisation,” which was approved unanimously.

Established in 1998, the Foreign Investors Council aims to stimulate greater cooperation and interaction between Kazakhstan and foreign investors by serving as a platform for dialogue and providing favourable investment conditions.