By Anuar Abdrakhmanov in Sports on 14 June 2017 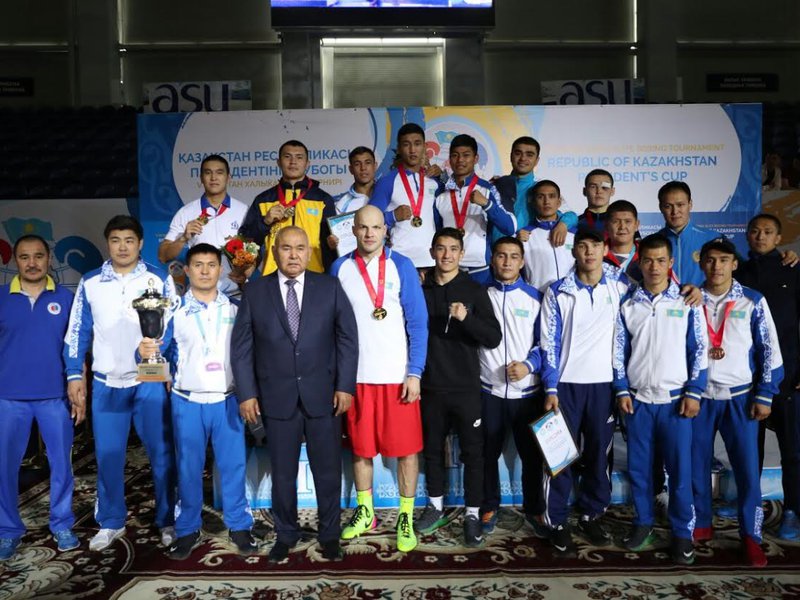 The strongest boxer in the men’s 49kg was Filipino Paalam Carlo. The champions’ titles in all other weight categories went to Kazakh boxers. Among all the finals, fans and pundits alike noted the intensity of the bout in the 69kg category between Sadriddin Akhmedov and Uzbek Bobo-Usmon Baturov, which was narrowly claimed by the host boxer.

Rio Olympics’ silver medallist Vasily Levit defeated his opponent from India Chauhan Gaurav. At the final awards ceremony, Team Kazakhstan handed the President’s Cup they won to Levit as recognition of his status as the national team’s informal leader.

“I had a good opponent in the finals. I changed my tactics a bit in the first round. The coaches made some adjustments in the second round. Everything turned out well. The main objective at this tournament for me was to gain practical experience. Now we will be training for the World Championship,” said Levit.

The AIBA World Boxing Championships are scheduled to take place Aug. 25 to Sept. 3 in Hamburg, Germany.

“This tournament is important, first of all, for our boxers, who will be travelling to Germany. This is another opportunity to test their strength before the [bigger] tournament, pay attention to their mistakes and try to correct them. This will also help gain some competitive practical experience. This year several European countries could not take part in the President’s Cup, but those teams that came put up a good competition too. We saw representatives of various boxing schools such as the Philippines, Iran, and Uzbekistan, so all bouts were tense,” said Myrzagali Aitzhanov, head coach of Kazakhstan’s national boxing team.