ASTANA – Italian officials revealed a few details of Italy’s EXPO 2017 pavilion during a June 2 press conference in Astana devoted to Italy’s National Day. Among the details revealed was that the pavilion’s walls will include visual and audio effects. 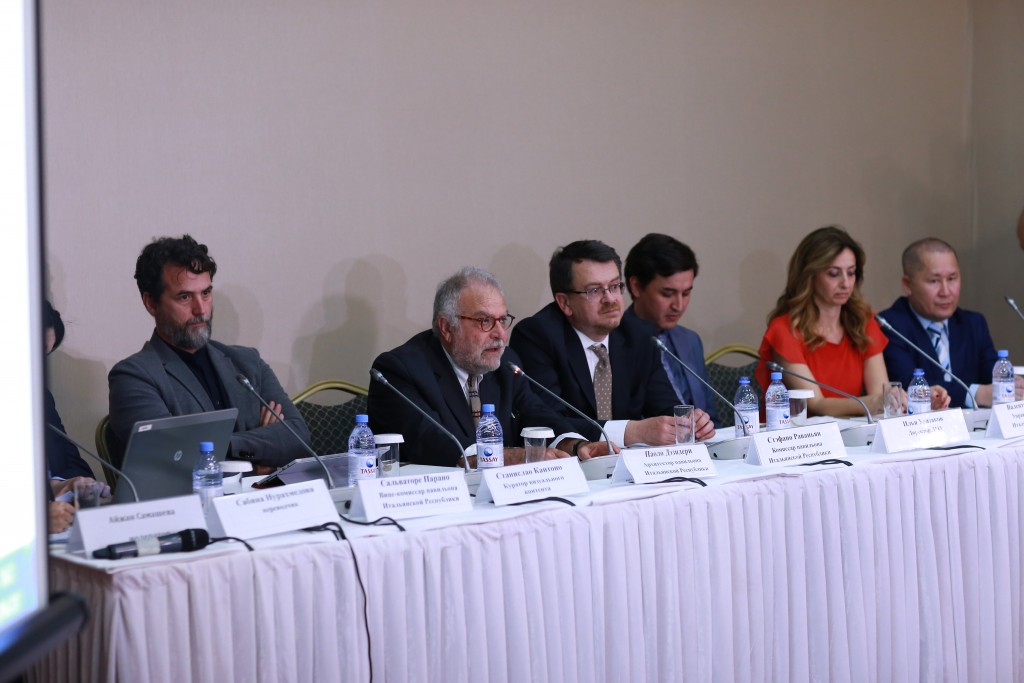 “As a designer, I chose to create the physical squares that would represent the cities of Italy, historic cities based on their resources as a first theme. In our pavilion, the historic cities of Italy will speak via walls. Walls will talk due to our visual content. And there will be a constant broadcast,” said pavilion architect Paolo Desideri.

Translations will be provided, as well as English and Russian subtitles.

“This is done for visitors to hear the music of our language. The catalogue with information is almost done, it will be presented in three languages: Russian, Kazakh and English,” the designer said.

The pavilion is 900 square metres and its four main halls are named after prominent Italian scientists, such as Leonardo da Vinci, Alessandro Volta, Enrico Fermi and Antonio Pacinotti.

The pavilion concept is based on the question ‘What is energy and what does it serve?’ Moving from one room to another, visitors will plunge into the history of Italy and see the future for which the homeland of poets and sea travellers is striving today, says the press release.

According to Ambassador of Italy to Kazakhstan and Italy’s EXPO 2017 Commissioner Stefano Ravagnan, a fascinating journey to the natural places and cultural and historical places of Italy is awaiting visitors to the pavilion. Guests will see technologies, which were developed and applied by Italian innovators. All that will be possible due to a unique 360-degree panorama.

During the press conference, Italian officials gave a video presentation noting that Italy’s 15 regions, 11 private companies and five national institutes will participate in the expo.

“Our regions have developed hundreds of promising projects, turned to the future, and are aiming to develop new ways of obtaining and using energy with greater environmental friendliness and efficiency,” said Ravagnan.

He added that each region will also showcase its unique offerings. For instance, the Veneto region will bring Murano glass. The region of Tuscany will present ceramics. The region of Lazio and the city of Rome will show models of Roman ruins. Also, there will be 15 objects of art.