ASTANA – A book by French independent journalist Lise Barcellini highlighting Kazakhstan’s prominent figures and published by a private French publisher is intended to serve as a connection to the Francophone world and break some clichés. 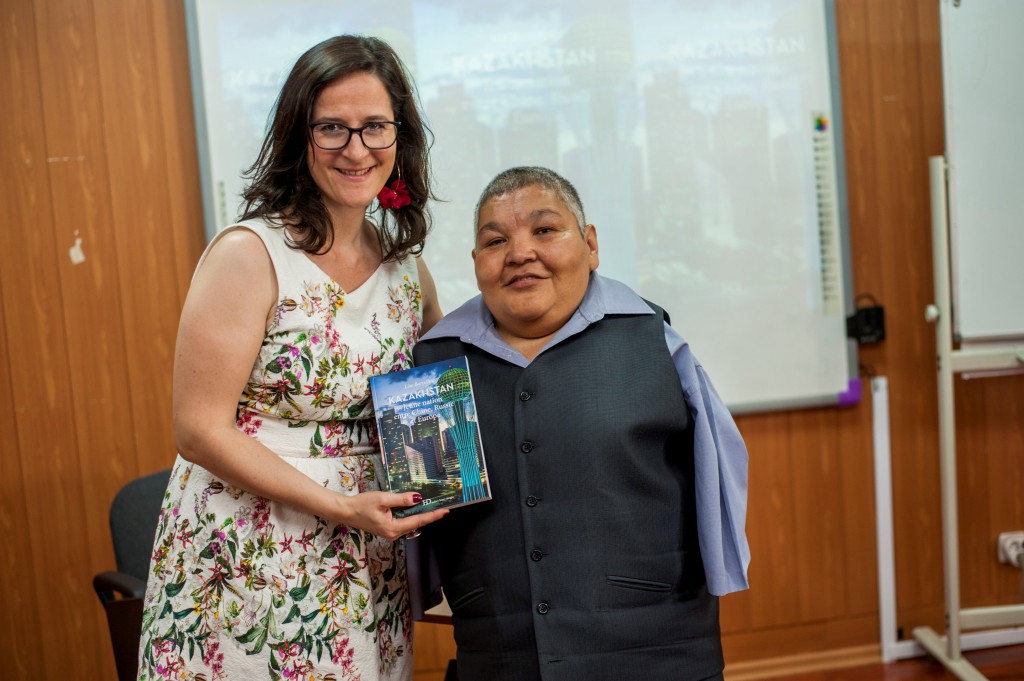 Barcellini moved to Kazakhstan two years ago with her husband from France, and had to quit her job for the relocation. However, having been a journalist at France’s top television channels, she refused to just kill time in the steppe country with manicure sessions. She wanted to make her time in Kazakhstan as useful as possible, she said.

The result was her book, “Kazakhstan, Young Nation Between China, Russia and Europe.

“I wanted to find a way to meet the [local] people, not just to mingle with the foreigners,” said Barcellini in an exclusive interview with The Astana Times. “I was a journalist before, so I decided to do something to use my skills. I found this way to talk about Kazakhstan. I found a publisher in France and did my research here and met with the people.”

The book of 41 interviews tells a modern tale of a young nation: 41 people, voices and stories.

The people she interviewed for the book reveal the country’s human, ethnic, historic and geographic diversity and include such prominent figures as Olzhas Suleimenov, poet, diplomat and leader of the Nevada-Semipalatinsk international anti-nuclear movement; Toktar Aubakirov, the country’s first astronaut; Dossym Satpayev, a political analyst; Rashid Nugmanov, film director and producer; Karipbek Kuyukov, honorary ambassador of The ATOM Project and anti-nuclear testing advocate, and many others. Some interviews were anonymous.

During the presentation of the book in Astana, Barcellini noted that back in her native country, Kazakhstan is still mostly associated with the 2006 feature “Borat: Cultural Learnings of America for Make Benefit Glorious Nation of Kazakhstan,” which is a complete misrepresentation of the country, she believes.

In her book she takes a new approach and sheds light not only on the country’s natural resources but also on its human resources.

Barcellini says she tried to stay as neutral as possible while writing the book.

“I have no sponsors, I have no links with the French embassy here, I am not linked with Kazakhstan’s embassy in France, I don’t want any political support in any case, no companies or money. I was not paid, but this book was published by a private company called Atelier Henry Dougier, to which I am very grateful. So I didn’t earn anything by doing this, but I also didn’t lose anything.”

Barcellini is going back to France after her mission is done in Kazakhstan and will return to being a television reporter.

“I am a journalist because I love meeting people. Television is meeting people, connecting with them but not writing. Writing a book, on the contrary, is harder as you have to sit down, reflect and write your thoughts down. It’s a very different type of work and was completely new for me. I really liked it so maybe in the future I will write more books,” she said in conclusion.

ATOM Project Honorary Ambassador Karipbek Kuyukov, who had travelled to the capital from Karaganda just for the presentation, following the presentation said: “[Barcellini] wrote a book about people that she believes were meant to be in it. The fact that she thought of me when selecting candidates means a lot to me. I am very thankful to her for this gesture. Many French people will read this book and discover Kazakhstan’s prominent figures like Olzhas Suleimenov and Toktar Aubakirov – all these people are the heroes of Kazakhstan and played a crucial role in the establishment of our independence.”