By Kamila Zhumabayeva in Nur-Sultan on 1 June 2017

ASTANA – It is that time of the year again when the residents of the capital can get outside and enjoy having open-air exercises with fitness professionals. Fitness Park Astana has opened a new season of weekly workouts at Astana’s parks. 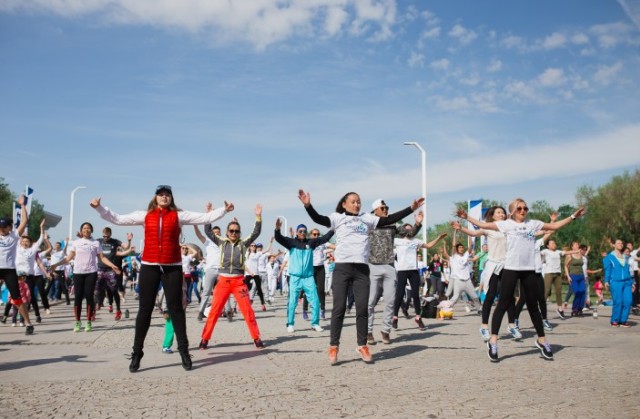 One can go for CrossFit, Brazilian jiu-jitsu, Zumba, Combat battle or yoga sessions led by the best fitness instructors in the city. Trainings are then followed by cool down exercises and music.

Exercises are from 10 a.m. to 1 p.m. every Sunday during the summer at Stolichniy (Capital) Park, Zheruyik and Studencheskiy parks.

“From the bottom of my heart, I congratulate all on the opening of this project. Because the projects that promote sports are very important. I recommend all to engage in sports and support its development,” Olympic champion Daniyar Yeleussinov said in an earlier interview, according to Olympic.kz.

Fitness Park Astana has become a well-loved activity for many, including many beginners. From businessmen to stay-at-home parents people come to cross fit trainings. 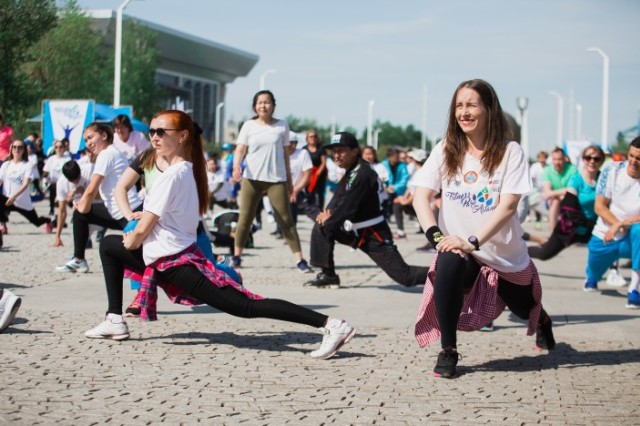 “There are many new beginners this year. Considering cross fit is quite a complex type of sport activity, people with completely different levels of physical training started coming to our trainings. And this is good news as striving is the main thing here. We are holding exercises at all three parks and hope it will be so every Sunday,” said one CrossFit coach, Total.kz reported.

Yeleussinov along with Olympic athlete Georgiy Tsurtsumia thanked organisers for a great initiative and wished them good luck during the second season of Fitness Park Astana.

The capital’s Akimat (city administration) is an organiser while the National Olympic Committee of Kazakhstan supported the project this year.

“I really liked open-air trainings. Even kids are thrilled to bits even though we came here early. You know there is some kind of a special energy here. We will surely come back next Sunday,” one of the mothers who came to combat-battle training with her children noted.

Exercising at a park is far more pleasant than at a gym, according to her.