ASTANA – “Between ISIL and Al-Qaeda: Central Asian militants in the Syrian war,” written by Kazakh political scientist Yerlan Karin, was presented May 30 in Almaty, reported Tengrinews.kz. The co-author of the book is American expert Jacob Zenn. 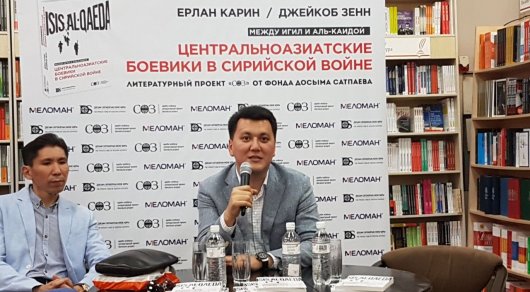 “I have been studying the topic of terrorism since the 1990s. After the events of 2011 in Kazakhstan, this topic touched me even deeper and I decided to find out what was happening. Everyone remembers the sensational video about 150 of Kazakhstan’s citizens who left to fight in Syria. The video was also showing babies, wives and children. It shocked even us, experts. … I monitored and researched the topic of extremism; I went right to the spot, to the regions of Kazakhstan, as well other countries, including the United States and Turkey,” he said.

According to various sources, about 30,000-40,000 people from 80 countries are at war in Syria. Karin came up with the idea of the book after visiting the United States, where he met Zenn, an analyst of African and Eurasian Affairs for the Jamestown Foundation and consultant on countering violent extremism, international law of freedom of association and socio-cultural analysis for geospatial visualisation.

“This book consists not of theory, but of practice,” said political scientist Dosym Satpayev, who published the title and wrote the foreword. 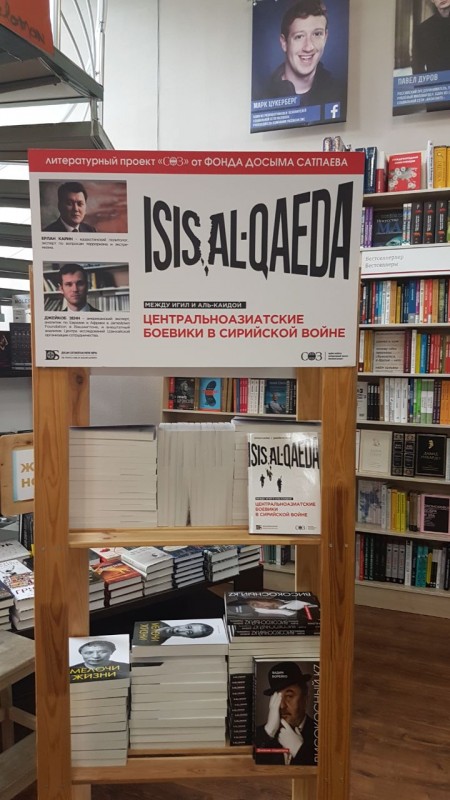 “This is one of the first serious analytical works in our region which is based on strict scientific systematisation of the received data. The last decades have shown that in most countries of the region, there was a transformation of individual protest groups towards greater radicalisation a long time ago. A serious threat was represented by the fact that for a long time, the reasons for this radicalisation at the official level were considered to be in the external influence of the international terrorist, while the roots of radicalism lay within Central Asia itself,” he said.

Karin also talked about the people imprisoned for extremism, who can “infect [other convicts] with this virus,” noting he and his colleagues spoke five-six hours with each person. He added every issue has a downside. For some time, all the individuals interviewed for the book were held in one of the country’s prisons. The authors observed the concentration of radicalism has increased in this region, since relatives came to visit the convicts.

The book is not Karin’s first; his previous title, “Soldiers of the Caliphate: Myths and Reality,” was presented in 2014. He is a former head of the Kazakhstan Institute of Strategic Studies, the country’s major think tank, and is now the chairperson of the Kazakh Republican Television and Radio Corporation.